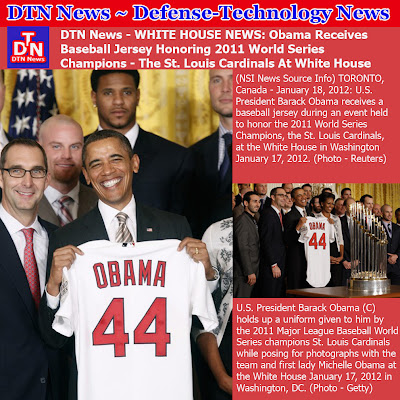 The Cardinal's visit to Washington will include a stop at Walter Reed Military Medical Center in Bethesda, Maryland, to visit with patients and their families. 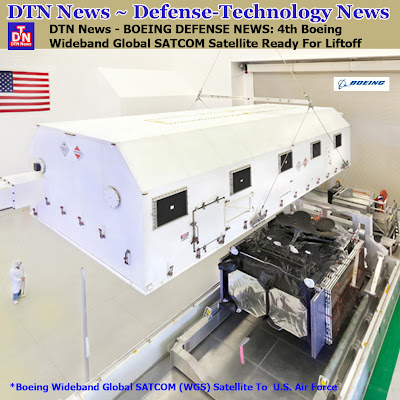 "This launch will be another important step in advancing communications capabilities for U.S. warfighters and allies around the world," said Craig Cooning, vice president and general manager of Boeing Space & Intelligence Systems. "When it enters service, WGS-4 will join three other WGS satellites that deliver critical communications to help warfighters execute missions with greater safety and efficiency."
Boeing built and tested the WGS-4 spacecraft at its manufacturing facility in El Segundo. Upon arrival at Cape Canaveral on Nov. 15, the satellite was moved into a processing facility to complete a series of prelaunch tests that validated the satellite's operational readiness, including its ability to communicate with the ground control segment and launch site.
Boeing has delivered three WGS satellites and is under contract for six more, including WGS-4. They are built on the proven Boeing 702HP platform, which features highly efficient xenon-ion propulsion, deployable thermal radiators, and advanced triple-junction gallium-arsenide solar arrays that enable high-capacity, flexible payloads. The WGS communications payload has unique flexibility that is important to the military, as well as the ability to interconnect terminals that operate in different frequency bands and to reposition coverage beams based on evolving mission needs. WGS supports missions ranging from tactical communications to and between ground forces, to relaying data and imagery from airborne intelligence, surveillance and reconnaissance platforms.
A unit of The Boeing Company, Boeing Defense, Space & Security is one of the world's largest defense, space and security businesses specializing in innovative and capabilities-driven customer solutions, and the world's largest and most versatile manufacturer of military aircraft. Headquartered in St. Louis, Boeing Defense, Space & Security is a $32 billion business with 63,000 employees worldwide. Follow us on Twitter: @BoeingDefense.
Photo credit: Boeing photo
Neg. #: SEF11-10875-345
Contact:
Tiffany Pitts
Space & Intelligence Systems
Office: 714-372-2307
Mobile: 714-329-3027
tiffany.l.pitts@boeing.com