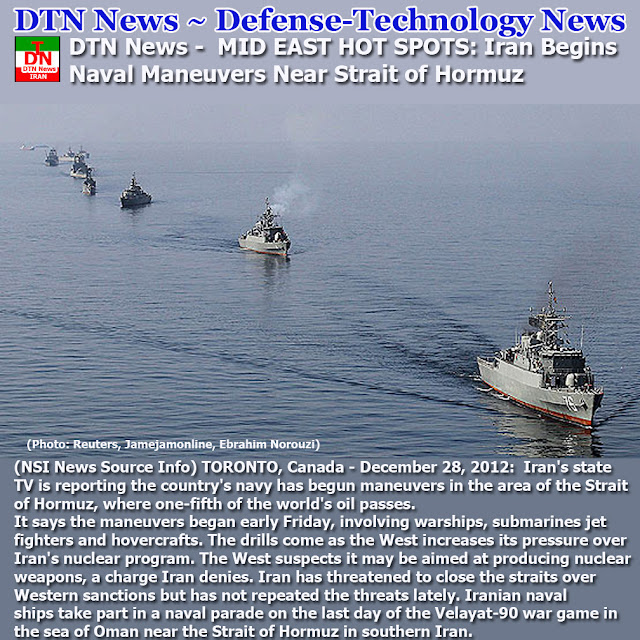 The drills come as the West increases its pressure over Iran's nuclear program. The West suspects it may be aimed at producing nuclear weapons, a charge Iran denies.

Iran has threatened to close the straits over Western sanctions but has not repeated the threats lately. 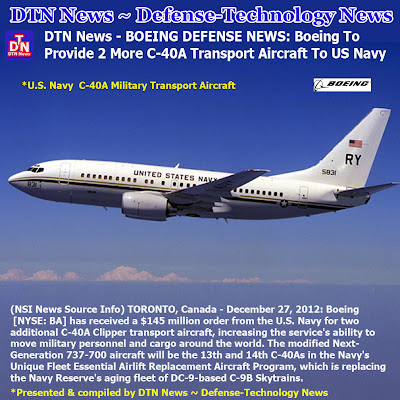 "The C-40A offers superior performance and range, 21st century avionics and quiet, fuel-efficient engines, and is increasing the Navy's capability for rapid response," said Andy Reheis, Boeing Global Transport and Executive Systems program manager. "Boeing looks forward to continuing our support of the Navy and meeting the service’s airlift needs."
The C-40A is certified to operate in an all-passenger configuration, an all-cargo variant, or as a "combi" that accommodates both cargo and passengers on the main deck.
The Boeing 737 aircraft in the C-40A program are manufactured by in Renton, Wash., and sent to the company"s facility in San Antonio for modifications and certification. Boeing delivered the first C-40A to the Navy Reserve in 2001. Boeing also provides contractor logistics support for the C-40A fleet with industry partners Delta Technical Operations and J.K. Hill and Associates.
A unit of The Boeing Company, Boeing Defense, Space & Security is one of the worlds largest defense, space and security businesses specializing in innovative and capabilities-driven customer solutions, and the world's largest and most versatile manufacturer of military aircraft. Headquartered in St. Louis, Boeing Defense, Space & Security is a $32 billion business with 60,000 employees worldwide. Follow us on Twitter: @BoeingDefense.

The Navy required a Navy Unique Fleet Essential Airlift Replacement Aircraft (the NUFEA-RA Program). This aircraft, since designated the C-40A, was required to replace the aging C-9 fleet. Boeing offered the 737-700 new technology aircraft in response to the Navy’s request for proposal. The Navy did not request and Boeing did not specify any particular equipment to be designated by manufacturer and model number except the basic aircraft itself. Instead, general capabilities and performance requirements were specified.

The C-40A, a derivative of the 737-700C, that will accommodate 120 passengers, eight pallets of cargo, or a combination configuration consisting of 3 pallets and 70 passengers. The 737-700C is modified with a large cargo door and the strengthened wings and landing gear of the 737-800. The aircraft has a range of 3,400 NM with 5,000 lbs. of cargo and provides long range, high priority logistical airlift in support of Fleet activities.

Congress approved funding for the first four aircraft in 1997. A contract for two C-40As was signed in August 1997, with an option for a third. Delivery of the first aircraft was made in December 2000. On July 30, 1999, Boeing Defense and Space Group was awarded a $43,700,000 modification to the previously awarded contract for the procurement of one C-40A aircraft, to be delivered by August 2001. Five aircraft have been ordered; a sixth aircraft was funded in the FY 2001 budget.

The C-40A is able to carry 121 passengers or 40,000 pounds of cargo, compared with 90 passengers or 30,000 pounds for the C-9. In addition, the maximum range for the Clipper is approximately 1,500 miles more than the C-9. It has a fully digital "glass" cockpit that will allow for future growth and is also fitted with a head-up display, allowing pilots to keep their eyes up and outside in low-visibility approaches. One major improvement is the C-40A's navigation system includes GPS, which will aid in approaches to airports in Third World countries with older, less reliable ground systems.