Musharraf faces the death penalty if convicted of the charges over his suspension of the constitution and imposition of emergency rule in 2007, when he was trying to extend his rule as president. 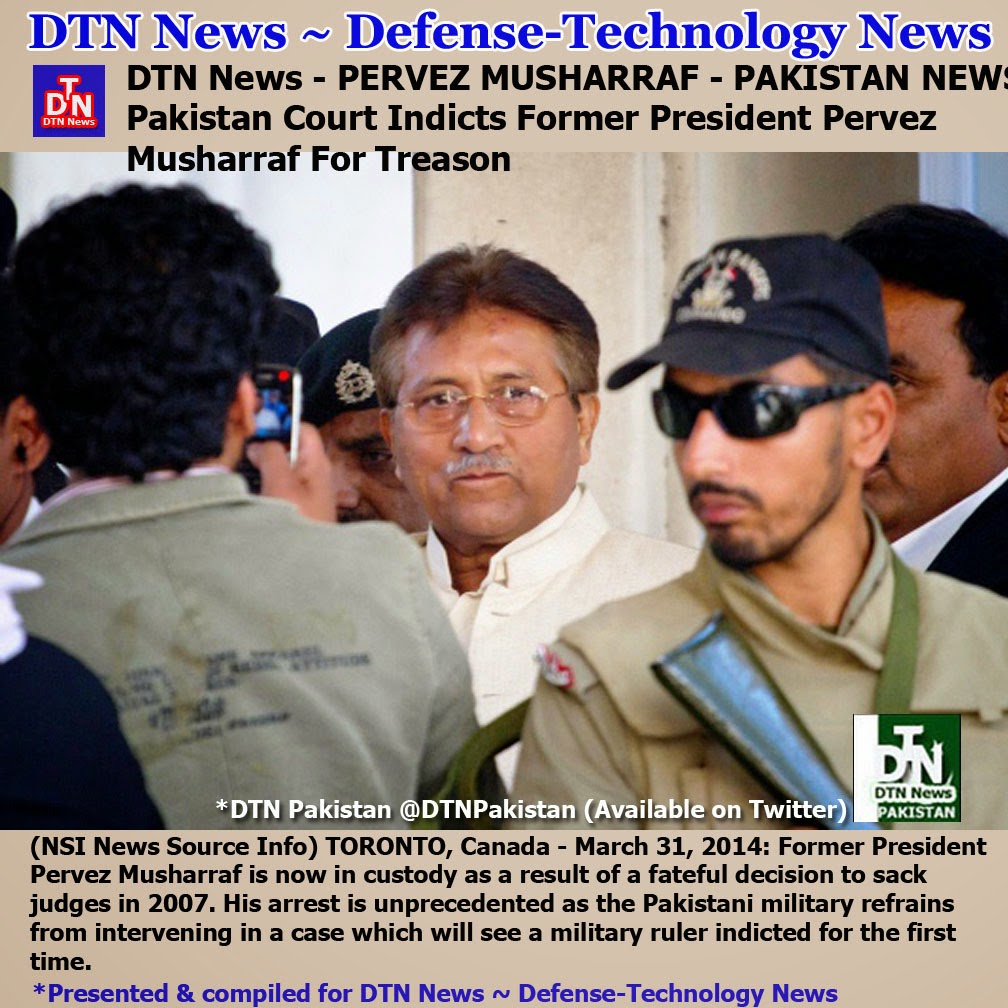 Musharraf stood ramrod straight and replied "Not guilty" to each charge.

"I would like to ask where is the justice for me in the Islamic republic of Pakistan ... I have only given to this country and not taken anything," Musharraf said.

"I prefer death to surrender."

The case is being closely watched for any impact on the relationship between Pakistan's three power centres — the historically powerful military, an increasingly independent judiciary and the civilian government, led by Prime Minister Nawaz Sharif.

Some observers are concerned that the trial could anger the army, which has ruled Pakistan for more than half its history since independence in 1947.

Musharraf has told reporters the whole army supported him, though the military leadership has given no indication that it might intervene in the trial.

Musharraf's lawyer later asked the court for permission for his client to visit his sick mother in Dubai. The former military ruler is currently under house arrest. The court promised to rule on the request during the day's proceedings.

Musharraf's trial began last November, but faced repeated delays. First he refused to appear. Then a series of explosive devices was found planted along his route.

On January 2, he was rushed to hospital when he suffered chest pains on the way to court.

Musharraf's lawyers have challenged the court's jurisdiction, saying it was inherently biased because the judiciary had helped lead popular protests that led to his resignation in 2008.


They argue that Musharraf cannot receive a fair trial under the government of Sharif, who won landslide elections a year ago. Musharraf deposed Sharif in a coup in 1999.

"Some of the shells fired by North Korea dropped in our area and our side responded with fire," a spokesman for the South Korean Joint Chiefs of Staff (JCS) told AFP. 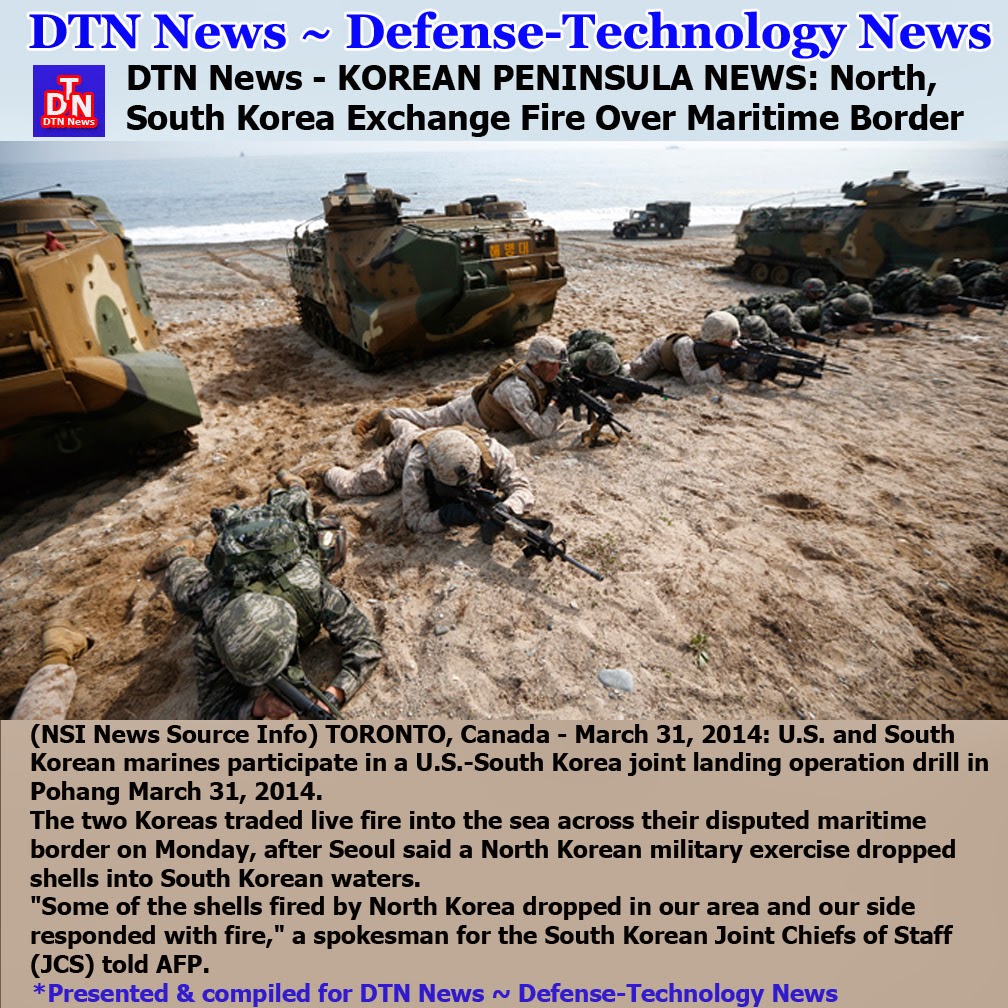 There was no indication that either side was firing at any particular target.

Officials on the South Korean border islands of Yeonpyeong and Baengnyeong said residents were being evacuated to shelters as a precaution.

The North Korean live fire exercise began at 12:15 pm (0315 GMT) and the South began responding with its own volley of artillery shells within 30 minutes.

"For the moment, both sides are firing into the sea," the JCS spokesman said.

North Korea regularly conducts live-fire drills but, in an unusual move, it had notified the South of Monday's exercise in advance.

The JCS had immediately warned it would respond in the event of any shells falling on its side of the border.

The Yellow Sea boundary is an extremely sensitive region that has been the scene of brief but bloody clashes in the past.

"The aim is to threaten us and rack up tension on the Yellow Sea border and the overall Korean peninsula," South Korean Defence Ministry spokesman Wi Yong-Seop told reporters before the North Korean drill began.

"The fact that they sent a message to us indicates their hostile intention," Wi said.

The exchange of fire came a day after North Korea threatened to carry out a "new form" of nuclear test -- seen as a possible reference to efforts to build a nuclear warhead small enough to fit on a ballistic missile.

Pyongyang has carried out a series of rocket and short-range missile launches in recent weeks, in a pointed protest at ongoing annual South Korea-US military exercises.

On Wednesday it upped the ante by test-firing two mid-range ballistic missiles capable of striking Japan.

It was the first medium-range missile launch since 2009 and coincided with a trilateral summit attended by the South, the United States and Japan that focused on presenting a united front to the dangers posed by Pyongyang's nuclear ambitions.

UN resolutions prohibit the North from firing any ballistic missiles and the UN Security Council said it would consider taking "appropriate" action -- a response that triggered the North's "new" nuclear test threat.

North Korea has conducted three nuclear tests, the most recent -- and most powerful -- in February last year.

Most experts believe it is still some way from mastering the technology required to build a miniaturised warhead -- a development that would be seen as a game-changer in assessing the North's nuclear arms capabilities.

The de-facto maritime boundary between the two Koreas -- the Northern Limit Line -- is not recognised by Pyongyang, which argues it was unilaterally drawn by US-led United Nations forces after the 1950-53 Korean War.

Both sides complain of frequent incursions by the other and these resulted in limited naval clashes in 1999, 2002 and 2009.

North-South tensions have been rising for weeks, undermining hopes raised after the North in February hosted the first reunion for more than three years of families separated by the 1950-53 war.

As well as the annual South Korean-US military drills, the North has been angered by efforts to bring Pyongyang before the UN Security Council over a UN report detailing Pyongyang's record of systematic human rights abuse.

On Friday, the UN Human Rights Council adopted a resolution urging the Security Council to ensure that those responsible for "gross human rights violations" in North Korea be held to account.