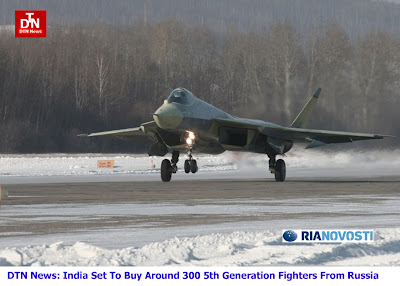 "Over the next decade, Russian-Indian military cooperation will focus on two projects: a utility transport and a fifth-generation fighter," said Russian Defense Minister Anatoly Serdyukov, who is on a two-day visit to India.

The jointly-produced fifth generation fighter will not be a copy of the existing Sukhoi T-50 prototype ordered for the Russian Air Force, but will be a separate creation, a high-profile source in the Russian delegation in New Delhi said.

The countries are planning to unveil a one-seater and a two-seater version of the fighter by 2015-2016.

The costs are planned to be shared by the two states fifty-fifty.

The Times of India earlier said India may invest over $25 billion on buying fifth-generation fighters for its Air Force.