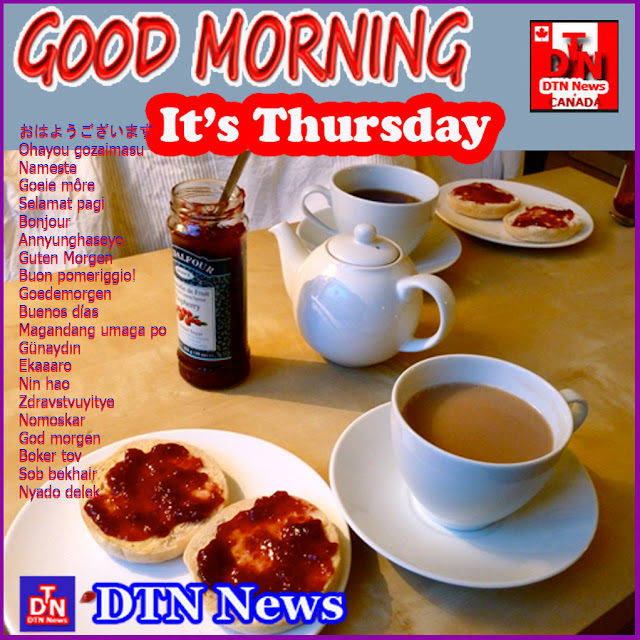 Qatar Airways is the first customer in the world to take advantage of the new modification offering, a reflection of its focus on providing a superior product to its customers.

"Qatar Airways operates one of the world's youngest and most technologically advanced fleets, and we are always seeking ways to grow our operational advantage," said His Excellency Akbar Al Baker, Qatar Airways Group Chief Executive. 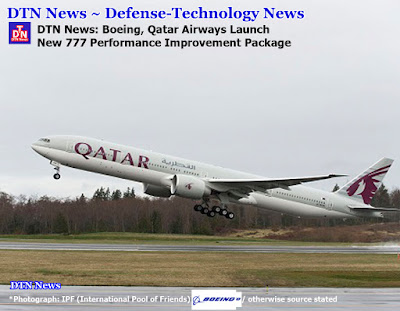 "We appreciate Boeing's continued efforts to improve the value and efficiency of our existing airplanes, allowing us to stand out in the marketplace and keep our fleet at the forefront of global aircraft performance capabilities."

Doha-based Qatar Airways is the state-owned flag carrier of Qatar. The airline currently operates a fleet of 34 Boeing 777-300ERs and nine 777-200LRs, in addition to 10 777 Freighters, linking over 150 international destinations across the globe.

(NSI News Source Info) TORONTO, Canada - July 12, 2016: China has lost a key international legal case over strategic reefs and atolls that it claims would give it control over disputed waters of the South China Sea. The judgment by an international tribunal in The Hague chiefly in favour of claims by the Philippines will increase global diplomatic pressure on Beijing to scale back military expansion in the sensitive area.

By depriving certain outcrops – some of which are exposed only at low tide – of territorial-generating status, the ruling effectively punches a series of holes in China’s all- 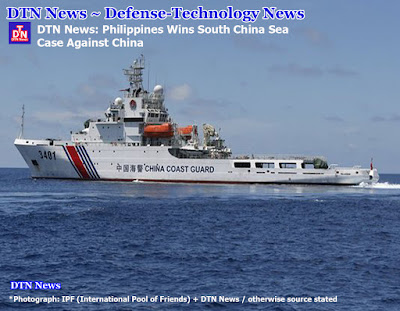 encompassing “nine-dash” demarcation line that stretches deep into the South China Sea. It declares large areas of the sea to be neutral international waters.

Beijing claims 90% of the South China Sea, a maritime region believed to hold a wealth of untapped oil and gas reserves and through which roughly $4.5tn of ship-borne trade passes every year. Vietnam, Malaysia, Brunei and Taiwan also contest China’s claims to islands and reef systems close to their territory than Beijing’s.

Sporadic violence between Chinese vessels and those of south-east Asia militaries have broken out in recent decades and the verdict, the first international legal decision on the issue, could have unpredictable consequences.

The court case at the permanent court of arbitration in The Hague, the UN-appointed tribunal that adjudicates in international disputes over maritime territory, has been running since 2013.

The judgment does not allocate any of the outcrops or islands to rival countries but instead indicates which maritime features are capable under international law of generating territorial rights over surrounding seas.

China has previously stated that it “will neither accept nor participate in the arbitration unilaterally initiated by the Philippines”. The tribunal ruled, however, that China’s refusal to participate did not deprive the court of jurisdiction and that the Philippines’ decision to commence arbitration unilaterally was not an abuse of the convention’s dispute settlement procedures.

Prof Philippe Sands QC, who represented the Philippines in the hearing, said: “This is the most significant international legal case for almost the past 20 years since the Pinochet judgment.” Last year, US officials claimed the Chinese had built up an extra 800 hectares (2,000 acres) on their occupied outposts across the South China Sea over the previous 18 months.

The main focus of activity has been on Mischief Reef, where satellite images reveal the island is growing bigger, and is surrounded by fleets of dredgers and tankers.

Speaking on the eve of the court’s ruling, Bonnie Glaser, a senior Asia adviser at the Center for Strategic and International Studies, said she did not anticipate a major escalation from Beijing over its findings but admitted its reaction was hard to predict. “[If] the Chinese really do perceive that the ruling is just poking a finger in their eye I think there is a good possibility they will lash out,” she said.

“I believe we have all underestimated Xi Jinping,” Glaser said of China’s strongman president who has pursued an increasingly assertive foreign policy on issues such as the South China Sea. “He just seems quite comfortable with a high level of friction with every country.”

China’s foreign minister spoke to the US secretary of state, John Kerry, by telephone last week to warn Washington against moves that infringe on China’s sovereignty, Chinese state media reported.

And Beijing conducted military drills in the South China Sea, deploying at least two guided missile destroyers, the Shenyang and Ningbo, and one missile frigate deployed.

China says it follows a historical precedent set by the “nine-dash line” that Beijing drew in 1947 following the surrender of Japan. The line has been included in subsequent maps issued under Communist rule.

But the Philippines strongly contests China’s claims, specifically on nearby islands it says are part of the West Philippine Sea. Manila argued in seven hearings that China has exceeded its entitlement under the UN convention on the law of the sea. That gives China 12 miles of territorial waters around islands it controls, far less than claimed under the nine-dash line.

Beijing has the support of Russia and Saudi Arabia but has also garnered backing from dozens of smaller nations far from and not greatly affected by the hearing, including landlocked African countries Niger and Lesotho, as well as Palestine, Afghanistan and Togo. Vanuatu, a Pacific island nation of fewer than 300,000 citizens, also supports Beijing.

The Philippines has been backed by the US, UK, France, Japan and others.

The Philippine president, Rodrigo Duterte, is widely considered unpredictable and his moves in the next days and weeks will determine what could happen next.