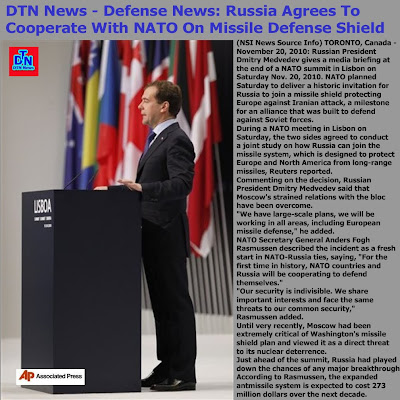 “Today we have not only buried ghosts of the past that have haunted us for too long,” said NATO Secretary General Anders Fogh Rasmussen after alliance leaders met today with Russia

n President Dmitry Medvedev at the end of a two-day summit in Lisbon. “We have made a fresh start.”

NATO is trying to turn the anti-missile system -- initially opposed by the Kremlin -- into a fulcrum for cooperation with Russia as part of the U.S.-driven “reset” of East-West relations. Russia and the 28-nation North Atlantic Treaty Organization will create a “working group” on missile defense, according to an official Russian fact sheet.

An anti-missile shield to protect Europe and North America “offers a role for all of our allies to respond to the threats of our times,” Obama said. “We look forward to working with Russia to build our cooperation with them in this area.”

Both NATO and Russia face “common challenges and we have important common interests,” a joint NATO-Russia statement said.

Allied officials said the 10-year, 200 million-euro ($273 million) cost of the shield, as modified by Obama from a proposal by former President George W. Bush, makes it a bargain at a time of shrinking defense budgets. It would build on a smaller-scale system being developed to protect troops in the field.

Russia had objected to the Bush administration plan, which foresaw permanent anti-missile bases in Poland and the Czech Republic, two nations dominated by the Soviet Union during the Cold War. Russia viewed the Bush plan as a threat to its strategic arsenal. 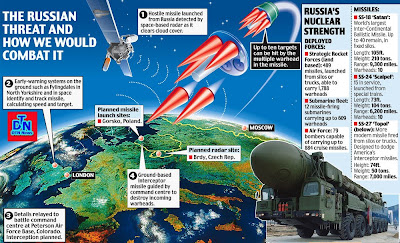 Obama’s plan does away with fixed bases, relying on mobile and sea-based radars and interceptors that the U.S. says would be easier to tie in with Russian systems.

Obama said NATO leaders back him on the Strategic Arms Reduction Treaty with Russia, saying it will enhance European security as well.

The treaty is awaiting ratification by the U.S. Senate. The president’s push for a vote suffered a setback this week when Arizona Senator Jon Kyl, the chamber’s second-ranking Republican and one of his party’s leading voices on nuclear-weapons policy, said the issues are too complex to resolve by year’s end.

NATO members Turkey and France also raised questions about the missile shield. The U.S. aimed to sway Turkey by not naming in a summit statement its neighbor Iran as the potential missile threat, and by offering the prospect of a degree of Turkish military control over the system. French officials said they agreed to sign on after winning language that NATO considers the shield as a complement to nuclear deterrence, and not a replacement.

To contact the editors responsible for this story: James Hertling at jhertling@bloomberg.net; Mark Silva at msilva34@bloomberg.net 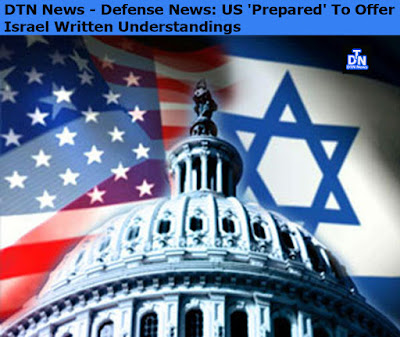 In talks last week, US Secretary of State Hillary Clinton put together a package of incentives to get Israeli Prime Minister Benjamin Netanyahu to accept a fresh 90-day moratorium on new settlement building in a bid to get stalled peace talks with the Palestinians back on track.

But Netanyahu has baulked at bringing the deal to his security cabinet until he receives the pledges in writing.

US State Department spokesman Philip Crowley told reporters that "if there's a need to put certain understandings in writing, we will be prepared to do that."

It was the first time State Department officials, who have kept mum about the details of the ongoing Israeli-US discussions, have said President Barack Obama's administration is willing to put something in writing.

The US package of incentives is aimed at cajoling the Jewish state into imposing a new moratorium, opening the way for a return to the negotiating table.

Direct peace talks resumed on September 2 but collapsed three weeks later with the expiry of a 10-month Israeli ban on settlement building in the occupied West Bank.

Palestinian president Mahmud Abbas has since refused to rejoin the talks until a new moratorium is imposed.

David Hale, assistant to US Middle East envoy George Mitchell, briefed Abbas on details of the plan at a meeting earlier this week in the West Bank town of Ramallah.

Ahead of the Abbas-Hale meeting, Palestinian chief negotiator Saeb Erakat said that for talks to resume, Israel would have to stop construction in all of the West Bank, including east Jerusalem, which the Palestinians want as the capital of their promised state.

Crowley said Hale was still in region, where he is due to meet Friday and Saturday with his counterparts from Jordan and Egypt, which co-sponsored the launch of peace talks in Washington in September.