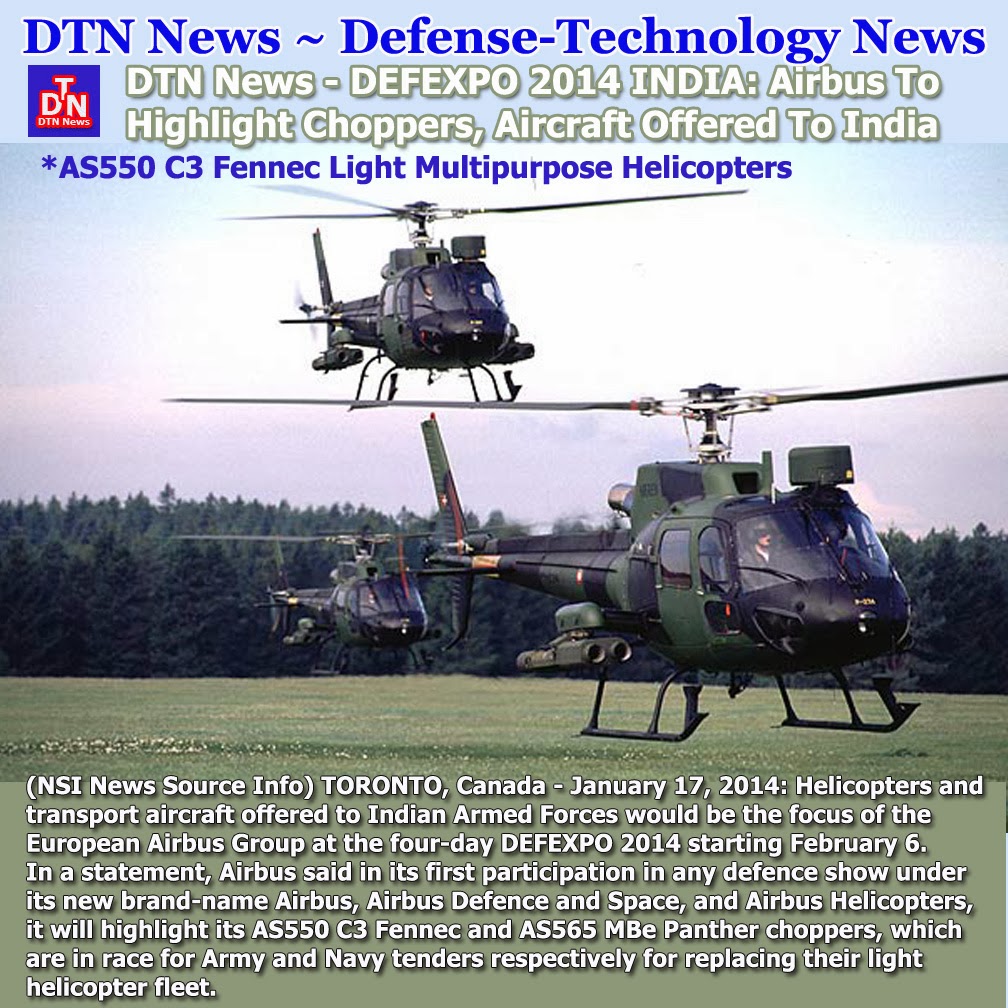 In a statement, Airbus said in its first participation in any defence show under its new brand-name Airbus, Airbus Defence and Space, and Airbus Helicopters, it will highlight its AS550 C3 Fennec and AS565 MBe Panther choppers, which are in race for Army and Navy tenders respectively for replacing their light helicopter fleet.

"Defexpo is an important land, naval and homeland security exhibition for us as it provides an excellent platform to interact with customers and potential partners. From January 1, EADS has rebranded and reorganised to Airbus Group, this will be our first international show under the new brand," said Yves Guillaume, President India, Airbus Group.

"We are investing in expanding our industrial and engineering footprint here because we regard India as a strategic resource hub for the Group and not just as a market. It is this message of partnership that we would like to take to our audience here via the show," he said.

The Group will also showcase its C295 tactical transport aircraft, which is being offered by Airbus for IAF's requirement for replacement of the Avro aircraft.

In UAV section, it will put on display the Tanan 300 is a diesel engine-powered tactical vertical takeoff and landing UAS especially suited for maritime surveillance.