Source: DTN News - - This article compiled by Roger Smith from reliable sources By Samia Nakhoul - Reuters
(NSI News Source Info) TORONTO, Canada - October 10, 2012: The picture is deceptively normal. Posted on the Facebook page of President Bashar al-Assad of Syria, it shows the first lady Asma, dressed in jeans and a t-shirt, accompanying her daughter and three sons on their first day back at school. 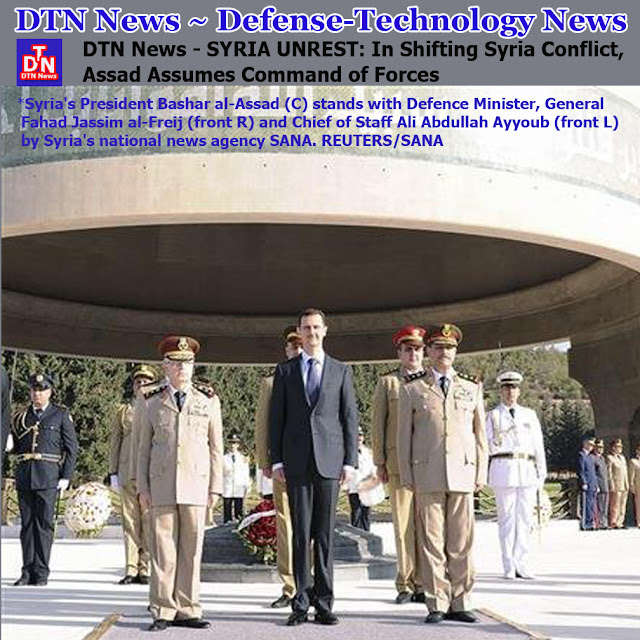 Two of the boys wear camouflage shorts with khaki t-shirts and caps, in keeping with the spirit of a ruler under siege. Yet when she dropped off Hafez, the eldest, named after his strongman grandfather, only one other child had arrived in class because of rebel attacks in Damascus that morning.