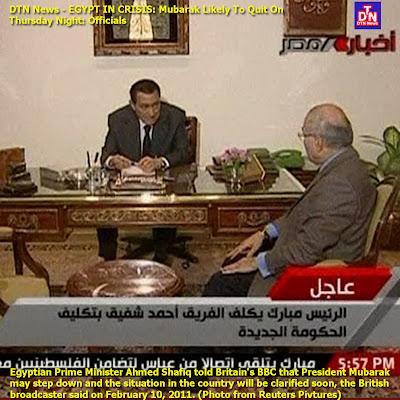 Asked if Mubarak would step down, an Egyptian official told Reuters: "Most probably."

The BBC also quoted the head of Mubarak's political party as saying that the president might go.

"I spoke to the new secretary general of the ruling National Democratic Party, Hossan Badrawi," a BBC reporter said. "He said: 'I hope the president is handing over his powers tonight'.

The head of the U.S. Central Intelligence Agency also said it was likely Mubarak would step down in the next few hours.

"There's a strong likelihood that Mubarak may step down this evening, which would be significant in terms of where the, hopefully, orderly transition in Egypt takes place," Leon Panetta told a congressional hearing in Washington.

Prime Minister Ahmed Shafiq also told the BBC that the 82-year-old strongman may step down.

The president has been buffeted by widespread protests against poverty, repression and corruption that broke out last month in an unprecedented display of frustration at his autocratic rule.

Hundreds of thousands of people have taken to the streets to demand that Mubarak quit and clashes between protesters and security forces have killed at least 300 people.

Mubarak has clung on to power, promising to step down in September, but that was not enough to end the uprising.

On Thursday afternoon, Egypt's military announced it was taking measures to preserve the nation and aspirations of the people after a meeting of the Higher Army Council.

The meeting of the Higher Army Council was headed by the defense minister and Mubarak was not present, according to television footage.

Pro-democracy protesters in the main focus of the opposition, Tahrir, or Liberation, Square, cheered as it seemed that Mubarak's removal was imminent.

Organizers were promising another major push on the streets on Friday when protesters said they plan to move on to the state radio and television building in "The Day of Martyrs" dedicated to the dead.

Washington has pressured Mubarak to speed up the pace of reform but has stopped short of demanding the resignation of the president of the country, which has a peace treaty with Israel and an army which receives about $1.3 billion in U.S. aid a year.

"The army is facing the choice between standing with Mubarak and perhaps being swept aside or going with the popular flow. I think they will give away Mubarak almost as a fig leaf. Possibly (Vice President Omar) Suleiman as well, although he is not as unpopular as Mubarak. There is an element of regime preservation going on here from the army elite," Julien Barnes-Dacey, a Middle East analyst at Control Risks in London, told Reuters. 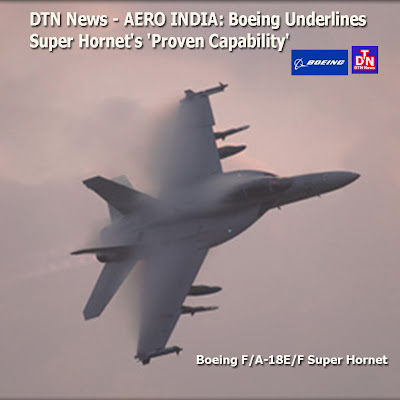 "We absolutely believe that the Super Hornet is an ideal weapon system as a complement to the [Indian air force's Sukhoi Su-30," says Kory Matthews, vice-president F/A-18 and EA-18G programmes for Boeing Military Aircraft. "Multi-role capability is at the sweet-spot of this fighter."

Matthews notes that the US Navy's Super Hornet fleet is currently being flown at a rate of around 120,000h per year, and that over 100,000h has already been amassed under combat conditions. Crucially for the US Hornet industry team here this week - which also includes GE Aviation and Raython- the type's APG-79 is the only combat-proven active electronically scanned array radar in the contest, he says.

In terms of through-life costs, the USN's operation of the F/A-18E/F has shown the type to be "highly reliable and with excellent maintainability", Matthews says. For example, an average of just 12 maintenance man hours are currently required per flight hour, he adds.

With India expected to issue a shortlist within the next few months to narrow its current six-strong field for the MMRCA programme, Matthews speculates that it could pick three of the twin-engine candidates to advance to the next phase. "We've offered a fully compliant proposal with the Super Hornet, and believe it's ideally suited," he says.

The F/A-18F Super Hornet flying at the show each day is doing so with what the Boeing official describes as an "operationally-relevant" weapons load. Totalling almost 1,220kg (4,000lb), this includes two each of Raytheon's AIM-9X and AIM-120 air-to-air missiles and two Mk 82-series bombs. 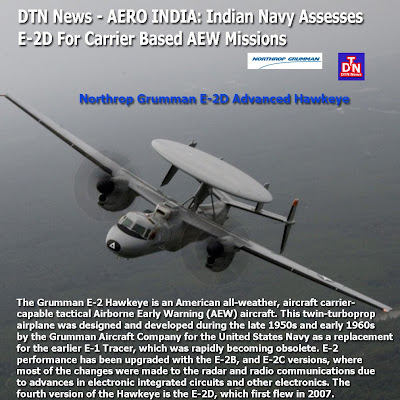 The navy issued the request for information in May 2010 and the company responded in the summer of the same year, says Tom Trudell, Northrop's manager for international business development in the AEW and BMC2 programmes.

"The E-2D is the only AEW&C platform in existence that can perform carrier-based operations. We are waiting for the navy to decide in its airborne early warning requirements and its long-term plans for carrier aviation. But we come here three or four times a year and brief the navy on our capabilities and how they fit their requirements," adds Trudell.

Under the RFI, the aircraft must be able to carry out airborne surveillance, detect and track both airborne and surface contacts, control air interceptions and air strikes. It should be capable of providing an integrated air and surface picture of the area under surveillance in adverse weather conditions and in dense electronic environment. Finally, it should be capable of being used as a command and control platform.

Secondary requirements include being able to undertake maritime patrol and limited search and rescue missions. The aircraft must be capable of operating in the tropical conditions prevailing in the Indian Ocean region, according to the RFI.

While the first Vikrant class aircraft carrier that India is indigenously designing and manufacturing will feature a ski-jump, the second aircraft carrier is likely to feature a catapult take-off system. The E-2D would be able to operate on the latter if the navy goes ahead and purchases the system.

The navy currently uses the Kamov KA-31 Helix helicopters for its airborne early warning missions, but it wants aircraft with a longer range and endurance as it acquires a deep sea capability.