Source: DTN News
((NSI News Source Info) TORONTO, Canada - December 24, 2012:  In the Western world, the birthday of Jesus Christ has been celebrated on December 25th since AD 354, replacing an earlier date of January 6th. The Christians had by then appropriated many pagan festivals and traditions of the season, that were practiced in many parts of the Middle East and Europe, as a means of stamping them out. 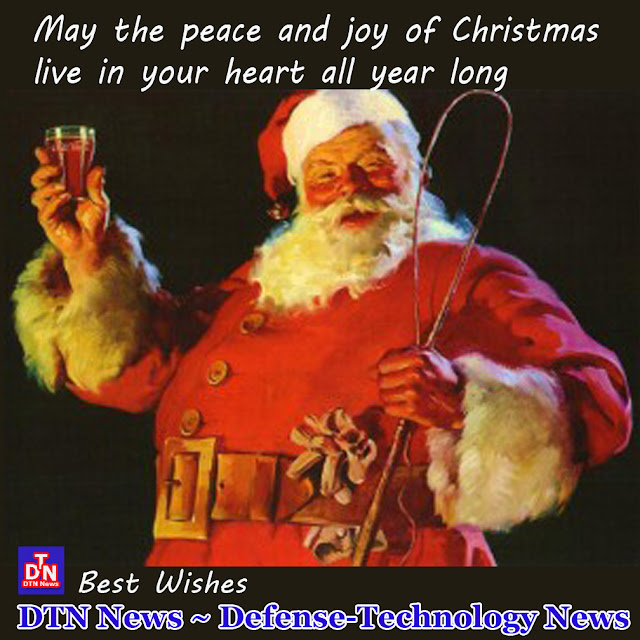 There were mid-winter festivals in ancient Babylon and Egypt, and Germanic fertility festivals also took place at this time. The birth of the ancient sun-god Attis in Phrygia was celebrated on December 25th, as was the birth of the Persian sun-god, Mithras.

The Romans celebrated Saturnalia, a festival dedicated to Saturn, the god of peace and plenty, that ran from the 17th to 24th of December. Public gathering places were decorated with flowers, gifts and candles were exchanged and the population, slaves and masters alike, celebrated the occasion with great enthusiasm.

In Scandinavia, a period of festivities known as Yule contributed another impetus to celebration, as opposed to spirituality. As Winter ended the growing season, the opportunity of enjoying the Summer's bounty encouraged much feasting and merriment. The Celtic culture of the British Isles revered all green plants, but particularly mistletoe and holly. These were important symbols of fertility and were used for decorating their homes and altars. New Christmas customs appeared in the Middle Ages.

The most prominent contribution was the carol, which by the 14th century had become associated with the religious observance of the birth of Christ. In Italy, a tradition developed for re-enacting the birth of Christ and the construction of scenes of the nativity. This is said to have been introduced by Saint Francis as part of his efforts to bring spiritual knowledge to the laity. Saints Days have also contributed to our Christmas celebrations.

A prominent figure in today's Christmas is Saint Nicholas who for centuries has been honored on December 6th. He was one of the forerunners of Santa Claus. Another popular ritual was the burning of the Yule Log, which is strongly embedded in the pagan worship of vegetation and fire, as well as being associated with magical and spiritual powers. Celebrating Christmas has been controversial since its inception.

Since numerous festivities found their roots in pagan practices, they were greatly frowned upon by conservatives within the Church. The feasting, gift-giving and frequent excesses presented a drastic contrast with the simplicity of the Nativity, and many people throughout the centuries and into the present, condemn such practices as being contrary to the true spirit of Christmas. The earliest English reference to December 25th as Christmas Day did not come until 1043. 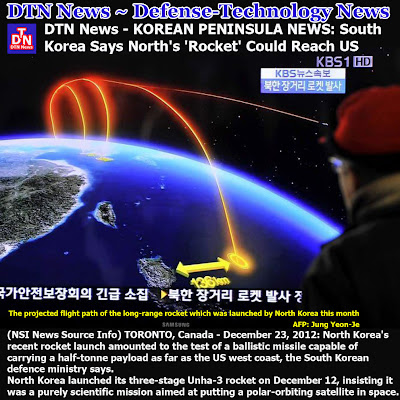 North Korea launched its three-stage Unha-3 rocket on December 12, insisting it was a purely scientific mission aimed at putting a polar-orbiting satellite in space.

South Korea's estimate was based on analysis of an oxidiser container - recovered from the rocket's first-stage splashdown site - which stored red fuming nitric acid to fuel the first-stage propellant.

"Based on our analysis and simulation, the missile is capable of flying more than 10,000 kilometres with a warhead of 500-600 kilograms," a defence ministry official said.

The estimated range of 10,000 kilometres covers the whole of Asia, eastern Europe and western Africa as well as Alaska and a large part of the US west coast including San Francisco.

Without any debris from the second and third stages to analyse, the official said it could not be determined if the rocket had re-entry capability - a key element of inter-continental ballistic missile (ICBM) technology.

Most of the world saw the North's rocket launch as a disguised ballistic missile test that violates UN resolutions imposed after Pyongyang conducted nuclear tests in 2006 and 2009.

The success of the launch was seen as a major strategic step forward for the isolated North, although missile experts differed on the level of ballistic capability demonstrated by the rocket.

The debris collected by the South Koreans was made of an alloy of aluminium and magnesium with eight panels welded manually.

The South's navy later recovered three more pieces of the rocket - a fuel tank, a combustion chamber and an engine connection rod - from the Yellow Sea and has been analysing them since Friday, Yonhap news agency said.

"As additional pieces have been salvaged, we will be able to look deeper into the function and structure of North Korea's long-range rocket," said a defence ministry official quoted by Yonhap.

The communist North apparently timed the widely-condemned launch to mark the first anniversary of the death of its longtime ruler Kim Jong-Il and drum up more support for his son and successor, Kim Jong-Un.

Since the launch, Pyongyang's propaganda machine has gone into overdrive to heap praise on the ruling Kim dynasty for leading the successful mission and to urge support for the young ruler who took over a year ago.

The nuclear-armed nation has awarded medals to 101 rocket scientists and technicians who worked on the launch, the official Korean Central News Agency said.

"By successfully launching satellite Kwangmyongsong 3-2, they instilled great national self-esteem... and dealt a sledge-hammer blow at the hostile forces' desperate moves to check the advance of (the North)," it said.