CONTRACTS
NAVY
Raytheon Co., Tucson, Ariz., is being awarded a $136,248,637 contract for MK15 Phalanx Close-In Weapon System (CIWS) upgrades and conversions, system overhauls and associated hardware. The CIWS is a fast-reaction terminal defense against low- and high-flying, high-speed maneuvering anti-ship missile threats that have penetrated all other defenses. The CIWS is an integral element of the Fleet Defense In-Depth concept and the Ship Self-Defense Program. This contract includes options which, if exercised, would bring the cumulative value of this contract to $231,000,000. This contract provides purchases for the U.S. Navy (80 percent), Japan (15 percent), the U.S. Army (4 percent) and Pakistan (1 percent) under the foreign military sales (FMS) program. Work will be performed in Louisville, Ky. (26 percent); Anaheim, Calif. (16 percent); Melbourne, Fla. (11 percent); Dayton, Ohio (11 percent); Syracuse, N.Y. (10 percent); McKinney, Texas (5 percent); Andover, Mass. (5 percent); Bloomington, Minn. (5 percent); Radford, Va. (5 percent); Salt Lake City, Utah (3 percent); and Tucson, Ariz. (3 percent), and is expected to be completed by September 2017. Fiscal 2013 operations and maintenance, Navy, fiscal 2013 weapons procurement, Navy, FMS, fiscal 2013 shipbuilding and conversion, Navy, fiscal 2013 other procurement, Army funding in the amount of $136,248,637 will be obligated at time of award. Contract funds in the amount of $54,956,272 will expire at the end of the current fiscal year. This contract was not competitively procured in accordance with FAR 6.302-1(a)(2)(iii) - only one responsible source and no other supplies or services will satisfy agency requirements. The Naval Sea Systems Command, Washington, D.C., is the contracting activity (N00024-13-C-5406).

FLIR Systems Inc., Wilsonville, Ore., is being awarded a $49,900,000 firm-fixed-price, indefinite-delivery/indefinite-quantity contract for the repair and sustainment of the electro-optic sensors systems for the Ground Based Operational Surveillance System. Work will be performed in Wilsonville, Ore., and is expected to be completed by September 2018. Fiscal 2013 operations and maintenance, Marine Corps contract funds in the amount of $3,171,681 will be obligated at time of award and will expire at the end of the current fiscal year. This contract was not competitively procured in accordance with the statutory authority of 10 U.S.C. 2304(c)(1) as implemented by FAR 6.302-1, only one responsible source and no other supplies or services will satisfy agency requirements. Naval Surface Warfare Center, Crane, Ind., is the contracting activity (N00164-13-D-JQ38).

Lockheed Martin, Maritime Systems and Sensors, Moorestown, N.J., is being awarded an $18,254,540 modification to previously awarded contract (N00024-12-C-4309) to exercise and incrementally fund Aegis weapon system engineering and technical services. Work will be performed in Moorestown, N.J, and is expected to be completed by June 2014. Fiscal 2010, 2011 and 2012 shipbuilding and conversion, Navy funds in the amount of $125,508 will be obligated at time of award. Contract funds will not expire at the end of the current fiscal year. The Naval Sea Systems Command, Washington, D.C., is the contracting activity.

Navatek Ltd., Honolulu, Hawaii, is being awarded a $7,328,471 cost-plus-fixed-fee completion contract for the Integration, Expansion and Validation of Tools for the Navy Standard Design Environment. Work will be performed in Honolulu, Hawaii (70 percent) and in North Kingstown, R.I. (30 percent), and is expected to be completed Sept. 9, 2014.
Fiscal 2013 research, development, testing and engineering funds in the amount of $7,328,471 will be obligated at the time of award, and will not expire at the end of the current fiscal year. This contract was competitively procured under Broad Agency Announcement #13-001, with 11 proposals received. The Office of Naval Research, Arlington, Va., is the contracting activity (N00014-13-C-0367).

U.S. TRANSPORTATION COMMAND
American Auto Logistics, L.P., of Park Ridge, N.J., has been awarded a $23,300,000 delivery order modification to previously awarded delivery order DAMT01-03-D-0184-0009 to provide additional funding for transportation and storage services of privately owned vehicles. Work will be performed at multiple locations both within and outside of the continental U.S., with an expected completion date of Oct. 31, 2013. Fiscal 2013 transportation working capital funds of $23,300,000 are being obligated at the time of modification execution. The contracting activity is the U.S. Transportation Command Directorate of Acquisition, Scott Air Force Base, Ill.

ARMY
Tower Industries Inc., Greenville, Wis., was awarded a $14,524,248 firm-fixed-fee, option-eligible, non-multi-year contract modification (P00007) to contract (W52P1J-12-C-0051) for 6,482 each practice bombs of Bomb Dummy Unit-51 Cast ductile Iron-Based 500lbs. This is a foreign military sale to Saudi Arabia. Performance locations will be Greenville, Wis., with funding from fiscal 2012 and 2013 other procurement authority funds. This contract was a non-competitive acquisition with one bid solicited and one bid received. The U.S. Army Contracting Command - Rock Island, Arsenal, Rock Island, Ill., is the contracting activity.

CTI-URS Environmental Services LLC, Wixom, Mich., was awarded a $9,000,000 firm-fixed-price, non-option eligible, non-multi-year, indefinite-delivery/indefinite-quantity contract for environmental services in the U.S. Army Corps of Engineers Louisville mission boundaries. Performance location and funding will be determined with each order. This contract was a competitive acquisition via the web with one bid received. The U.S. Army Corps of Engineers - Louisville District, Louisville, Ky., is the contracting activity (W912QR-13-D-0048). 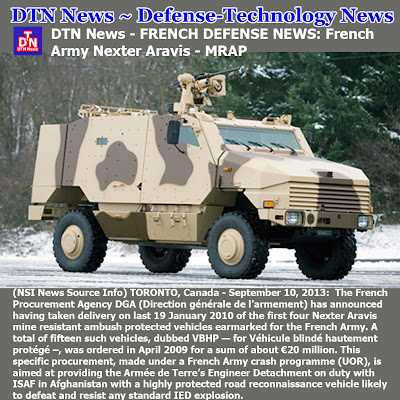 A total of fifteen such vehicles, dubbed VBHP — for Véhicule blindé hautement protégé –, was ordered in April 2009 for a sum of about €20 million. This specific procurement, made under a French Army crash programme (UOR), is aimed at providing the Armée de Terre’s Engineer Detachment on duty with ISAF in Afghanistan with a highly protected road reconnaissance vehicle likely to defeat and resist any standard IED explosion.


The report comes as Russian Foreign Minister Sergey Lavrov proposed that Syria puts its chemical weapons arsenal under international control for subsequent destruction in order to prevent a possible military strike against the war-torn country.

Moscow also urged Syrian authorities to join the Organization for the Prohibition of Chemical Weapons. The offer has already been passed over to Syrian Foreign Minister Walid al-Muallem, who met Lavrov in Moscow for talks on Monday.

“We don’t know if Syria will accept the offer, but if imposing international control over chemical weapons stored in the country can help to avoid military strikes, we are immediately going to start working with Damascus,” Lavrov said.

The Syrian Foreign Ministry has welcomed Moscow's initiative, “based on the Syrian’s government care about the lives of our people and security of our country,” Muallem said later on Monday.

Meanwhile, US National Security Adviser Susan Rice made a statement saying that Damascus' alleged "use of chemical weapons against its own people" posed a threat to US national security. “The use of chemical weapons also directly threatens our closest ally in the region, Israel,” she said, speaking at the New America Foundation in Washington.

The statement was made shortly after RT published a report about the possibility of a chemical provocation.

A few hours earlier, US Secretary of State John Kerry said that to avoid a military operation, Syrian President Bashar Assad has a week to surrender control of “every single bit” of his stock of chemical weapons to the international community. “But he isn't about to do it and it can't be done,” he added, speaking at a media conference in London as he wrapped up his European tour in a move to garner support for the Obama-proposed “limited” strike against Syria.

The US Administration has blamed the Syrian government for the alleged chemical weapons attack in the Damascus suburbs on August 21. Washington has maintained it has the intelligence to prove it, but has so far refused to make public a single piece of concrete evidence that would link the Assad regime to the deadly incident.

On Sunday, the Senate Select Intelligence Committee released a series of 13 videos showing what is purported to be proof of chemical weapons use in Syria. The disturbing images of the victims of the alleged attack were earlier shown during a closed-door briefing to a group of senators, as Obama is trying to get authorization from Congress for the military strike on Syria. The administration told senators that the authenticity of the videos was verified by the intelligence community, reported CNN, which first aired the graphic material.

The videos depict scenes of convulsing children, men vomiting and struggling to breathe, and also what appeared to be dozens of dead bodies wrapped up in white sheets, lying side by side. But the footage still does not provide an answer to the question of who was behind the attack. The Syrian government and the opposition forces point the finger of blame at each other.

It also remains unclear as to why exactly President Assad would order a chemical attack at a time when a group of UN experts were carrying out an investigation in the country.

There is proof the footage of the alleged chemical attack in Syria was fabricated, Mother Agnes Mariam el-Salib, mother superior of the St. James Monastery in Qara, Syria, told RT. She added that she plans to submit her findings to the UN. 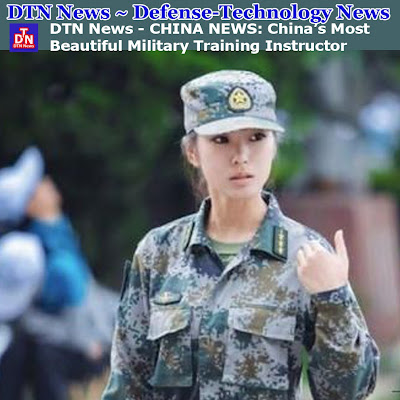 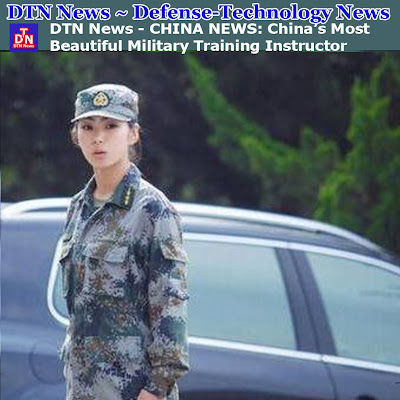 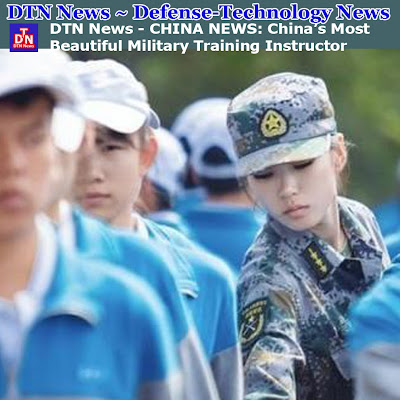 This female instructor is Zhang Yihan, who is a junior student of College of Art Design in Dalian Polytechnic University (DPU) in China. This university has the tradition that  junior students take charge of military training instructors. These students instructors have been trained strictly in summer holiday.

If she’s in your school, would you like to go back to school to receive the military training again? 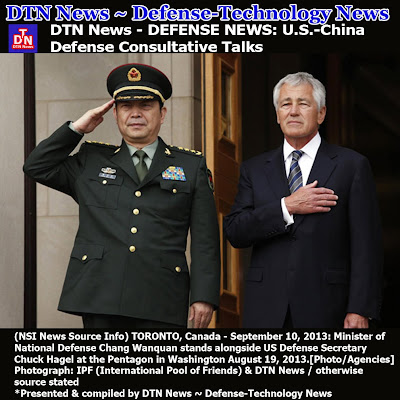 The two leaders discussed how to enhance strategic trust and build upon opportunities to expand cooperation in areas of mutual interest, including humanitarian assistance, disaster relief, peacekeeping, and maritime safety. They also discussed ways to enhance communications to improve understanding and avoid misperception. Both agreed to continue discussions between maritime legal experts, and sustain dialogue in key strategic areas including nuclear, missile defense, space, and cyber.

The two sides also exchanged views on the East and South China Sea. On North Korea, Miller emphasized the significant concerns of the United States regarding North Korea's nuclear and missile developments and called on China to maintain and increase pressure on North Korea to bring the regime back to credible and authentic negotiations aimed at denuclearization.