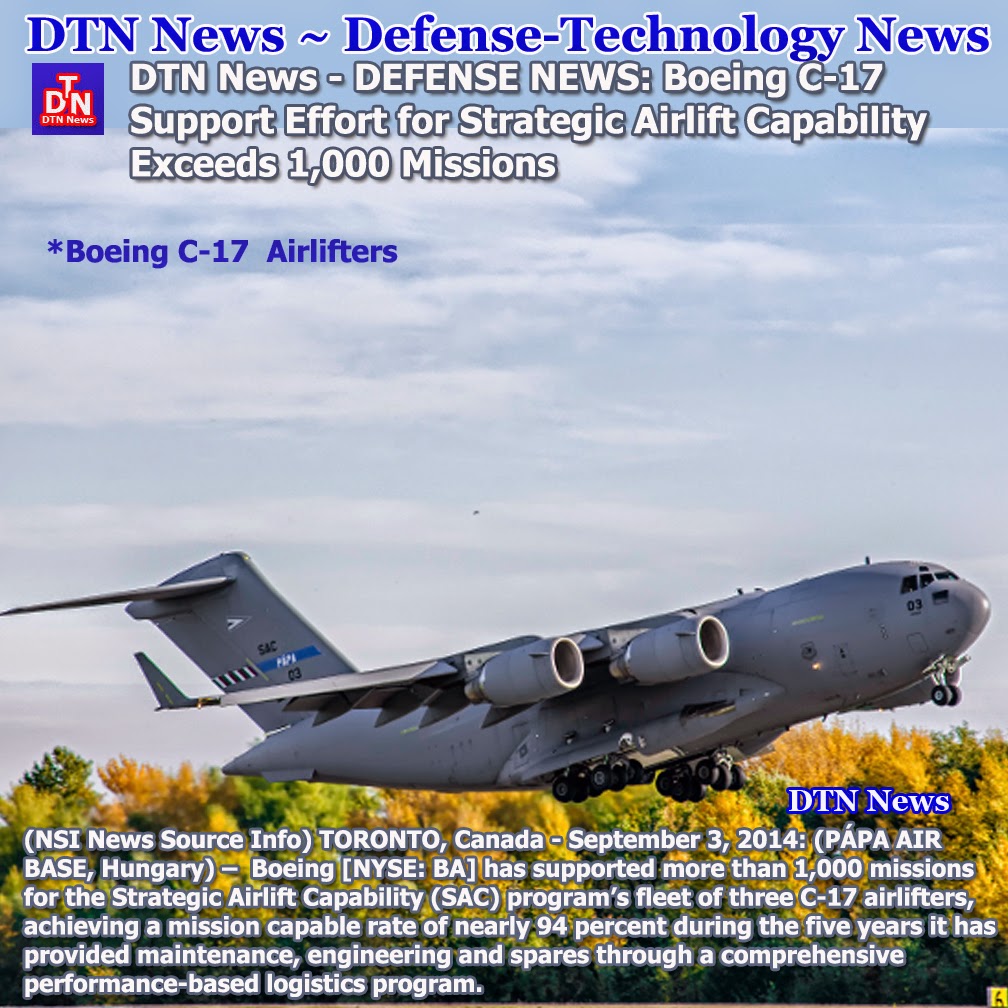 SAC is a multinational strategic airlift effort involving 10 NATO countries and two countries from the alliance’s Partnership for Peace program. The C-17s are operated by the Heavy Airlift Wing (HAW) at Pápa Air Base in Hungary. Boeing has more than 60 people supporting the effort, and Pápa Air Base was the first location where Boeing provided all C-17 operational maintenance.
“The Boeing team has been an important member of the SAC family from the start and contributes invaluably to the HAW flying safe missions for the nations,” said Royal Netherlands Air Force Col. Frank Rombouts, commander of the airlift wing.
Boeing has a large customer base in Central and Eastern Europe and supports more than 6,500 jobs in the region. The company spent nearly $6 million with Tier 1 suppliers in the Czech Republic, Hungary, Poland and Romania in 2012, according to Henryka Bochniarz, president of Boeing Central & Eastern Europe.
A unit of The Boeing Company, Boeing Defense, Space & Security is one of the world's largest defense, space and security businesses specializing in innovative and capabilities-driven customer solutions, and the world’s largest and most versatile manufacturer of military aircraft. Headquartered in St. Louis, Boeing Defense, Space & Security is a $33 billion business with 56,000 employees worldwide. Follow us on Twitter: @BoeingDefense.