Source: DTN News - - This article compiled by Roger Smith from reliable sources Asian Defense News
(NSI News Source Info) TORONTO, Canada - January 6, 2011: In late December, photos of a new Chinese jet fighter, that looked a lot like the American F-35, began appearing on Chinese web sites. Most of these pictures appeared to be taken with cell phone cameras, from a distance. Chinese Internet censors quickly ordered the photosremoved. But it was too late, the pix had gone viral and were all over the place. The long rumored Chinese "J-XX" (or J-20) stealth fighter program was now out in the open. 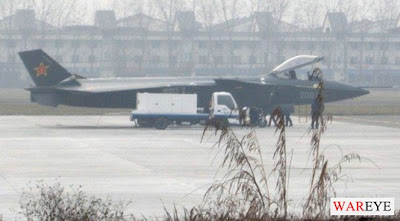 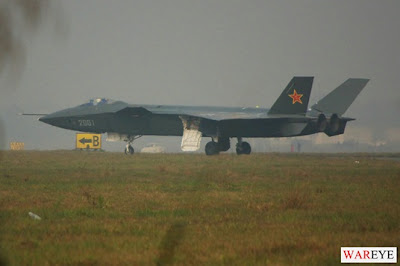 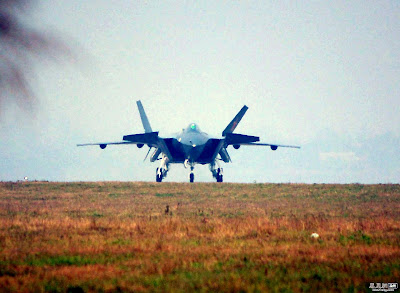 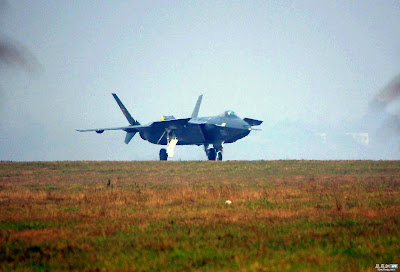 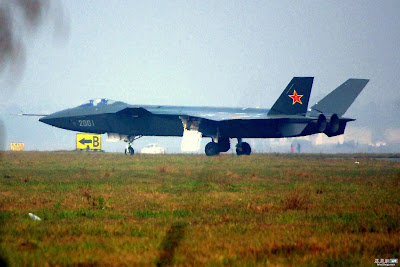 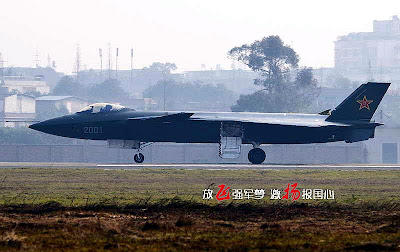 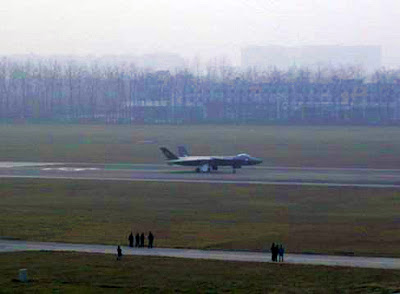 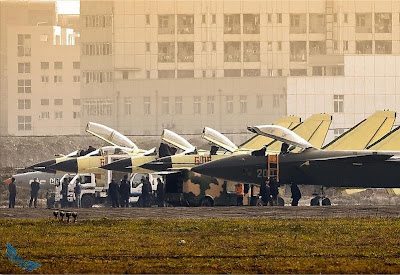 Work on this new aircraft began in the late 1990s, and it appears that two prototypes have been built. The pictures were taken at an airfield near the Chengdu Aircraft Company (CAC), which builds the J-10 and JF-17. Located in central China, CAC was known to be working on the J-20. The similarity to the U.S. F-35 makes sense, given Chinese efforts to obtain details (via Internet espionage, and more conventional spying) about the F-35. The recent pictures showed the J-20 undergoing taxiing tests, which usually precedes flight tests by weeks or months.

China is also developing other F-35 technologies, like the AESA radar, highly efficient cockpit, stealth and software to tie everything together. Developing, or even copying, this tech is not easy. But the Chinese already know that, having decades of adapting stolen technology to their needs. Thus it appears that China is planning on having the J-20 ready for service by the end of the decade. The key factor is their ability to develop or steal the needed technology by then. The J-20 appears to be less than an F-35 clone, and more of an F-35 type aircraft with pretensions to being an F-22. In any event, the J-20 is an attempt to develop some kind of 5th generation aircraft, complete with stealth.

Russian fifth generation fighter developments were halted when the Soviet Union disintegrated in 1991. Actually, all development work on new fighters, by everyone, slowed down in the 1990s. But work on the F-22, F-35, Eurofighter and Rafale continued, and those aircraft became, in roughly that order, the most advanced fighter aircraft available today. This fifth generation may come to be called the "last generation," after they are replaced by the second generation of pilotless combat aircraft (counting armed Predators and the like as the first).