(NSI News Source Info) TORONTO, Canada - March 13, 2014: Cockpit displays of some of the Su-30MKI “blanking off” affected the use of the aircraft, India has told Russia, which is the manufacturer and supplier of these fighter planes to IAF.

“Displays blanking off is a serious and critical issue affecting the exploitation of the aircraft and needs immediate resolution of the matter on priority,” state-owned Hindustan Aeronautics Limited (HAL) wrote to the Russian Irkut Corporation, which builds the aircraft.

In the letter dated 28 February, a top HAL functionary has stated that the head-up displays and other displays were “blanking off” during flight of the aircraft belonging to some particular batches of the Su-30MKI and the Russian side has already been informed about it.

HAL stated in the letter that the Russian side has not yet responded even after the first complaint in this regard was registered in March 2013 and the Russian adviser deployed in India was also informed about it.

The documents related to communication between Indian and Russian officials have come to light after hackers breached Russian defence firms’ networks and posted the material online.

Another leaked document suggested that the delay in setting up an MRO for the Su-30MKI aircraft was “adversely affecting” the already delayed process of overhauling the fighter jets.

The delay in setting up the facility and deployment of Russian specialists was “adversely affecting the progress of the already delayed Su-30MKI overhaul programme and our commitment to IAF and the defence ministry on plan for setting up overhaul facilities,” the official said in the letter.

*Disclaimer statement: Whilst every effort has been made to ensure the accuracy of the information supplied herein, DTN News ~ Defense-Technology News cannot be held responsible for any errors or omissions. Unless otherwise indicated, opinions expressed herein are those of the author of the page and do not necessarily represent the corporate views of DTN News ~ Defense-Technology News

CONTRACTS
NAVY
Exelis Inc., Clifton, N.J., is being awarded a $91,701,414 modification to a previously awarded firm-fixed-price contract (N00019-12-C-0002) to exercise an option for the manufacture and delivery of 42 AN/ALQ-214(V)4 on-board jammer (OBJ) systems.  The AN/ALQ-214(V)4/5 is an OBJ component of the integrated defensive electronic counter measures system.  It is a self-protection radio frequency (RF) countermeasures system used by Navy F/A-18C/D/E/F strike fighter aircraft against RF guided surface-to-air and air-to-air threats (missiles).  Work will be performed in Clifton, N.J. (31 percent); San Jose, Calif. (26 percent); San Diego, Calif. (11 percent); Rancho Cordova, Calif. ( 5 percent);  Mountain View, Calif. (4 percent); Hudson, N.H. (2 percent); West Springfield, Mass.(2 percent); and various locations within the United States (19 percent); and is expected to be completed in November 2016.  Fiscal 2013 and 2014 aircraft procurement, Navy funds in the amount of $91,701,414 are being obligated at time of award, none of which will expire at the end of the current fiscal year.  The Naval Air Systems Command, Patuxent River, Md., is the contracting.

Cardno TEC-Leidos LLC, Charlottesville, Va., is being awarded a maximum $50,000,000 firm-fixed-price, indefinite-delivery/indefinite-quantity architect-engineering contract for range sustainability services for military training range complexes and assets for various locations and environmental planning for National Environmental Policy Act and Executive Order 12114, Environmental Effects Abroad of Major Federal Actions with the preponderance of work involving Navy training range complexes within the Atlantic Fleet area of responsibility (AOR) and may also include work on ranges and installations around the world.  The work to be performed provides services of an interdisciplinary team required to support the Tactical Training Theater Assessment and Planning (TAP) Program.  The TAP program is intended to ensure the sustainability of Navy training ranges and operating areas to support warfighter readiness around the world.  Task order 0001 is being awarded at $10,000 as the minimum guarantee.  All work will be performed at various Navy and Marine Corps facilities and other government facilities within the NAVFAC Atlantic AOR including, but not limited to Virginia (50 percent), California (20 percent), Washington (20 percent), and Arizona (10 percent).  The term of the contract is not to exceed 60 months with an expected completion date of March 2019.  Fiscal 2014 operations and maintenance, Navy contract funds in the amount of $10,000 are obligated on this award and will expire at the end of the current fiscal year.  This contract was competitively procured via the Navy Electronic Commerce Online website, with five proposals received.  The Naval Facilities Engineering Command, Atlantic, Norfolk, Va., is the contracting activity (N62470-14-D-9003).

Lockheed Martin Corp., Baltimore, Md., is being awarded a $22,235,508 modification to previously awarded contract (N00024-11-C-2300) to exercise options for class service efforts and special studies, analyses and reviews for the Littoral Combat Ship (LCS) program.  Lockheed Martin will provide engineering and design services as well as affordability efforts to reduce LCS acquisition and lifecycle costs.  Work will be performed in Hampton, Va. (32 percent); Marinette, Wis. (27 percent); Moorestown, N.J. (22 percent), and Washington, D.C. (19 percent), and is expected to be completed by March 2015.  Fiscal 2013 shipbuilding and conversion, Navy contract funds in the amount of $4,000,000 will be obligated at time of award and will not expire at the end of the current fiscal year.  The Naval Sea Systems Command, Washington, D.C., is the contracting activity.

Honeywell Technology Solutions Inc., Columbia, Md., is being awarded $13,122,763 for time and material task order 0003 under a previously awarded indefinite-delivery/indefinite-quantity contract (M67704-13-D-0020) to support the U.S. Marine Corps, Afghanistan Retrograde and Redeployment Operations/Maintenance/Preservation Packaging and Packing Support.  Work will be performed in Afghanistan, and is expected to be completed March 2015.  Fiscal 2014 operations and maintenance, Marine Corps funds in the amount of $11,024,637 will be obligated at the time of award.  Contract funds in the amount of $6,561,382 will not expire at the end of the current fiscal year.  This contract was competitively procured with 19 proposals solicited via the Marine Corps Logistics Support Services Unrestricted Suite-Task Area 9; with eight offers received.  The Marine Corps Logistics Command, Albany, Ga., is the contracting activity.

Whiting-Turner Contracting Co., Towson, Md., is being awarded a $12,177,926 modification to increase the maximum dollar value of task order 0009 under a previously awarded firm-fixed-price contract (N40080-10-D-0494) for the design, bid-build repairs to building facades (phase 1) and windows (phase 2) for Rickover Hall at the Naval Support Activity, U.S. Naval Academy, Annapolis, Md.  The work to be performed under this modification provides for the replacement of windows and curtain walls, providing temporary facilities and incidental related work.  The contractor shall provide all labor, supervision, materials, equipment, tools, parts, supplies, and transportation to perform all work described in the specifications.  After award of this modification, the total cumulative task order value will be $17,319,816.  Work will be performed in Annapolis, Md., and is expected to be completed by March 17, 2016.  Fiscal 2014 restoration and modernization contract funds in the amount of $12,177,926 are being obligated on this award and will expire at the end of the current fiscal year.  The Naval Facilities Engineering Command, Washington, Washington, D.C., is the contracting activity.

ARMY
Boh Bros. Construction Co., LLC., New Orleans, La., was awarded a $76,267,513 firm-fixed-price contract for the Southeast Louisiana Urban Flood Control Project, Louisiana Avenue Improvements.  Fiscal 2014 other appropriations in the amount of $76,267,513 will be obligated at award. Work is to be performed in New Orleans, La., with an estimated completion date is October 17, 2017.  Bids were solicited via the Web with three bids received.  The U.S. Army Corps of Engineers – New Orleans District, New Orleans, La., is the contracting activity (W912P8-14-C-0022).

BWAY Corp., Atlanta, Ga., was awarded a $47,207,822 fixed-price with economic-price-adjustment contract for M2A2 ammunition containers.  Funding and work performance location will be determined with each order.  Estimated completion date is Sept. 30, 2019.  Bids were solicited via the web with one received.  Army Contracting Command, Rock Island Arsenal, Ill., is the contracting activity (W52P1J-14-D-0006).

Longbow LLC, Orlando, Fla., was awarded a $25,504,554 modification (P00045) to foreign military sales contract W58RGZ-06-C-0134 for initial spares, peculiar ground support equipment, integrated logistics support, management, and production line spares in support of the Royal Saudi Land Forces Aviation Command.  Fiscal 2014 other procurement funds in the amount of $25,504,554 were obligated at the time of the award.  Estimated completion date is June 30, 2016.  Work will be performed in Orlando, Fla.  Army Contracting Command, Redstone Arsenal, Ala., is the contracting activity.

AIR FORCE
L-3 Communications Integrated Systems, Waco, Texas, has been awarded a $38,000,000 modification (P00009) for an existing firm-fixed-price contract (FA8625-13-C-6597) for C-27J spare parts for the Australian military. The contract modification incorporates purchase of non-long-lead critical parts; this is a modification of a pre-existing undefinitized contract action that purchased long-lead spare parts.  The work will be performed at Waco, Texas, and is expected to be completed by March 2015.  This modification relates to 100 percent foreign military sales for Australia.  Air Force Life Cycle Management Center/WLVK, Wright-Patterson Air Force Base, Ohio, is the contracting activity.

Lockheed Martin Global Inc., Orlando, Fla., has been awarded a $24,000,000 indefinite-delivery/indefinite-quantity contract for training and technology transfer in accordance with security assistance agreements and or security cooperation programs as necessary for international C-130J maintenance training requirements for the Iraqi Air Force.  Work will be performed at New Al-Muthana Air Base, Iraq (also known as Baghdad International Airport Complex), and work is expected to be completed by Jan. 31, 2017.  This award is a sole-source award and is 100 percent foreign military sales for Iraq.  338 Security Contracting Squadron, Joint Base San Antonio, Randolph Air Force Base, Texas, is the contracting activity (FA3002-14-D-0004).

CORRECTION:   The contract announced March 4, 2014 to Universal Sodexho had the incorrect modification and length of time on the contract. The correct announcement should read: Universal Sodexho, Tacoma, Wash., has been awarded a maximum $10,800,000 exercising the sixth modification (P00027) on a three-month bridge contract (SPM500-05-D-BP07) with three one-year option periods for maintenance, repair and operations supplies for the Korea Region. This is a firm-fixed-price, indefinite delivery/indefinite quantity contract. Location of performance is Washington with a June 30, 2014 performance completion date. Using military services are Army, Navy, Air Force and Marine Corps. Type of appropriation is fiscal 2014 defense working capital funds. The contracting activity is the Defense Logistics Agency Troop Support, Philadelphia, Pa.

MISSILE DEFENSE AGENCY
Lockheed Martin Corp., Moorestown, N.J., is being awarded an $8,058,225 modification to previously awarded cost-plus fixed-fee contract (HQ0276-10-C-0003) to provide test support at the Aegis Ashore Missile Defense Test Complex.  As a result of this modification, the total contract value will increase from $301,550,229 to $309,608,454.  The work will be performed at the Pacific Missile Range Facility, Kekaha, Hawaii.  The period of performance is from contract award through Dec. 31, 2015.  Fiscal 2014 research, development, test and evaluation funds will be used to incrementally fund this effort.  The Missile Defense Agency, Dahlgren, Va., is the contracting activity.
*Small Business 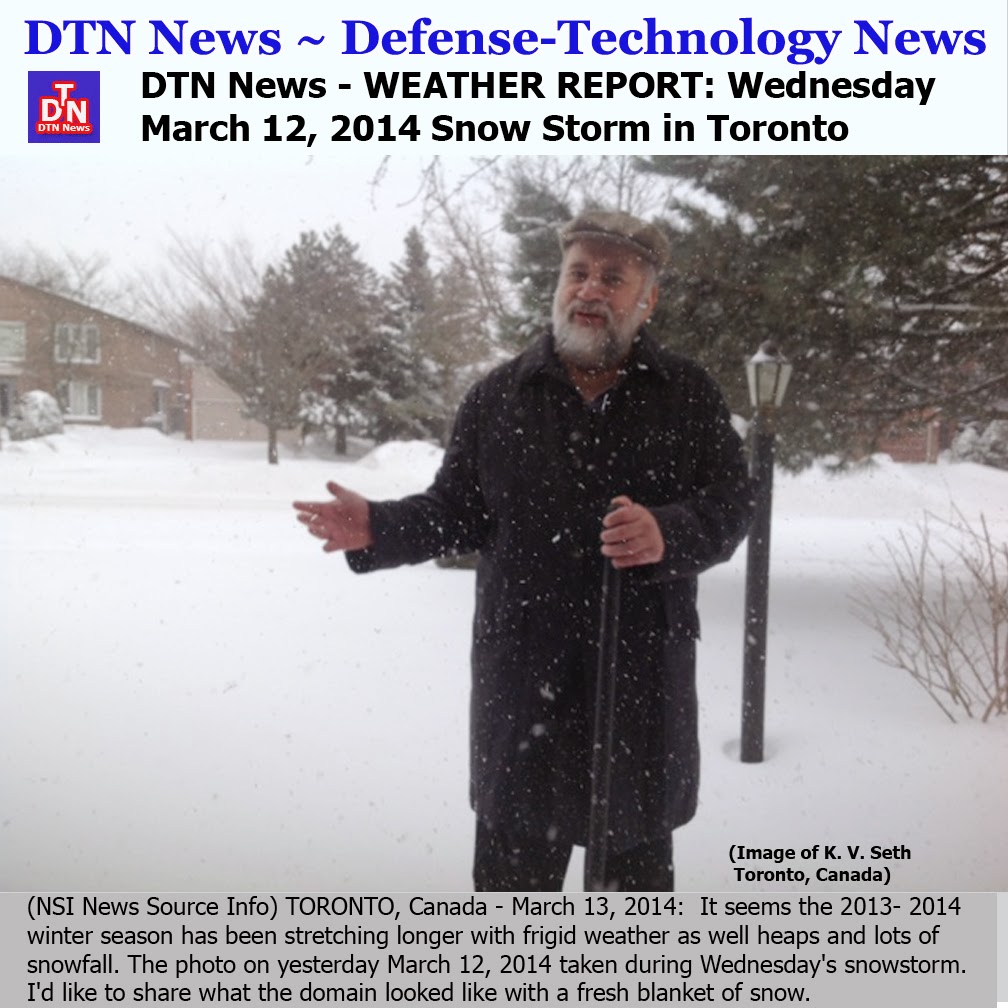