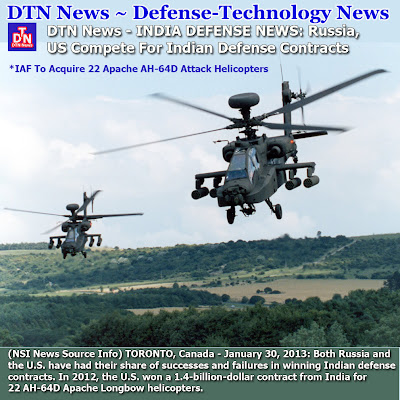 Both Russia and the U.S. have had their share of successes and failures in winning Indian defense contracts. In 2012, the U.S. won a 1.4-billion-dollar contract from India for 22 AH-64D Apache Longbow helicopters, while Russia received from India a 1.6-billion-dollar deal for 42 Sukhoi Su-30 fighter jets and another deal worth $1.3 billion for 71 Mi-17 helicopters.

The Russian-American see-saw battle for eating into the Indian defense pie is likely to continue for many more years, as both arms exporters are unable to satisfy the Indians by 100 percent. While the U.S. is loath to sell some of its most advanced weapon systems to India and transfer technology, the Russians have been unable to keep their deadlines in supplying weaponry to India.

However, in this context, a big point in favor of the Russians is that they readily transfer technology on which India invariably insists.
The Tejas Engines Deal 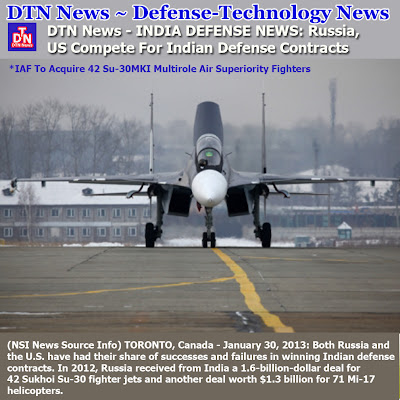 Just a few days back, the U.S. finalized a 558-million-dollar deal with India for supplying 99 jet engines to be used in the indigenous Light Combat Aircraft (LCA) Tejas MK II, which is being developed by India’s Defense Research and Development Organization (DRDO).
The deal may well be more than double its present value (or worth about $1.2 billion), as a clause of the contract stipulates that ,though the present order is only for 99 engines, India will have the option of ordering 100 more engines in the future.
The Tejas story, however, is not so much about the U.S.-Russia rivalry, because both the Western powers are engaged with the Indians in their own different ways. Two years ago, India selected the American company General Electric (GE) over its European rival Eurojet 2000 for the LCA Mark II program.
Ideally, India would like to have 42 squadrons of fighter aircraft; but it currently has only 34, which may dip to just 26 in 2017 if the Rafale aircraft are not inducted by then. This explains the strategic importance of the indigenously-developed Tejas for India. India plans to induct two squadrons of the LCA Mark I, to be followed by delivery of LCA Mark II aircraft.
The American involvement in the three-decades-old Tejas project (which has already cost the exchequer over $ 4.5 billion) began some years after India started the project in 1983. Then Indian Prime Minister Rajiv Gandhi asked the U.S. for help in the project, as part of his bigger plan to improve ties with the country.
The Americans readily agreed and the U.S. Air Force was selected to help India in testing fly-by-wire technology for LCA. The U.S. also offered GE F-404 jet engines to power LCA prototypes – a proposal that India was prompt in accepting.
The Russian Involvement
Russia, too, is involved in a significant way with the Tejas project.
While the main structure and sub-systems of the aircraft are indigenized, the remaining parts are imported. The most crucial of the imported parts is the aircraft engine that is currently being made by GE. The DRDO has been working on developing a suitable engine called Kaveri, which is undergoing tests in Russia and will be brought back to India after certification.
India and Russia signed an agreement for loan of a TU-16 Russian twinjet on which the Kaveri engine will be mounted. The Indo-Russian agreement also stipulates a high-altitude test facility for testing Kaveri’s operations in hot-and-high conditions. However, the high-altitude test facility in Russia has not been able to give a flawless performance and has failed thus far to meet the envisaged parameters of the engine.

Long-range bomber Tu-16 at the Military planes museum on the Dyagilevo airfield. Source: RIA Novosti / Alexei Kudenko
Confronted with persistent failures and delays, the Indian government decided in late 2008 to isolate the Kaveri engine project from the main LCA project. Until Kaveri gives 100 percent satisfactory results, Tejas will be powered by American engines.
About Tejas
“Tejas” (Sanskrit for “radiance”) is the world’s smallest fighter aircraft. This lightweight, multi-role, single-engine tactical fighter is being designed and developed as a single-seat fighter aircraft by Aeronautical Development Agency (ADA); it is being manufactured by the Hindustan Aeronautics Limited (HAL) for the Indian air force to run on GE-F404 engines manufactured by the American company GE.
Tejas can fly at a maximum speed of 2,205 kilometers (1,370 miles) per hour and at a maximum altitude of 15,200 meters (just under 50,000 feet). Its range is 3,000 kilometers (1,864 miles) and it weighs about 5,450 kilograms, (12,000 pounds) with maximum take-off weight of 13,500 kilograms (about 30,000 pounds).
Tejas has already missed several deadlines, and the latest assessment is that it will become operational later this year, though its full combat-ready status is unlikely to be achieved before 2015.
The unique selling point of the Tejas is its indigenousness. Right now, Tejas is 65 percent Indian, but this figure will soon reach 75 percent. However, VK Saraswat, scientific advisor to the Indian defense minister, insists that no country opts for 100 percent indigenization, since it is not cost effective and requires huge infrastructure.
Future Scenario
The Russian-American rivalries for garnering Indian defense deals are bound to intensify. Currently, over 70 percent of India’s defense equipment is of Russian origin, but this is set to change substantively. In fact, the phenomenon has already started.
India is set to spend tens of billions of dollars within the next few years on modernizing its defense forces. The rules of the game have rapidly changed for the Russians. Any arms-exporting country that wants to increase its defense business ties with India can do so only when it ensures timely delivery of top-quality equipment at highly competitive prices.
Rajeev Sharma is a New Delhi-based journalist, author and strategic analyst who regularly writes for several leading international media outfits. He can be reached at bhootnath004@yahoo.com.
DTN Russia (Available on Twiter) 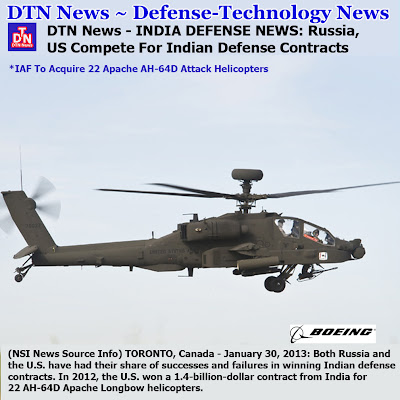 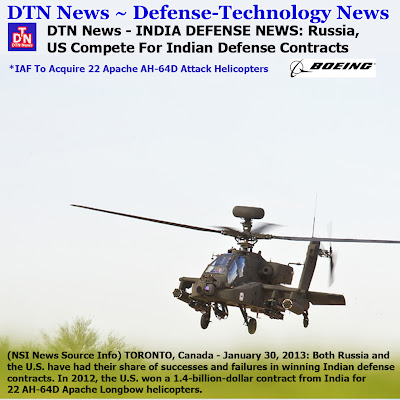 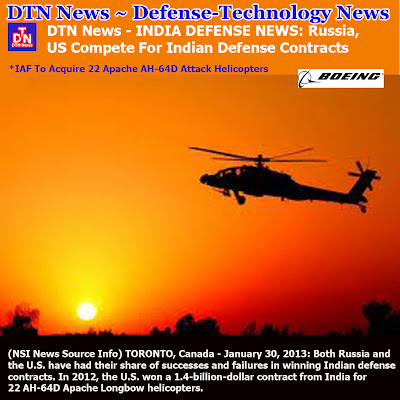