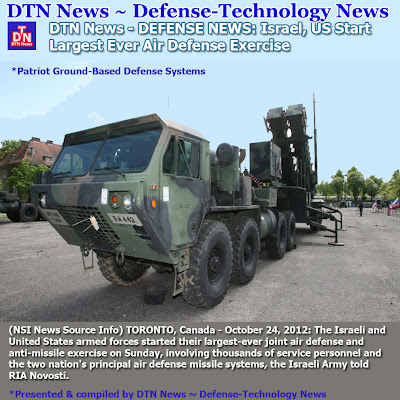 The Austere Challenge exercises, taking place in Israel and the neighboring waters, involve 3,500 Americans and over 1,000 Israelis. Preparations for the war games have taken two years and "are in no way connected to current events taking place in the Middle East," the two allies say.


The US forces will test their Patriot ground-based and naval Aegis air defense systems, while Israel will test its Hetz-2 (Arrow) missile, which, like Patriot, is designed to intercept ballistic missiles. Israel will also test its Iron Dome system which is designed to take on the short-range rockets which are regularly fired into Israel from Gaza.
Most of the exercise will consist of command and control drills in a simulated environment but will include some live firing. The exercise has cost the US $30 million and Israel $8 million.