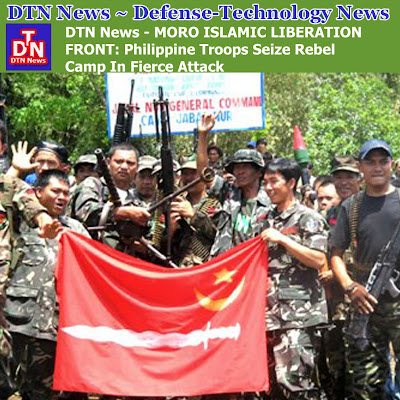 “Blood is everywhere,” said Lt. Gen. Raymundo B. Ferrer in a text message from the encampment. “The safe haven of kidnapping operations and terrorist activities in Zamboanga Sibugay has fallen.”
The seizure of the camp on the western coast of the southern Philippine island of Mindanao was the culmination of a three-day police and military operation against what officials say is a breakaway group of the Moro Islamic Liberation Front, a long-established Muslim separatist organization in the southern Philippines.
The attack, by all accounts, was fierce. The Philippine Air Force launched airstrikes against the encampment, which was defended by land mines and two .50-caliber machine guns. Two soldiers and at least 15 rebels were killed in the operation, which resulted in the evacuation of more than 19,000 civilians, government officials said.
“We could see the planes dropping bombs,” said Imelda Laquio, a resident of nearby Olutanga Island. “The bombs were shaking our house. My children were terrified. We have never had an experience like that before.”
Ms. Laquio, who was contacted at a relative’s house away from the fighting, said she fled the area with her husband and two young daughters because of rumors that the rebels might hide on the island.
“There was no military protection for us if the rebels came,” she said. “There was only the local police.”
The attack on the rebels came after clashes on Oct. 18 that left 19 special forces soldiers dead, and an ambush on Oct. 20 in which 4 police officers and 4 soldiers were killed. Though both incidents were linked to Muslim rebels, a military spokesman denied that the recent military assault and airstrikes were in retaliation.
“The police on Oct. 15 attempted to execute an arrest warrant in that area, and they were met with gunfire,” Lt. Col. Randolph Cabangbang, a military spokesman, said by telephone. “The police sought the assistance of the military.”
Many media commentators and opposition politicians have questioned the motivation behind the raid, which came at a sensitive time for the government. An uneasy cease-fire has been in place since 2003 between the government and the rebels. President Benigno S. Aquino III has met with senior leaders of the organization in an attempt to broker a long-term peace deal that would grant a degree of autonomy to Muslim areas in the south of the Philippines, a predominantly Roman Catholic country.
The Muslim rebels have said its forces were not behind the two attacks that led to the military raid, and the Philippine military has been careful to state that the group it assaulted was a breakaway faction not under the control of the organization’s central leadership.
“We have crafted a deliberate and calibrated response,” said Gen. Eduardo Oban Jr., the chief of staff of the Philippine armed forces, at a news briefing in Manila during the fighting.
Mr. Aquino is walking a fine line between appeasing a restive military that lost 23 personnel in those two attacks — including highly trained, elite fighters — and pursuing his stated goal of achieving a lasting peace in Mindanao.
“We will not pursue all-out war,” he said shortly after operations began. “We will pursue all-out justice.”
The rebel attacks and military raid took place as the Philippines held joint military training exercises with the United States. Since Oct. 17, about 2,000 U.S. marines have been conducting mock beach assaults with the Philippine military on the northern island of Luzon.
U.S. troops were far from the fighting in the south, and when asked whether there was any involvement by the U.S. military in the operations in Mindanao, Colonel Cabangbang said there was not.
Although he acknowledged that U.S. military advisers were operating in Mindanao, he said there was no need to involve them in the operation. “This was a law enforcement action,” he said. “And besides, they don’t know the area where the operation was conducted.”
Colonel Cabangbang said the Philippine military assault on the rebel encampment took place near the small town of Payao. The only access point to attack was a slim peninsula fortified with land mines and .50-caliber gun placements. The airstrikes were used to clear the entrance in order for land forces to launch an assault, he said.
He noted that most of the more than 100 rebels in the area probably escaped via small rivers that run through mangroves. Their leader, the renegade commander Waning Abdusalam, who was a principal target of the operation, also escaped. Mr. Abdusalam, the military spokesman said, has been implicated in the 2007 kidnapping of an Italian missionary, the Rev. Giancarlo Bossi, as well as other crimes. Father Bossi was later released. 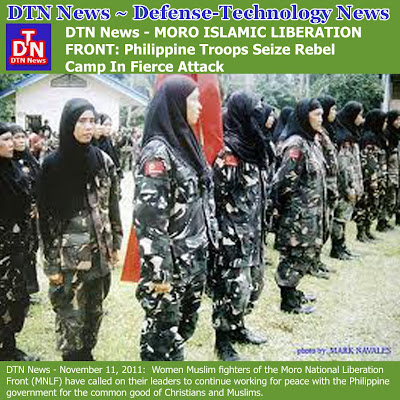 Islamic rebels said Tuesday that the Philippine government’s proposal “does not address the real issues” that have fueled the separatist rebellion in the country’s south over the past 40 years.

MANILA -- In what they called a breakthrough in the campaign to remove children from combat in the Philippines, U.N. officials said Friday that Communist rebels had agreed to ensure that there are no minors in their ranks. At a news briefing, Radhika Coomaraswamy, the U.N. Special Representative for Children and Armed Conflict, announced that the National Democratic Front of the Philippines had agreed in principle to cooperate with the United Nations to identify and remove any child combatants ...

A law professor known for supporting the land rights of Filipino Muslims will be the government’s chief negotiator with Islamic separatists.

Source: DTN News - - This article compiled by Roger Smith from reliable sources By Clifford Krauss - The New Yorks Times
(NSI News Source Info) TORONTO, Canada / TRIPOLI, Libya - November 10, 2011: The acting Libyan oil minister, Ali Tarhouni, said on Thursday that so much progress was being made in resuscitating the country’s oil fields that production would return to more than 40 percent of its prewar level by the end of the year and completely recuperate by June. 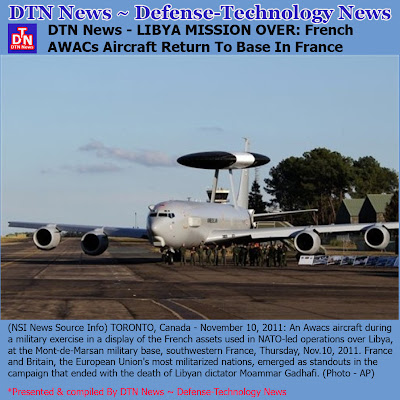 “Things are going very well,” he told reporters at a news conference. “The oil sector is ahead of our expectations and everyone’s expectations. We will surpass 700,000 barrels a day by the end of this year.”
Officials say Libya’s production is 500,000 barrels a day.
Before fighting erupted last winter, Libya produced 1.6 million barrels a day and exported 1.3 million barrels, mostly to Europe. But during the war, the rebels were able to export only a trickle with the help of the gulf nation of Qatar as they tried to gain badly needed cash.
Libyan oil is particularly important for world markets because of its high quality. It needs relatively little refining and is preferred in many European and Asian markets. Since Libyan oil came off line, world benchmark oil prices have been highly volatile despite slumping demand in the United States and Europe.
The return of Libyan oil has allowed other members of the Organization of the Petroleum Exporting Countries to curtail production and strengthen prices in recent weeks.
Fighting caused damage to some of the country’s refineries, and several vital pipelines were cut by the rebels. Several major fields were shut down abruptly, potentially causing damage. International oil and oil service companies removed skilled personnel from the country and hundreds of blue-collar foreign workers from Turkey and Egypt fled as well. But Libyan workers are returning to the fields and restarting operations. Many foreign oil experts have expressed surprise at how well the Libyans have done by themselves, but they say that Libyan officials may be overly optimistic that the country can recover all its production next year.
Some say it could take two years or more, and that will depend on a peaceful transition.
“The oil is coming on a lot faster than expected,” said Francis Osborne, head of energy economics for the consulting firm KBC. But he added, “There is a labor problem. Libyan oil workers are cautious about going back to certain fields, and foreign workers are cautious or requesting increased salaries. There is also the question of security and protection.”
Jon Pepper, a Hess vice president, said, “We’re not sending anyone back yet. We want to see how things settle out. We’re not up and running and it will take time before we are.”
Since the death of Col. Muammar el-Qaddafi last month, violence in the country has been reduced greatly, especially in the cities and most of the countryside. But deep in the desert, where many of Libya’s largest oil fields are, there are reports of roaming bands of armed people.
Related Images: 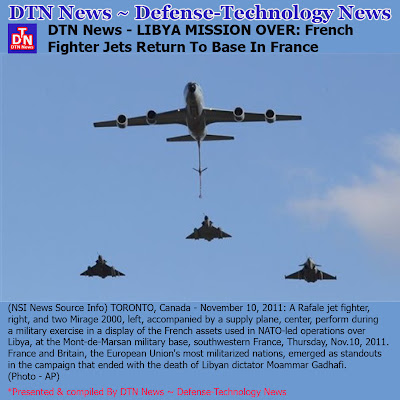