Source: DTN News - - This article compiled by K. V. Seth from reliable sources
(NSI News Source Info) TORONTO, Canada - February 6, 2014: A Moscow high-school student shot a teacher and a police officer dead and held more than 20 other students hostage in a classroom in a possible revenge attack on Monday, Feb. 3, days before Russia hosts the Winter Olympics under tight security. The student was disarmed and detained less than two hours after the shooting following negotiations aided by his father, Interfax news agency said.

Commenting on the incident, Russian President Vladimir Putin described the incident as “tragic.” The Mayor Vladimir Kolokoltsev stated the need for a scrutiny of the school’s security processes and went on to say that perhaps a greater focus on the arts would reduce such incidents. According to the mayor, if a new generation is raised with better “artistic taste” and is able to appreciate theater, drama and music, this would possibly reduce violent tendencies in young people.


Gun related violence which is increasingly becoming a frequent happening in other parts of the world, is a rare and isolated occurrence in Russia. This school shooting in Moscow which has left two people dead is all the more unsettling as it comes despite heightened and tightened security measures put in place across the city in honor of the Sochi Winter Olympic Games next week. The country is also in a state of high alert over the possible threat of violence by Islamic militants. Ivan Fodokin, a student at the school said, “We were in the stairwell when we heard the man outside yelling to the police officer to open the door, and then we heard shooting.” The middle of the day incident sent teachers and students running in blind panic into the subzero cold outside, even as ambulances and police personnel arrived on the scene. 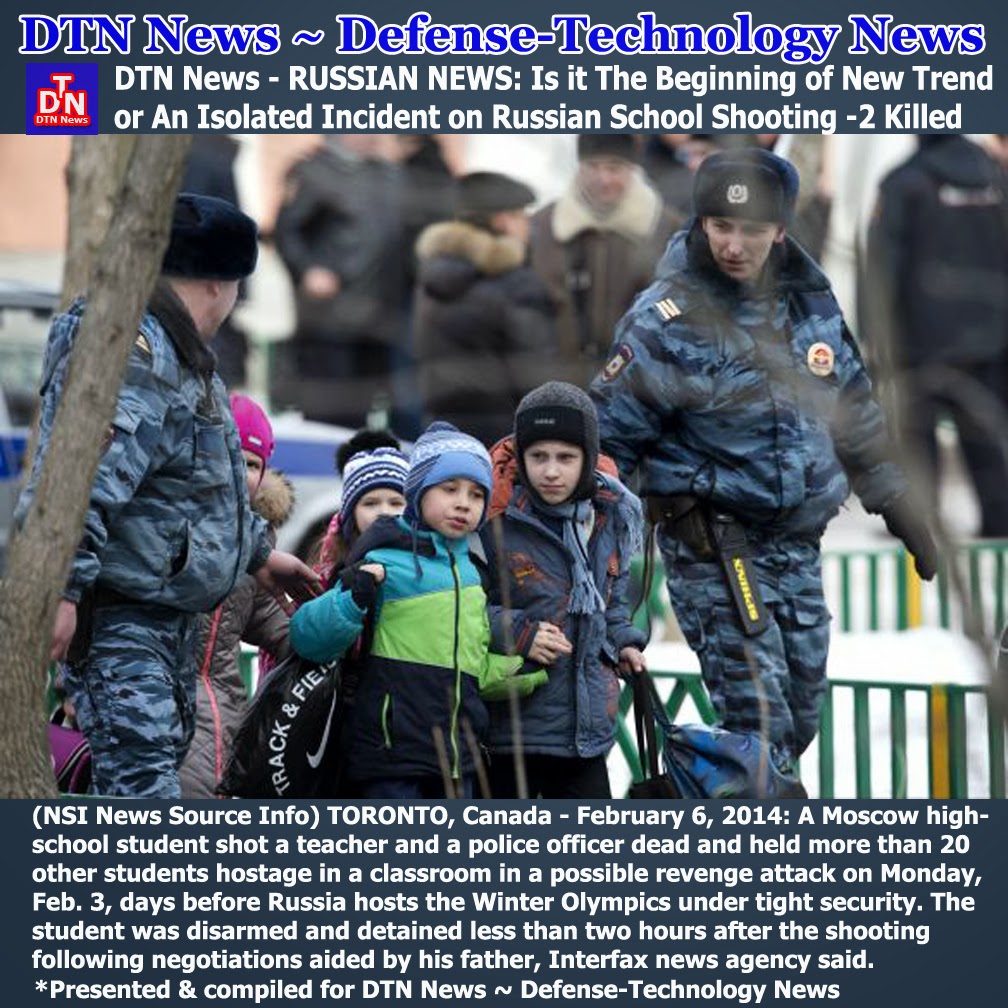 A 10th-grade student killed a geography teacher and a police officer and took children hostage at a Moscow school on Monday in Russia's first-ever school shooting, triggering a debate on security at educational institutions and over the right to bear arms.

The incident was widely compared to school shootings in the U.S., with some commentators citing them as an argument for gun control and others saying that most of such killings took place in gun-free zones and therefore prove that restrictions on gun ownership should be relaxed.

The incident was also likened to several recent mass killings carried out by lone male shooters in Russia. These include one in Moscow's Bibirevo district in 2011, in which three people died, and the shooting in Belgorod last year, in which six people were killed.
School security was tightened nationwide after the Beslan hostage crisis in 2004, but the circumstances in that case were much different. Islamic militants seized a school in the town of Beslan in the North Ossetia republic, leading to a siege by Russian security forces, as a result of which more than 330 people were killed, 186 of them children.

In Monday's incident, the shooter, Sergei Gordeyev, killed two people and injured a police officer at School No. 263 in the Otradnoye district in Moscow's northeast, police said. News reports first appeared regarding the incident at about 12:30 p.m., when Life News reported that a man carrying two rifles had taken about 20 10th-grade students hostage and that a security guard at the school had managed to call the police.

About 30 minutes later, it was reported that two people had been shot, all the hostages had been released and the shooter detained. Police later said that a criminal case was opened on charges of hostage-taking, murder and attempted murder. As a minor, Gordeyev faces up to 10 years in prison if found guilty of the charges.

Preliminary reports indicated that the shooting could have been caused by a conflict at the school and may have been a revenge attack on the geography teacher, an unidentified law enforcement official told Interfax.

“According to our data, Sergei Gordeyev was a straight-A student, and likely had a nervous breakdown,” said Investigative Committee spokesman Vladimir Markin, who came to the school after the shooting. 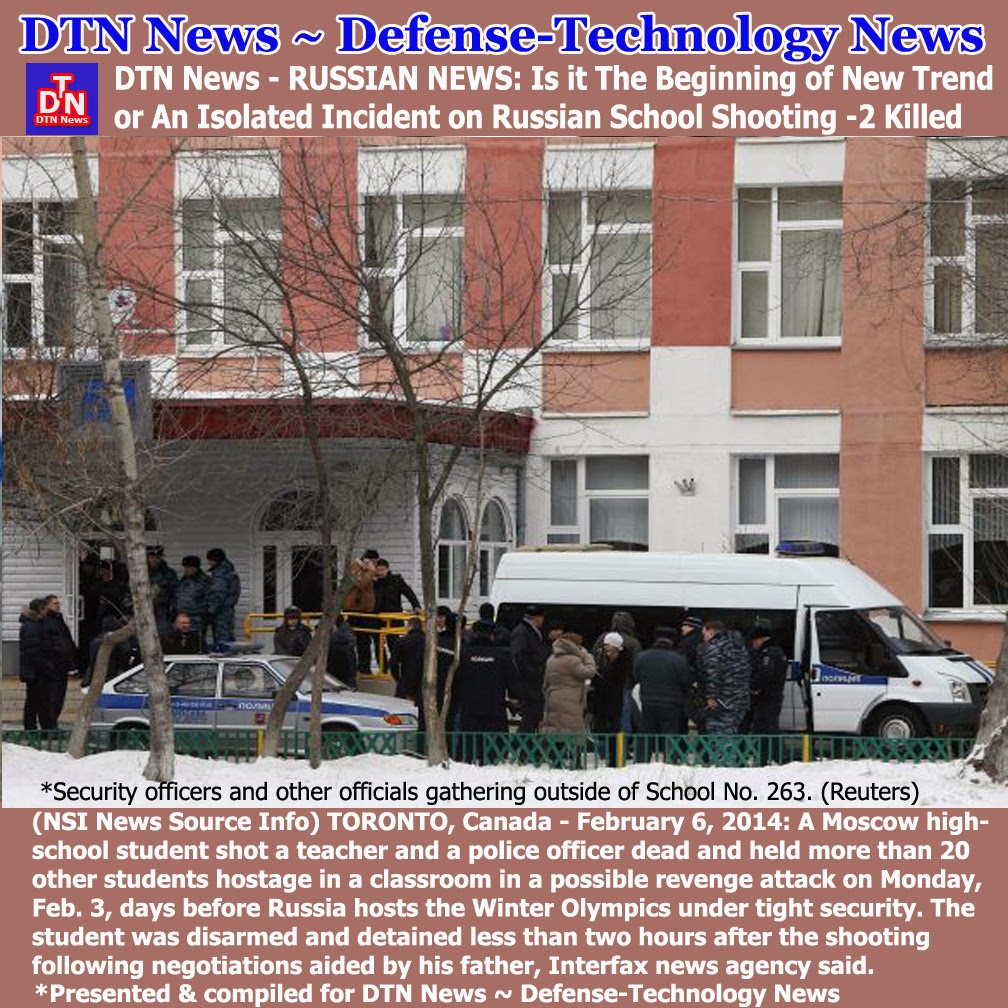 Little information was immediately available about Gordeyev. A page on social network Vkontakte that supposedly belonged to him had virtually no details on it, and the police did not even reveal his age. Given his grade in school, he was thought to be about 15 years old.
Commenting on the incident, President Vladimir Putin, who was chairing a meeting on the arts in Pskov, said one of the reasons for it was likely a lack of proper upbringing in the modern age.

“We should raise a new generation of spectators with good aesthetic taste who understand and value the theater, drama and music,” Putin said. “If this were done in a proper way, today's tragedy in Moscow might not have happened.”

Education and Science Minister Dmitry Livanov also reacted to the event, saying it underscored the need for new measures to tighten security at schools. Moscow Mayor Sergei Sobyanin echoed Livanov's proposal, announcing that a complete “revision” of security measures at schools would be carried out.

The scene outside School No. 263 was solemn on Monday afternoon, with curious bystanders from surrounding apartment blocks patrolling the adjacent sidewalks, mingling with reporters and former students. Few people spoke.

Security personnel could be seen combing the classrooms on the first floor, while two men with metal detectors swept the driveway in front of the school's main entrance. Police officers escorted students and members of the school's faculty out the front gate and past a cordon of reporters in 10-minute intervals. They walked together, arms linked, many of them crying.

An emergency responder who had been inside the school declined to describe it. "I am not comfortable discussing it. It is complicated," he said, before retreating into the crowd.

Many former students of the teacher who was killed, Andrei Kirillov, approached the school to pay their respects. Nikita Shugayev, who graduated from the school three years ago, said he “knew the teacher very well” and that he was “a great guy.” His peers, apparently equally bewildered at what had happened, echoed the sentiment.

Most of the students who currently attend the school were sent home immediately after the shooting, though a few lingered at the scene. Olga Andronichenko, one of Gordeyev's classmates, stood in front of reporters and attempted to shed light on the day's events. 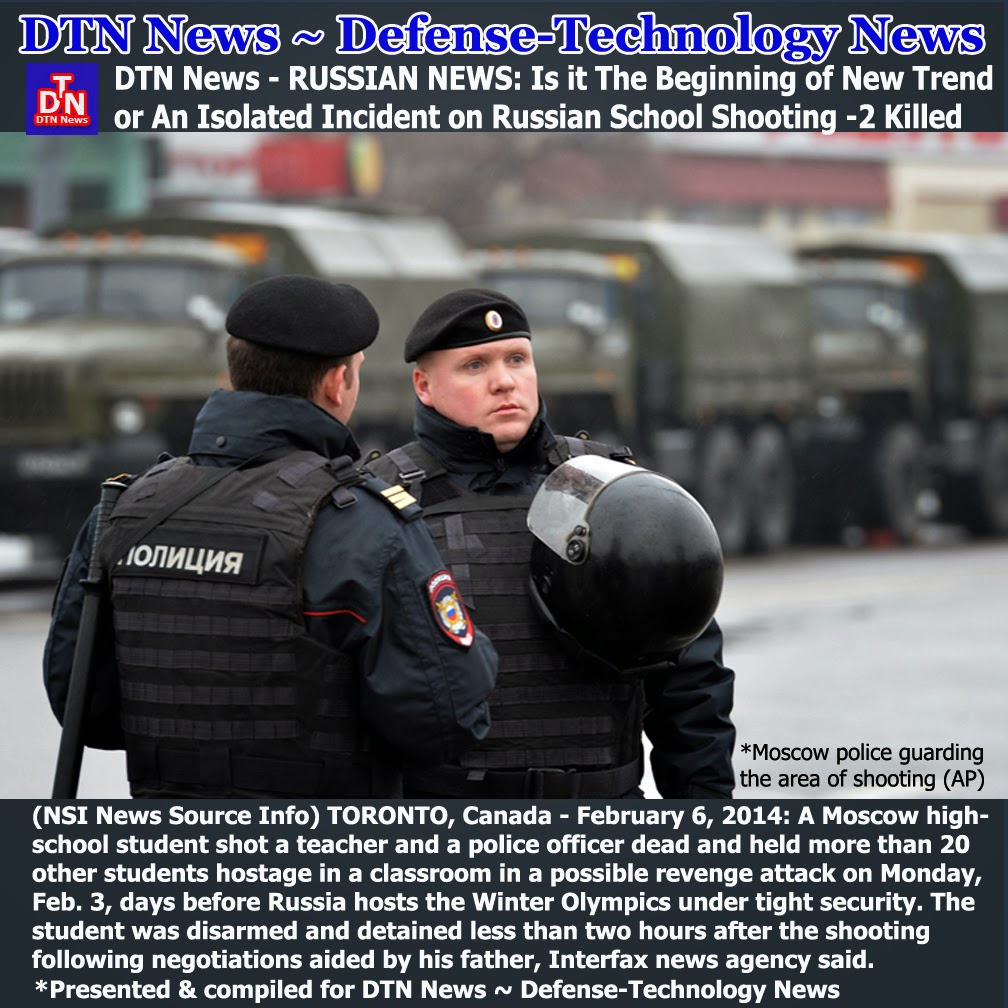 She showed reporters photos from Gordeyev's Vkontakte page that were taken at last year's New Year party. “Basically he was a normal kid,” she said. “I don't know what happened in his head. He was a normal person.”

While gun control advocates have attributed school shootings to laws allowing arms possession, gun rights activists have argued that if people were permitted to carry guns on school grounds they would be able to shoot would-be criminals.

Irina Yarovaya, head of the State Duma's Security and Anti-Corruption Committee, reacted to the shooting by proposing tighter controls on gun possession, RIA Novosti reported.
The reaction of the authorities, who are accused by the opposition of rubber-stamping repressive laws in response to all major events, was derided by some critics.