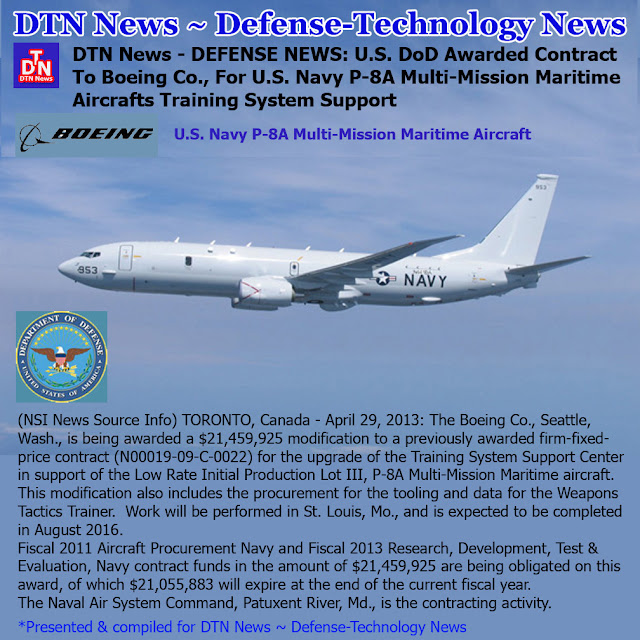 This modification also includes the procurement for the tooling and data for the Weapons Tactics Trainer.  Work will be performed in St. Louis, Mo., and is expected to be completed in August 2016.

Fiscal 2011 Aircraft Procurement Navy and Fiscal 2013 Research, Development, Test & Evaluation, Navy contract funds in the amount of $21,459,925 are being obligated on this award, of which $21,055,883 will expire at the end of the current fiscal year. 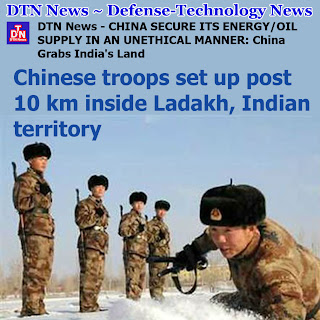 (NSI News Source Info) TORONTO, Canada - April 29, 2013: The area along the Line of Actual Control (LAC) with China has 'shrunk' over a period of time and India has lost 'substantial' land in the last two decades, according to an official report.

At a recent meeting in Leh, attended by officials from the Jammu and Kashmir government, Union Ministry of Home Affairs and the Army, it was agreed that there was difference in the maps of various agencies and that there was lack of proper mapping of the area.

The meeting was chaired by Commissioner (Leh) A K Sahu and attended, among others, by the 14 Corps Brigadier General Staff Brig Sarat Chand and Colonel Inderjit Singh.

While the absence of proper maps was agreed upon, the meeting all the same felt: “However, it is clear and accepted that we are withdrawing from LAC and our area has shrunk over a period of time. This process is very slow but we have lost substantial amount of land in 20-25 years.”

According to the minutes of the meeting, it was also identified that “there is a lack of institutional memory in various agencies as well as clear policy on this issue which in the long run has resulted in loss of Indian territory in favour of China.”

The meeting was called to ensure proper protection to nomads who move with their cattle to the Dokbug area of Nyoma sector during the winter months every year. In December 2008, Chinese People’s Liberation Army (PLA) had damaged their tents and threatened them to vacate the land.

“They (Chinese) have threatened the nomadic people, who had been using the Dokbug area (in Ladakh sector) area for grazing for decades, in a way to snatch our land in inches. A Chinese proverb is famous in the world — better do in inches than in yards,” a report filed by former sub divisional magistrate (Nyoma) Tsering Norboo had said.

Complaints
Norboo was deputed by the state government to probe the complaints of incursion of the Chinese Army in the Dokbug area and threats to the local shepherds to leave the land as it belonged to them. 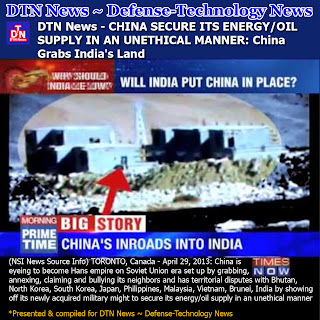 The area has been used by the shepherds to graze their livestock as the area is warmer compared to other parts of Ladakh.

The SDM contended that it was another attempt by the Chinese to term, and claim, the territory disputed in the same fashion as they had taken Nag Tsang area opposite to Phuktse airfield in 1984, Nakung in 1991 and Lungma-Serding in 1992.

Last year, Chinese troops had entered nearly 1.5 km into the Indian territory on July 31 near Mount Gya, recognised as International border by India and China, and painted boulders and rocks with “China” in red spray paint.

The 22,420 feet Mount Gya, also known as “fair princess of snow” by the Army, is located at the tri-junction of Ladakh in Jammu and Kashmir, Spiti in Himachal Pradesh, and Tibet. Its boundary was marked during the British era and regarded as International border by the two countries.

Before this, Chinese helicopters had violated Indian air space on June 21 along the Line of Actual Control in Chumar region and also dropped some expired food. 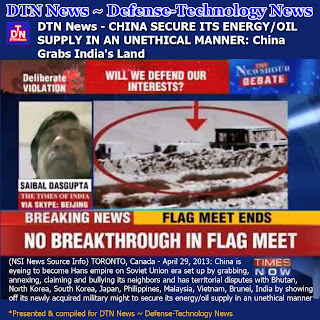