NAVY
Lockheed Martin Mission Systems and Training, Moorestown, N.J., is being awarded a $19,263,000 cost-plus-fixed-fee, cost-plus-award-fee modification to previously awarded contract (N00024-09-C-5103) to exercise options for fiscal 2013 Aegis Platform Systems Engineering Agent activities and Aegis Modernization Advanced Capability Build engineering.  The Platform Systems Engineering Agent manages the in-service combat systems configurations, as well as the integration of new or upgraded capability into CG 47 and DDG 51 class ships.  Work will be performed in Moorestown, N.J., and is expected to be completed by September 2013.  Fiscal 2013 Research, Development, Test & Evaluation, fiscal 2012 Shipbuilding and Conversion, Navy, and fiscal 2013 Operations & Maintenance, Navy funding in the amount of $19,263,000 will be obligated at the time of contract award.  Contract funds in the amount of $63,000 will expire at the end of the current fiscal year.  The Naval Sea Systems Command, Washington, D.C., is the contracting activity.

U.S. SPECIAL OPERATIONS COMMAND
Trivec-Avant Corp., Huntington Beach, Calif. (H92222-13-D-0010), and Antenna Research Associates Inc., Beltsville, Md. (H92222-13-D-001), were awarded a maximum $10,000,000, indefinite-delivery/indefinite-quantity contract for nine types of UHF SATCOM antennas to be used in various configurations by special operations forces.  Both contracts have a period of performance not to exceed five years.  Type of appropriation is fiscal 2013 Operations and Maintenance funds.  This award was the result of a competitive acquisition with seven bids received.  The U.S. Special Operations Command, MacDill Air Force Base, Fla., is the contracting activity. 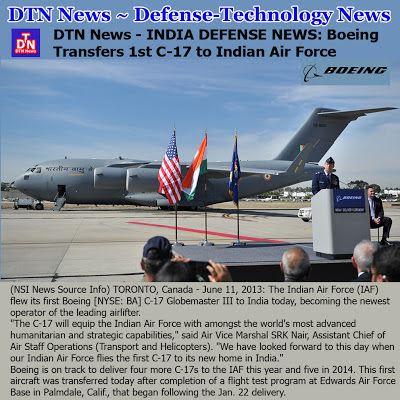 "The C-17 will equip the Indian Air Force with amongst the world's most advanced humanitarian and strategic capabilities," said Air Vice Marshal SRK Nair, Assistant Chief of Air Staff Operations (Transport and Helicopters). "We have looked forward to this day when our Indian Air Force flies the first C-17 to its new home in India."
Boeing is on track to deliver four more C-17s to the IAF this year and five in 2014. This first aircraft was transferred today after completion of a flight test program at Edwards Air Force Base in Palmdale, Calif., that began following the Jan. 22 delivery.
"Congratulations to the Indian Air Force on this milestone as India joins the worldwide community of C-17 operators," said Tommy Dunehew, Boeing vice president of Business Development for Mobility, Surveillance and Engagement. "Nations turn to the C-17 for the capability to perform a wide range of operations, from peacekeeping and disaster relief to troop movements from semi-prepared airfields. This aircraft will provide the Indian Air Force with the versatility to augment airlift capability."
Boeing has now delivered 254 C-17s, including 222 to the U.S. Air Force and a total of 32 C-17s to Australia, Canada, India, Qatar, the United Arab Emirates, the United Kingdom and the 12-member Strategic Airlift Capability initiative of NATO and Partnership for Peace nations.
Boeing will support the IAF C-17 fleet through the Globemaster III Integrated Sustainment Program (GISP) Performance-Based Logistics contract. The GISP "virtual fleet" arrangement ensures mission readiness by providing all C-17 customers access to an extensive support network for worldwide parts availability and economies of scale.
A unit of The Boeing Company, Boeing Defense, Space & Security is one of the world's largest defense, space and security businesses specializing in innovative and capabilities-driven customer solutions, and the world's largest and most versatile manufacturer of military aircraft. Headquartered in St. Louis, Boeing Defense, Space & Security is a $33 billion business with 59,000 employees worldwide. Follow us on Twitter: @BoeingDefense. 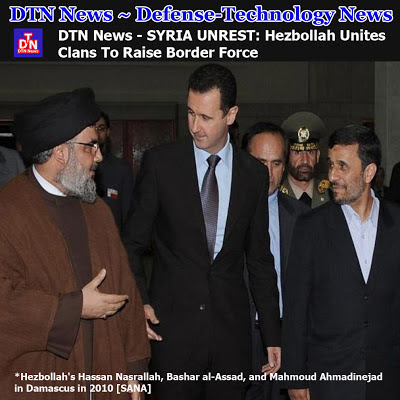