The Obama administration on Tuesday gave its clearest signal yet that it did not trust its ally Pakistan with information on Osama bin Laden’s whereabouts. 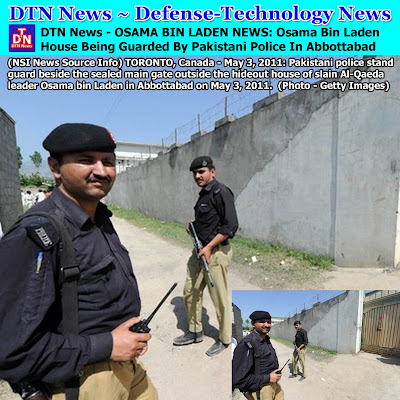 CIA Director Leon Panetta told senators Tuesday at a briefing on the bin Laden mission that the administration decided against informing Pakistan because of fears that the details would leak and the mission could be compromised, according to one lawmaker present.

Separately, Panetta offered the same view to Time magazine in an interview. “It was decided that any effort to work with the Pakistanis could jeopardize the mission. They might alert the targets,” Panetta told Time.

The administration has said previously that it did not inform Pakistan of its plans, but Panetta’s comments reveal the depth of skepticism about the reliability of Pakistan’s government and intelligence services.

The remarks also call into question whether the U.S. and Pakistan will be able to cooperate on counterterrorism efforts going forward.

Members in both parties have raised doubts about the reliability of Pakistan, which has received billions in U.S. aid since the Sept. 11, 2001 attacks.

After being briefed by Panetta, Rep. Pete King (R-N.Y.), the chairman of the House Homeland Security Committee, said he was incensed that bin Laden could have been in a compound just miles from a Pakistani military installation without detection, possibly for years.

King said he had told Pakistan’s chief of mission, an official stationed at the embassy, that “this was a real crossroad” and that “it’s very hard to believe that some element of the Pakistani government, whether it’s military or intelligence, were not aware of this.”

A lawmaker who left the Senate briefing said Pakistan has a “lot of explaining to do” given the large compound where bin Laden was found.

“How could they not know about it?” the lawmaker said. “Either they’re incompetent or in cahoots.”

U.S. officials have long worried about ties between Pakistan's intelligence community and the Taliban, which governed Afghanistan and offered shelter to al Qaeda and bin Laden when the Sept. 11 attacks were hatched.

Yet the U.S. must also work with Pakistan, a Muslim country of nearly 200 million people and a nuclear power. U.S. troops in Afghanistan are fighting an enemy that frequently crosses the border with Pakistan to reload or escape.

Pakistan also has a rivalry with India, another nuclear power with a rising role in world affairs.

Panetta on Tuesday said the U.S. depends on cooperation with Pakistan in the war on terror.

“The reality is that we continue to confront our enemy in their country,” he said in an interview with NBC. “We conduct operations against that enemy and their country. They have provided cooperation with regards to that effort to go after those terrorists.

“At the same time, obviously, there — there are questions. And there are complications that we have to work through with the Pakistanis.”

Panetta said he hoped the U.S. could continue to work with Pakistan, “because the reality is that in that part of the world, we have to have Pakistan’s cooperation in dealing not just with the issue of terrorism in their country, but dealing with the issue of how we find peace in Afghanistan.”

Lawmakers departing Panetta’s briefings said officials from the Pentagon and intelligence services offered details on the timeline that led to the killing of bin Laden, but did not show a photo of the slain terrorist and did not discuss the cache of data that U.S. commandos reportedly took from the compound where bin Laden had lived.

Panetta told Time that U.S. forces recovered an “impressive amount” of material from bin Laden's compound and that he established a task force to act on any intelligence found in the haul. Television footage from the compound appeared to show that U.S. forces had dismantled computer hard drives in bin Laden's residence.

Pakistan officials say they have cooperated with U.S. anti-terrorism missions, and that intelligence work by their government helped lead the U.S. to bin Laden. In an op-ed Tuesday in The Washington Post, Pakistan President Asif Ali Zardari wrote that "a decade of cooperation" between the two countries led to bin Laden's death.

Relations between Pakistan and the U.S. have been tense due to attacks carried out by the U.S. in Pakistan. Tensions also flared when an embassy worker, who said he was the victim of an attempted robbery, killed two Pakistanis earlier this year. In Pakistan, there were claims that the worker was a spy.

Some lawmakers, however, said that despite tensions over bin Laden, they believed U.S. cooperation with Pakistan on anti-terror efforts would not suffer in the long term.

"We recognize that this relationship has been strained,” said House Democratic Caucus Chairman John Larson (Conn.). “But nonetheless, we also recognize its strategic importance and the need for us to work together.”

Alexander Bolton contributed to this story. 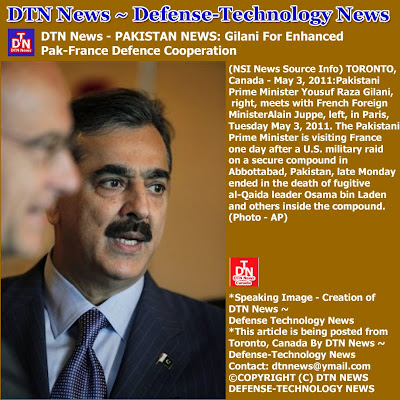 Gilani said this while talking to French Defence Minister Gerard Longuet, who called on him. Hours after his arrival in the French capital, the prime minister said Pakistan attached greater importance to its ties with France, and termed it a reliable and dependable friend. France has been a supplier of military hardware to Pakistan and hence the Pakistan Air Force possessed the largest worldwide fleet of Mirages III and V. Pakistan Navy is also using three Agosta 90 class submarines, that are also undergoing upgradation with the French cooperation. The two countries are also in talks to augment their defence ties. France had offered military assistance to Pakistan to strengthen its capabilities to fight terrorism and both the sides are in talks for the provision of French military hardware, including helicopters and ammunition to Pakistan. Talking to the French defence minister, Prime Minister Gilani said modern defence equipment could help Pakistan in the ongoing military operation against extremists and terrorists. app
Pakistan Related News;
*Link for This article compiled by Roger Smith from reliable sources
Daily Times
*Speaking Image - Creation of DTN News ~ Defense Technology News
*This article is being posted from Toronto, Canada By DTN News ~ Defense-Technology News
Contact:
dtnnews@ymail.com