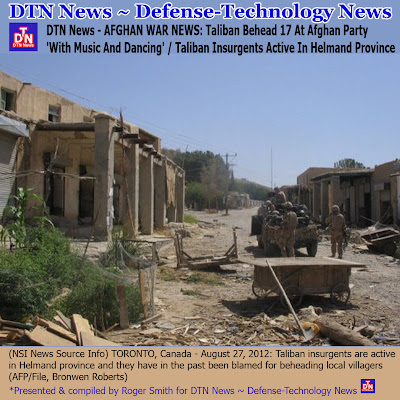 "I can confirm that this is the work of the Taliban," the Helmand provincial governor's spokesman Daud Ahmadi told AFP, referring to the hardliners notorious during their rule for public executions and the suppression of music and parties.

"Two women and 15 men were beheaded. They were partying with music in an area under the control of the Taliban," he said.
Nematullah Khan, the Musa Qala district chief confirmed that the villagers had organised a party with music, and one local official said he suspected that the two women had been dancing.
Secret parties with dancing women from a gypsy-type tribe are common across southern Afghanistan.
During their 1996-2001 rule in Afghanistan the Taliban, waging a fierce insurgency against the NATO-backed government of President Hamid Karzai, also tried to stop the mixing of men and women who were not related.
The latest atrocity happened near Zamindawar village, an area on the border between Kajaki and Musa Qala districts where the Taliban are active.
The insurgents have in the past been blamed for beheading local villagers, mostly over charges of spying for Afghan and US-led NATO forces.
Haji Musa Khan, a tribal elder in Musa Qala district, said the region had seen a surge in such killings in recent months.
"We had three people beheaded during the month of Ramadan. Another person, the son of a tribal elder, was beheaded recently," he said.
Khan said the killings followed major military operations by Afghan and NATO troops in the area.
Hours after the beheadings, Taliban insurgents overran an Afghan army post in the same province in a pre-dawn attack on Monday, killing 10 troopers, authorities said.
Four soldiers were wounded and six others were missing following the attack in Helmand's Washir district, senior regional police officer Colonel Mohammad Ismael Hotak told AFP.
Ahmadi confirmed the incident and said the attack was an "insider" plot in which some army soldiers helped the rebels attack the post.
"The Taliban attacked a post in Washir and killed 10 soldiers. Four other soldiers were wounded and five others have gone with the Taliban with their guns," he said. "It was an insider plot."
If it is confirmed that the attack was facilitated by soldiers it will mark a new escalation in a string of insider attacks on Afghan and NATO security forces.
Two NATO soldiers were killed Monday when an Afghan army soldier turned his weapon against them in a "green-on-blue" attack in eastern Laghman province, the US-led International Security Assistance Force said.
"ISAF soldiers returned fire and killed the attacker," ISAF said.
The latest NATO deaths take the toll from insider attacks this month alone to 12 and to a total of 42 this year, making up around 13 percent of all NATO deaths in 2012.
NATO, which has about 130,000 troops in Afghanistan, has struggled to stem the attacks and they have become a major issue in the Afghan war, eroding trust between the two forces. 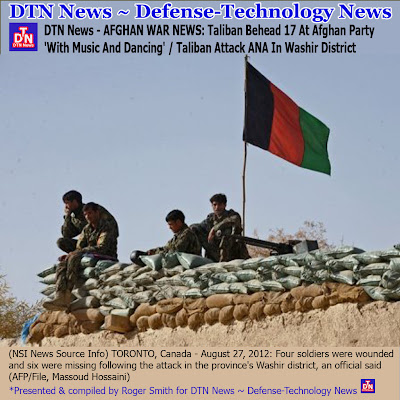 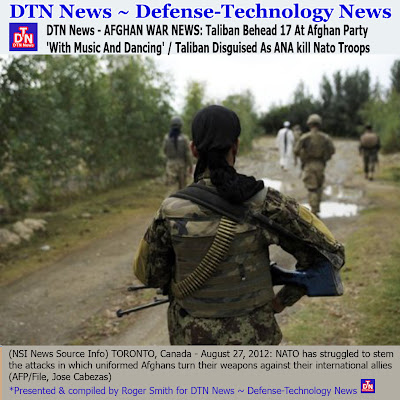 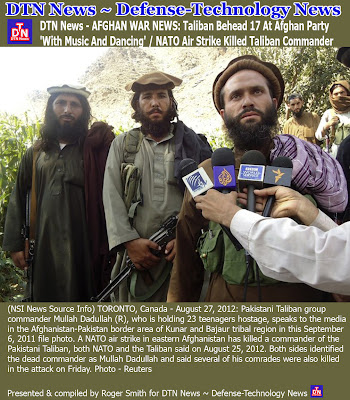