DTN News - DEFEXPO 2012 INDIA: Boeing To Showcase Defense Portfolio For Indian Market At Defexpo>India a significant defense market opportunity for Boeing>Company exhibit and events to focus on program execution, local partnerships>Indian Air Force to acquire 16 C-17 Globemaster III Airlifters has signed an agreement     with the US government to buy 10 C-17s with an option for 6 more>Indian Navy has 12 P-8I Neptune aircraft on order with deliveries beginning in 2013. A   total of 24 is planned to be ordered 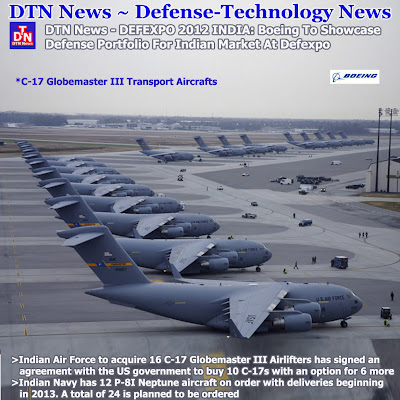 "India is a significant market for Boeing and we are committed to working closely with the defense ministry, armed forces and indigenous industry to meet India's defense and security needs," said Dennis Swanson, vice president, International Business Development, Boeing Defense, Space & Security in India. "In 2012, we will continue to strengthen our relationships in India through delivering on our promises on our existing P-8I and C-17 contracts; expanding our partnerships with the Indian aerospace industry; and demonstrating how the CH-47 and AH-64 are the right choices to meet India's heavy-lift and attack helicopter requirements."
Boeing will begin its Defexpo participation with a media reception and screening of the Boeing-sponsored film "Rescue" at 7:30 p.m. on March 28 at the Oberoi Hotel.
Stakeholders visiting the Boeing exhibit in Hall 14 will be invited to experience demonstrations of a P-8 Mission Console and Virtual Maintenance Training for rotary and fixed-wing aircraft.
Boeing's online press kit at www.boeing.com/bds/mediakit/2012/defexpo will be updated throughout the show with presentations from the briefings and schedule changes, if any. The site also contains program backgrounders and executive biographies. Reporters may contact the media relations representatives listed below to schedule interviews with executives at the show.

Source: DTN News - - This article compiled by Roger Smith from reliable sources Oshkosh Defense(NSI News Source Info) TORONTO, Canada - March 27, 2012: Oshkosh Defense, a division of Oshkosh Corporation (NYSE:OSK), today presented its solution for the Engineering Manufacturing & Development (EMD) phase of the Joint Light Tactical Vehicle (JLTV) program. With the JLTV program, the U.S. military is seeking to modernize its light vehicle fleet. Oshkosh is offering the latest generation of its Light Combat Tactical All-Terrain Vehicle (L-ATV) to upgrade the light tactical fleet with MRAP-level protection and unprecedented mobility in future missions. The Oshkosh L-ATV has been extensively tested and proven to meet or exceed all of the JLTV program’s requirements. 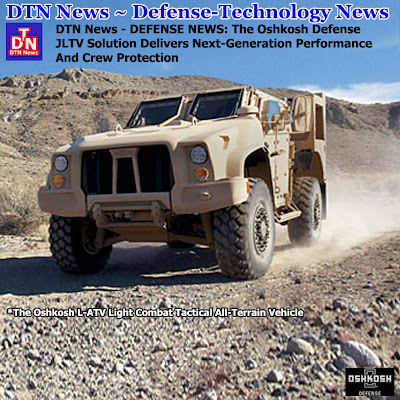 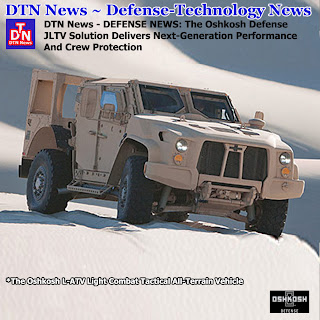 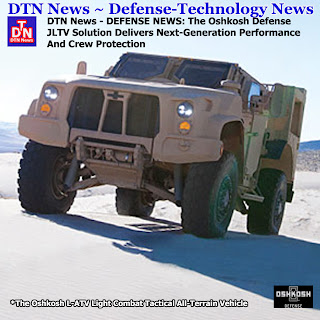