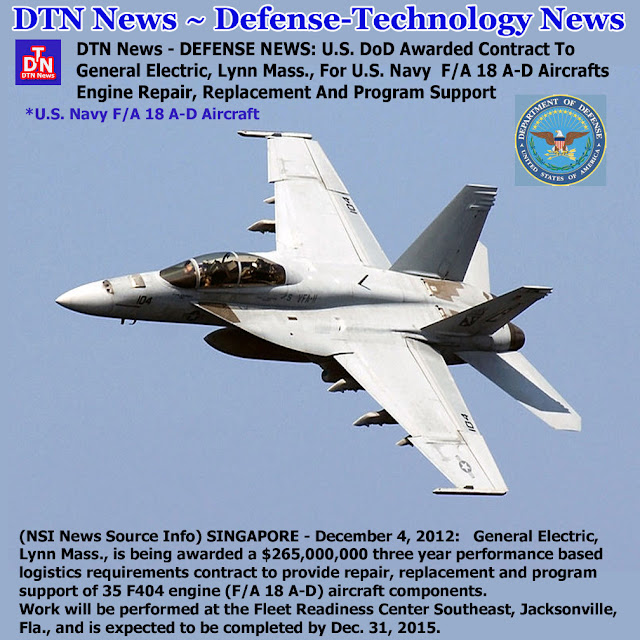 Work will be performed at the Fleet Readiness Center Southeast, Jacksonville, Fla., and is expected to be completed by Dec. 31, 2015.

The applicable Navy Working Capital Funds will not expire at the end of the current fiscal year.  No funds will be obligated at the time of award.

This contract was competitively procured with six offers solicited, and one offer received from the solicitation.

On the first day of Operation Desert Storm, two F/A-18s, each carrying four 2,000 lb. bombs, shot down two Iraqi MiGs and then proceeded to deliver their bombs on target. Throughout the Gulf War, squadrons of U.S. Navy, Marine and Canadian F/A-18s operated around the clock, setting records daily in reliability, survivability and ton-miles of ordnance delivered.

The Navy announced 18 May 1998 that its East Coast F/A-18 squadrons will relocate to Naval Air Station Oceana in Virginia Beach VA and Marine Corps Air Station Beaufort in Beaufort, SC. The jets will move from Naval Air Station Cecil Field in Jacksonville FL which was ordered closed by the 1995 Base Realignment and Closure Commission. Nine operational squadrons and the Fleet Replacement Squadron -- a total of 156 planes -- will move to Oceana. Two squadrons totaling 24 planes will move to Beaufort. The first squadron will move in the fall of 1998 and all 11 fleet squadrons and the Fleet Replacement Squadron completed their moves by October 1999.

Throughout its service, annual upgrades to F/A-18 weapon systems, sensors, etc. continued. The latest lot of the F/A-18C/D has grown to be far more capable (night attack, precision strike, low observable technologies, etc.) than the original F/A-18A/B; however, by 1991, it was becoming clear that avionics cooling, electrical, and space constraints would begin to limit future growth.

Additionally, another operational deficiency was beginning to develop. As the F/A-18C/D empty weight increased the aircraft were returning to the carrier with less than optimal reserve fuel and/or unexpended weapons. The additional range and "bring back" is not as essential to shore based operations. F/A-18A/B/C/D aircraft will fly for years with the U.S. Marine Corps and eight international customers: Australia, Canada, Finland, Kuwait, Malaysia, Spain, Switzerland and Thailand. Although the F/A-18C/D's future growth is now limited, it will also continue to fill a critical role in the U.S. Navy's carrier battle group for many years to come and will be an excellent complement to the larger, longer range, more capable F/A-18E/F Super Hornet. 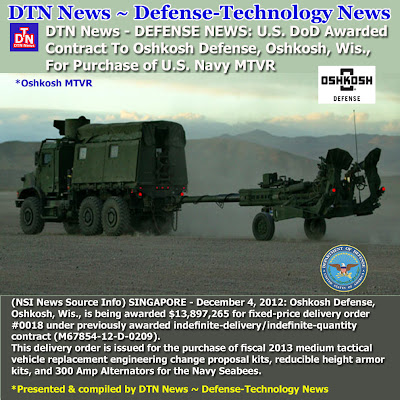 Contract funds in the amount of $2,246,112 will expire at the end of the current fiscal year.
The Marine Corps System Command, Quantico, Va., is the contracting activity.


Built to go over even the roughest terrains and through the most hazardous environments, the Oshkosh® Medium Tactical Vehicle Replacement (MTVR) is a high-performance, extremely durable, all-terrain vehicle military personnel can rely on. The MTVR easily carries 15 tons over the highway and up to 7 tons off-road. And with advanced technologies like TAK-4® independent suspension and the Command Zone™ integrated control and diagnostics system, the MTVR has the brawn and the brains to take on any obstacle that attempts to impede the mission.

With the ability to operate in the most extreme conditions, the Oshkosh MTVR provides the durability, reliability and versatility the armed forces need. And with the addition of an all-aluminum cab, a strict anti-corrosion program and total life-cycle support, the MTVR will continue to perform on any mission, every time – wherever that mission is 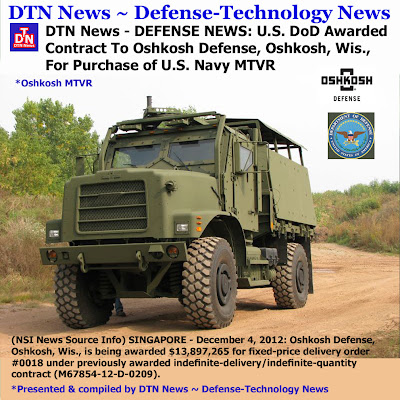