Source: DTN News - - This article compiled by Roger Smith from reliable sources Vancouver Sun
(NSI News Source Info) TORONTO, Canada - May 18, 2012: Shorting the Facebook IPO on its first day of trading is not for the faint of heart, but some traders are trying. 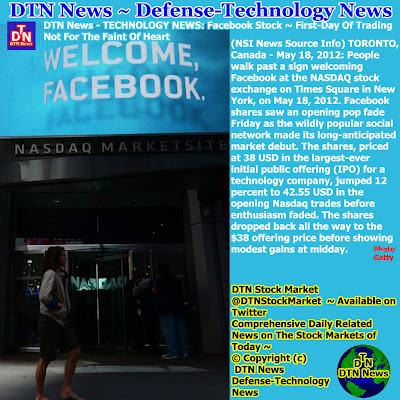 As the hottest initial public offering in recent memory, Facebook has drawn 1990s-style tech-mania interest from mom and pop investors and big institutions alike.That intense appeal means short-sellers are both attracted by the stock's high valuation and wary, at least for now."I have no interest in shorting a cultural phenomenon," hedge fund manager Jeffrey Matthews of Ram Partners in Greenwich, Connecticut, told Reuters in an email interview.Asked if this was because such stocks trade without regard to normal market valuation, he wrote back, "Bingo."Short sellers bet against shares by borrowing the security, then selling it. If the stock drops, they buy it back at the lower price, return it to the lender and pocket the difference as profit.Shorts looking to bet against Facebook early face an uphill battle. Traders interviewed said the stock was going to be hard to borrow, at least for a few days, and only the best-sourced hedge fund managers will able to find lenders.A prime broker at one of the top underwriters of the IPO said the firm would not be lending shares, at least until the initial settlement in three business days."I don't know how many shares will be available for shorting," said the broker, who requested anonymity. "We would only provide them once the deal has stabilized."The bigger-than-usual percentage of retail-investor ownership of the shares may make shorting more difficult, as those investors don't tend to lend their shares for those who want to take a short bet."It will likely be difficult to get shares to borrow," said Adam Reed, professor of finance at UNC Kenan-Flagler Business School in Chapel Hill, North Carolina.
"In our research, we found that around 70 percent of IPOs are borrowable on the first day, but many of those names were only borrowable by well-placed investors."Those who are able to short need nerves of steel. The borrowing cost will be high, and short-sellers may find the trade hard to unwind by buying back the stock in the open market, and could face a lender calling in their shorts if the stock rallies sharply.Still, some are trying to short Facebook on Day One."I'm doing the legwork now and calling all the brokers," said a hedge fund manager late on Thursday, after Facebook priced its IPO at $38 per share. "Goldman and Credit Suisse are our prime brokers, so I am in contact with them about this.""This is about as bubbly as you can get," he said. "My mother asked me if she could get Facebook shares and she has never been interested in IPOs before. A cab driver asked me about the IPO too. That's when you want to short it."The hedge fund manager asked not to be named as he expected to be involved in shorting the stock on Friday.At the $38-a-share IPO price, Facebook would trade at over 100 times historical earnings, versus Apple Inc's 14 times and Google Inc's 19 times.Facebook shares traded at $41.06 in early-afternoon dealings on Friday, up about 8 percent.Some hedge funds, remembering the heady days of the tech bubble in the late 1990s, have been sensing blood in the water in the recent flurry of social media and networking IPOs, including Groupon, LinkedIn, and Zygna .Many believe those stocks' valuations are too high, given expectations for their growth and revenue outlook.
Some traders who can't short Facebook shares early may be betting against these other social media stocks instead, according to Max Wolff, a senior analyst at GreenCrest Capital.Zynga shares plunged more than 13 percent in early trading on Friday and were down 5.7 percent in the afternoon. Groupon and Pandora Media were off at least 4 percent.Zynga's social games currently account for more than 10 percent of Facebook revenue and profit, so traders may be focusing most on Zynga shares and options as an alternative to Facebook."Zynga options have high skew right now. That's the pricing difference between out-of-the-money puts and out-of-the-money calls," said Ralph Edwards, director, derivatives strategy at ITG. "This typically means people are looking for Facebook to kind of spill over to Zynga. If Facebook catches a cold then Zynga gets pneumonia."Still, even among the skeptical, there is a good deal of caution in facing down a stampede of hopeful long investors. As economist John Maynard Keynes famously noted, the market can stay irrational longer than investors can stay solvent.
"Facebook is the kind of stock that, if you don't like it, you simply avoid it," said Mohannad Aama, managing director at Beam Capital Management LLC in New York.© Copyright (c) The Vancouver Sun 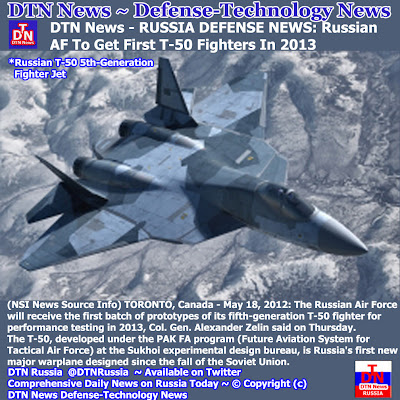 The T-50, developed under the PAK FA program (Future Aviation System for Tactical Air Force) at the Sukhoi experimental design bureau, is Russia's first new major warplane designed since the fall of the Soviet Union.
“The work on the fifth-generation fighter is going according to schedule,” Zelin, a former Air Force commander, told a news conference in Voronezh (central Russia). “The third prototype has joined the testing program and the fourth is being built.”
The T-50 made its maiden flight in January 2010 and three prototypes have since been undergoing flight tests.
Zelin earlier said that the number of T-50 aircraft involved in testing would be increased to 14 by 2015.
The fighter was first shown to the public in August 2011, in Zhukovsky near Moscow, at the MAKS-2011 air show.
It has been decided to equip current fighter models with available thrust-vectoring engines. The first batch of upgraded fighters will be handed over to the Air Force by late 2020. It is also planned that all new T-50 fighters will have become operational by then.
“When a plane powered by a regular engine is taken to a wide angle of attack at low speeds, it loses control and stability and starts moving independently of the pilot’s commands, i.e. the plane moves randomly. The Su-35 has perfect controllability at any speed, even at negative speeds, for instance, when the plane drops tail-forward. The pilot can effectively put the plane in any angular position,” Sergei Bogdan, a Su-35 and T-50 test pilot, explained to Izvestiya.
The world’s first thrust-vectoring engine appeared in the export version of the Su-30 meant for India. The first contract for the delivery of such planes was signed more than 10 years ago. India currently operates 150 Su-30 aircrafts and plans to contract the delivery of another 100 machines. Furthermore, Russia supplies Su-30 models powered by these engines to Malaysia and Algeria.

The maiden flight of the T-50 / Project 701 / PAK FA, the first Russian fifth-generation fighter jet was completed successfully on Friday morning, 29 January 2010 at Komsomol'sk-na-Amur. This event is signfincant for several reasons.