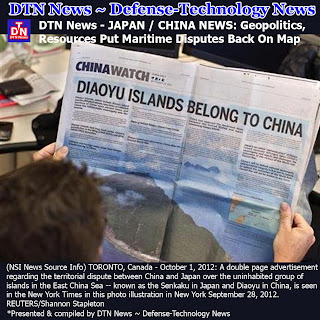 But as rising powers face off against each other in a battle not just for influence but also vital resources, such disputed islets, reefs, and areas of seabed are swiftly growing in importance; and not just in Asia.