Source: DTN News - - K. V. Seth
(NSI News Source Info) SINGAPORE - December 30, 2010: We thank you for your patronage on DTN News, please continue to do so. In the interim, we wish you Season's Greetings and God Bless you All! 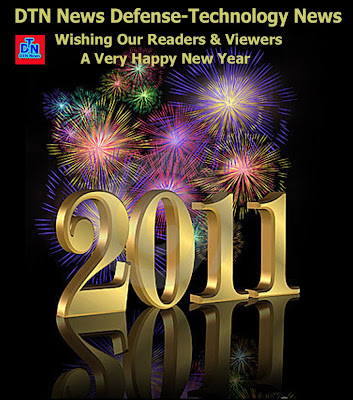 Some of the world will be able to greet the first part of the new year with a solar eclipse. On the morning of Tuesday, January 4, 2011, an eclipse of the Sun will be widely visible across Europe and as far east as India. The eclipse won’t be visible in North and South America, however. Jay Pasachoff of Williams College in the US is the Chair of the International Astronomical Union’s Working Group on Eclipses, and says that even at a maximum, this eclipse will be only partial, with some of the Sun always visible. Because the Sun is too bright to look at safely, Pasachoff stresses that special solar filters or projection methods should always be used to protect the eyes.

Pasachoff will be in Tel Aviv to view the eclipse, and since partial eclipses are usually not very scientifically useful, he is looking forward to just enjoying the eclipse instead of scrambling to set up various scientific equipment.

“Partial eclipses are fun, and much more relaxing for a total-eclipse scientist like me, since the pressure on me is low and nothing happens too fast,” he told Universe Today. “Seeing a partial or other solar eclipse happen right on time, to the second, can be inspirational to students to study hard so that they, too, can understand the Universe.”

This will be Pasachoff’s 52nd solar eclipse.

Radio astronomers do find partial eclipses useful, as with a radio telescope, or in theultraviolet or x-rays from spacecraft, scientists can use the timing of when solar active regions are covered and uncovered to study the structure of solar storms in better detail than is otherwise possible, Pasachoff said.

For this eclipse, people in Western Europe will find the Sun already eclipsed as the daybegins, with the eclipse lasting about 80 minutes more. On January 4, the Moon will gradually cover the Sun, over a period of about 3 hours. At maximum, the eclipse will be at the horizon at sunrise in England, with 75% of the Sun’s diameter covered, and then gradually emerge over the next hour and 20 minutes. In Paris or Berlin, 80% of the Sun will be covered near sunrise. Farther east, the Sun will be a bit higher in the sky at maximum, 22° high with 67% covered in Athens. In Israel and Egypt, the Sun will be 33° high with over 55% coverage at maximum.

The most important thing, Pasachoff said, is to view an eclipse safely.

“Whenever the ordinary Sun is visible, even only part of it, you should not stare at it,” he said. “Special solar filters are available cheaply, or dense welders’ glass will do. Another method of seeing that the Sun is eclipsed is to punch a hole a few millimeters across in a piece of cardboard and hold it up to the Sun while you face away from the Sun and see the Sun’s image projected on the ground or onto another piece of cardboard. This method is called projection with a pinhole camera. It is rare that haze or clouds are sufficient to reduce the Sun’s intensity enough that one can see a partially covered Sun safely.”

2011 is unusual in that it has only four partial solar eclipses, for all of which the darkest part of the Moon’s shadow passes off the Earth’s surface. In 2012, an annular eclipse in which the Moon’s disk is a little too small to cover the entire Sun will pass from Japan over the Pacific to California and farther into the U.S. on May 20. On November 14, 2012, a total solar eclipse, in which it becomes dark as twilight, will start in northeastern Australia and cross a broad swath of the South Pacific.