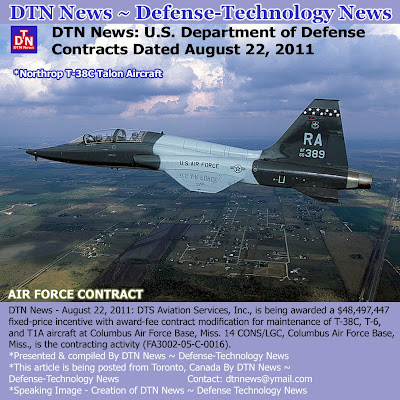 Ultra Armoring, L.L.C., Kings Mountain, N.C., is being awarded a $44,685,424 total ceiling, one-year indefinite-delivery/indefinite-quantity contract with firm-fixed-price (FFP) delivery orders for the purchase of non-standard commercial vehicles in support of U.S. Special Operations Command Procurement Division. The first delivery order will be an FFP order obligating $23,532,541. The work will be performed in Shelby, N.C., and is expected to be completed by August, 2012. Contract funds will not expire at the end of the current fiscal year. This contract was awarded through other than full and open competition IAW 10 U.S.C. 2304(c)(2), “Unusual and Compelling Urgency,” as implemented by FAR 6.302-2 in support of Combat Mission Needs Statement 168 (H92222-11-D-0027).

Canadian Commercial Corp., Ottawa, Canada, was awarded a fixed-price with economic price adjustment contract with a maximum $20,080,488 for a modern burner unit, spare parts, and accessories. The other location of performance is in Richmond, British Columbia, Canada. Using service is the Army. The date of performance completion is Aug. 18, 2012. The Defense Logistics Agency Troop Support, Philadelphia, Pa., is the contracting activity (SPM3SE-11-D-0004).

Rolls-Royce Corp., Indianapolis, Ind., is being awarded an $8,393,445 modification to a previously awarded firm-fixed-price contract (N00019-10-C-0020) to exercise an option for 17 CV-22 low power repairs for AE1107 Turboshaft engines for the Air Force. Work will be performed in Oakland, Calif. (70 percent), and Indianapolis, Ind. (30 percent), and is expected to be completed in February, 2012. Contract funds in the amount of $8,393,445 will expire at the end of the current fiscal year. The Naval Air Systems Command, Patuxent River, Md., is the contracting activity.

K-W Construction*, San Marcos, Texas, is being awarded $7,608,000 for firm-fixed-price task order #0003 under a previously awarded multiple award construction contract (N69450-10-D-0774) for the Training-6, Texan, Phase II Facilities Recapitalization Project at Naval Air Station, Corpus Christi. The work to be performed provides for necessary repairs and modernization to a World War II-era hangar, and interior space modifications to two smaller buildings. The project includes replacement of interior walls, ceilings, and flooring, and structural, mechanical, plumbing, and electrical system repairs and/or replacement. The task order also contains one unexercised option, which, if exercised, would increase cumulative task order value to $7,788,000. Work will be performed in Corpus Christi, Texas, and is expected to be completed by November, 2013. Contract funds will expire at the end of the current fiscal year. Two proposals were received for this task order. The Naval Facilities Engineering Command, Southeast, Jacksonville, Fla., is the contracting activity. 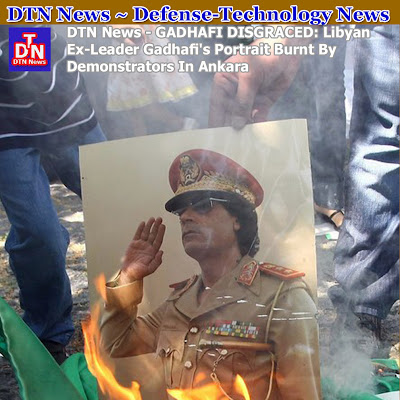 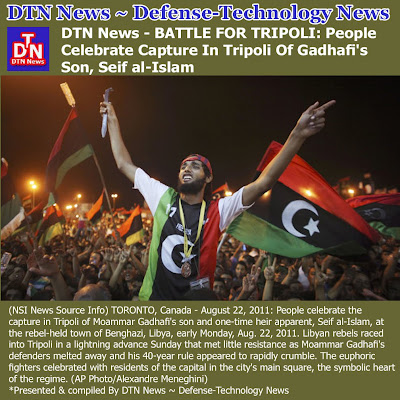 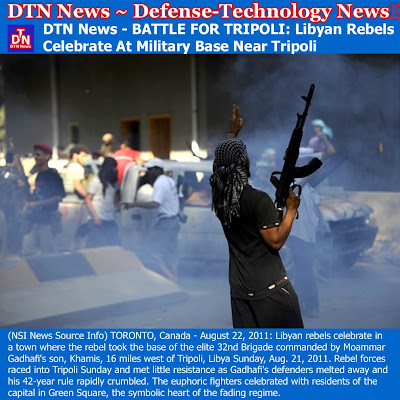 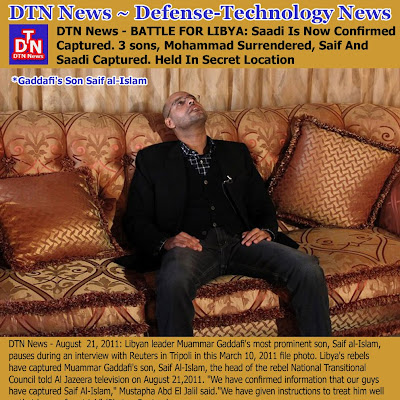 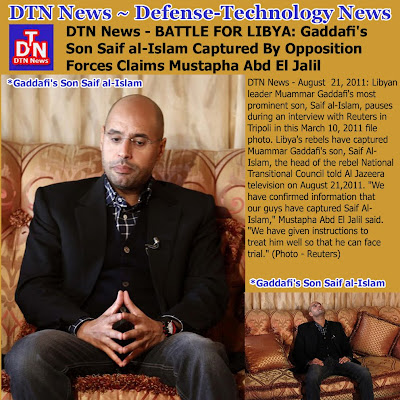 A portrait of Libyan leader Moamer Gadhafi and copies of his green book are set on fire by demonstrators during a protest outside the Libyan embassy in Ankara on August 22, 2011 as Libyan rebels entered the heart of Tripoli in a final drive to oust Gadhafi.
Libyan opposition groups hauled down the flag of Gadhafi's regime at the embassy and flew the rebel flag instead. The new flag belongs to Libya's National Transitional Council, which was recognized in July by Turkey as the legitimate representative of the Libyan people.
*Link for This article compiled by Roger Smith
*Speaking Image - Creation of DTN News ~ Defense Technology News
*This article is being posted from Toronto, Canada By DTN News ~ Defense-Technology News
Contact:
dtnnews@ymail.com 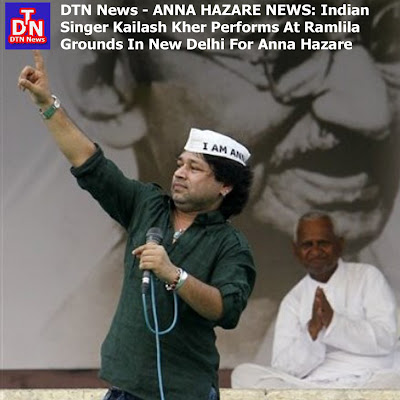 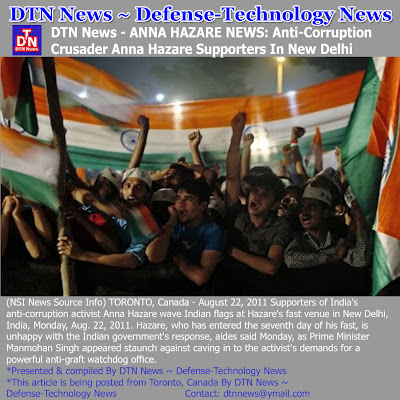 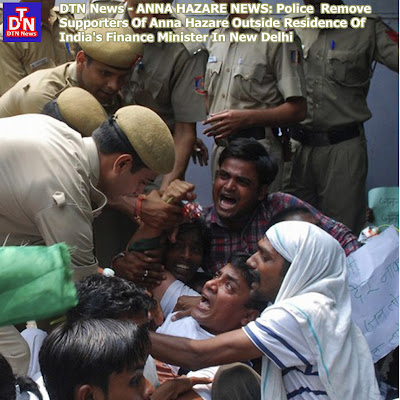 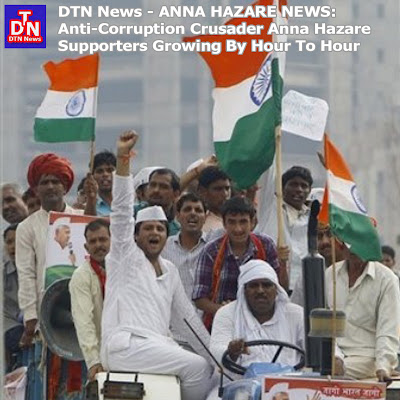 Indian singer Kailash Kher performs as anti-corruption activist Anna Hazare, who is on a hunger strike, sits in front of the portrait of Mahatma Gandhi at the Ramlila Grounds in New Delhi, India, Monday, Aug. 22, 2011
Supporters of India's anti-corruption activist Anna Hazare wave Indian flags at Hazare's fast venue in New Delhi, India, Monday, Aug. 22, 2011. Hazare, who has entered the seventh day of his fast, is unhappy with the Indian government's response, aides said Monday, as Prime Minister Manmohan Singh appeared staunch against caving in to the activist's demands for a powerful anti-graft watchdog office.
*Link for This article compiled by Roger Smith
*Speaking Image - Creation of DTN News ~ Defense Technology News
*This article is being posted from Toronto, Canada By DTN News ~ Defense-Technology News
Contact:
dtnnews@ymail.com