DTN News: Afghanistan TODAY October 19, 2010 - The Trouble With Talking To The Taliban

DTN News: Afghanistan TODAY October 19, 2010 - The Trouble With Talking To The Taliban
*As in Vietnam, compromise is not in the insurgents' playbook.

Source: Bret Stephens - The Wall Street Journal WSJ
(NSI News Source Info) KOTTAKKAL, Kerala, India - October 19, 2010: So the U.S. has now given safe passage to senior Taliban commanders for parleys with the Afghan government in Kabul. That's good for Hamid Karzai, who must look to his own post-American world, good for the Obama administration, which wants a politically graceful exit from Afghanistan, and excellent for the Taliban, which seeks to return to power. Too bad it also risks turning Afghanistan into another Vietnam. 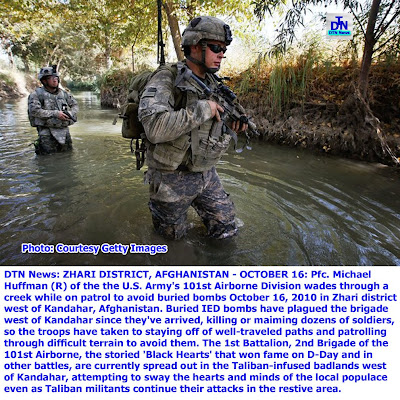 By late 1967, the U.S. had been fighting in Vietnam for seven years, combat deaths were at the 10,000 mark, and pundits and policy makers (though not yet the public) were concluding the war was unwinnable. The Johnson administration had undertaken a bombing campaign of the North but had refused to go after communist sanctuaries in neighboring Laos or Cambodia, or to disrupt the supply of Soviet arms. Nor would the U.S. invade the North out of a misplaced fear of Chinese intervention.

Under those restrictive conditions, the war really was unwinnable. But rather than change the military strategy, the administration opted to change the diplomatic one. In September 1967, Johnson announced his willingness to halt the bombing in exchange for "productive discussions" with the North. Productive meaning what? Hanoi's idea of diplomacy was first to object to the shape of the negotiating table, and then to insist that the U.S. collude in overthrowing the government of South Vietnam.

It would be another five years before an agreement was reached. It was less the product of the talks themselves than of a series of sharp military reversals for the North. And even then the agreement proved meaningless: The North refused to honor its terms, and the U.S. lacked the political will to enforce them. And so Vietnam was lost.

What, then, did the talks accomplish? Politically, they were supposed to demonstrate that the U.S. wanted peace. The antiwar movement was not impressed. Strategically, they were supposed to offer the U.S. an alternative to a victory that U.S. policy makers had concluded was beyond reach. But as Henry Kissinger would later observe, "Hanoi's leaders had launched their war in order to win, not to cut a deal." 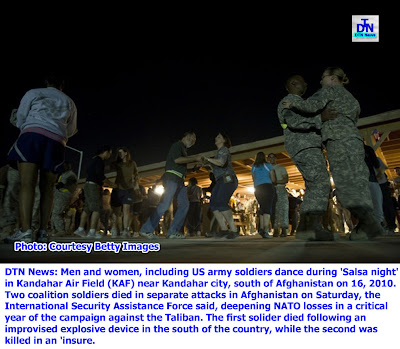 On the other hand, what the talks did do was provide the North with innumerable opportunities to pocket U.S. concessions, forestall U.S. military actions, and manipulate U.S. public opinion. If negotiations were, for Washington, an effort to end the war, for Hanoi they were a form of warfare by other means.

Now to Afghanistan. Plainly the war there is not Vietnam redux. The Taliban has a more limited base of popular support and no superpower patron. Their sanctuaries in Pakistan are nothing like North Vietnam itself. The U.S. military has internalized the lessons of counterinsurgency doctrine. American combat deaths over nine years of war are barely half of what the U.S. lost in May 1968 alone. The war remains eminently winnable.

But all that is put at risk the moment the U.S. embarks on the same talk-and-fight strategy it adopted in Vietnam. If winning over the Taliban's "reconcilables" were the goal, we could simply adopt an amnesty strategy on the same generous terms Colombia offered FARC deserters. High-level negotiations are another story.

How shall we expect the Taliban to negotiate? Their first tactic—disavowing that the commanders who went to Kabul speak for the Taliban itself—is straight out of the guerrilla's playbook: By creating the illusion of a gap between their negotiators and fighters (think Sinn Fein and the IRA), they permit the negotiators to maintain a veneer of credibility without compromising their military options. 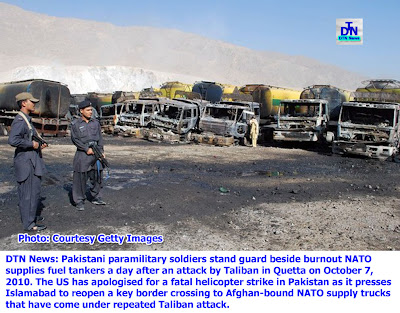 Second, they will make maximalist demands, in the expectation that Mr. Karzai or the U.S. will moderate their own negotiating stance. This was the experience of the U.S. in Vietnam, just as it is now between the West and Iran.

Third, they will seek to exploit latent divisions between Mr. Karzai and the Obama administration. What happens in the event that Mr. Karzai is prepared to accept terms unacceptable to the U.S., such as sharing power with Mullah Omar? Ultimately, we are in Afghanistan to defend core U.S. interests, not the whims of its capricious president.

Fourth, the Taliban will create security problems that it will then offer to "solve" at the price of this or that concession. Kim Jong Il is the master of this style of bargaining.

Finally, the Taliban will never honor any agreement it makes. Like most modern insurgencies, its grievances are all pretexts: What it seeks is absolute power, exercised without restraint. We know how that movie ends.

There's one way—and only one way—the U.S. could get the Taliban to come to terms: a series of decisive military blows that give them no other option. At that point, who would want to rehabilitate them? Surely not an administration intent on avoiding, as this one so keenly is, "another Vietnam."

Mr. Stephens writes the Journal's "Global View" column on foreign affairs, which runs every Tuesday in the U.S. and is also published in the European and Asian editions of the paper. He is a deputy editorial page editor, responsible for the editorial pages of the Asian and European editions of the paper, the columnists on foreign affairs, and the Far Eastern Economic Review. He previously worked for the paper as an op-ed editor in New York and as an editorial writer in Brussels for The Wall Street Journal Europe.

From March 2002 to October 2004 Mr. Stephens was editor-in-chief of The Jerusalem Post, a position he assumed at age 28. At the Post, he was responsible for the paper's news and editorial divisions. He also wrote a weekly column.

In 2004, Mr. Stephens was named a Young Global Leader by the World Economic Forum, where he is also a media fellow.

Raised in Mexico City and educated at The University of Chicago and the London School of Economics, Mr. Stephens is married and has three children. 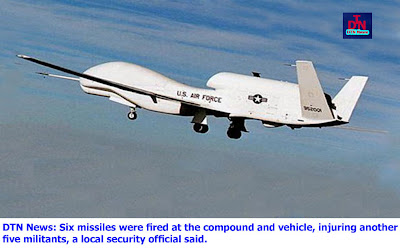 “The identities of those killed in the strike are not yet known,” the official said on condition of anonymity.

“There are still four drones flying over Datta Khel,” he said.

A second security official confirmed the strike which took place in Sunzalai village near Datta Khel, a town 45 kilometres (28 miles) west of Miranshah, the main town in North Waziristan — a renowned hot-bed of Taliban and Al-Qaeda linked militants.

Six missiles were fired at the compound and vehicle, injuring another five militants, a local security official said.

The compound belongs to a local tribesman, the official said.

*Comprehensive daily news related to World Top Stories for the world of TODAY.
Posted by Defense-Technology News at 10/18/2010 11:47:00 AM No comments:

This section contains only official communiques issued by industry, government agencies, international organizations or other agencies which defense-aerospace.com has determined are of interest to users

Weight remains a major obstacle for the U.S. Army as it tries to equip soldiers with all of the gear needed to remain safe and connected to other soldiers on the battlefield. ... full story 12 Oct 16:01 EDT (20:01 GMT)

Plans to develop the Joint Light Tactical Vehicle may be at risk as the Defense Department puts new emphasis on efficiency. ... full story 7 Oct 16:29 EDT (20:29 GMT)

PESHAWAR, Pakistan - More than 40 NATO vehicles were destroyed in two separate Taliban attacks in Pakistan on Oct. 6 as the militants stepped up their efforts to disrupt supply routes into Afghanistan. ... full story 6 Oct 14:36 EDT (18:36 GMT)

NEW DELHI - Half of the weapons and equipment used by the Indian Air Force are obsolete and need urgent replacement, a top Indian defense official has said. ... full story 5 Oct 12:53 EDT (16:53 GMT)

BAGHDAD - Iraq is preparing to buy as much as $13 billion in American arms and military equipment, a huge order of tanks, ships and hardware that U.S. officials say shows Iraqi-U.S. military ties will be tight for years to come. ... full story 1 Sep 05:55 EDT (09:55 GMT)