DTN News - CORRUPTION AS A BARRIER TO INDIAN PROGRESS: Indian PM Faces Heat Over Lost $211 Billion By Selling Coalfieds Too Cheaply To Firms

Source: DTN News - - This article compiled by Roger Smith from reliable sources Al Jazeera &  Top 10 Corruption Scams in India - Trak.in(NSI News Source Info) TORONTO, Canada - March 23, 2012: Opposition legislators have staged noisy demonstrations in the Indian parliament after a draft report from a government auditor said the country had lost up to $211b in revenue from selling coalfields too cheaply. 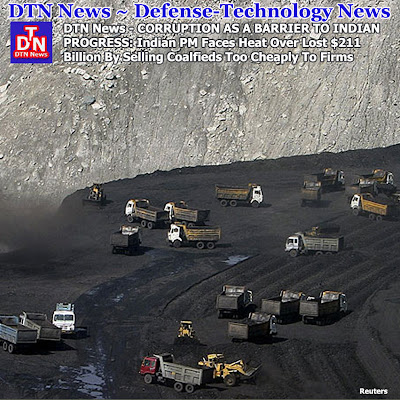 Thursday's uproar added to pressure on Manmohan Singh, the prime minister, after months of scandals and policy missteps.

The prime minister's office called the estimated loss "exceedingly misleading," after the report - leaked from the federal auditor and published in the Times of India newspaper - prompted calls for an explanation and rattled investors.

The leaked draft from the Comptroller and Auditor General's (CAG) office criticised the allocation of 155 coalfields to about 100 private and some state-run firms between 2004 and 2009, questioning why they were not auctioned off to the highest bidder.

The firms mentioned include a subsidiary of the world's largest steel maker, Arcelor Mittal, whose shares were trading down 3.2 per cent in Amsterdam.

"This is the mother of all scams," said Venkaiah Naidu, a senior leader in the opposition Bharatiya Janata Party."The prime minister should reply," he said.

Singh himself, who oversaw the coal ministry during some of the period covered in the report, made no comment during a parliamentary appearance earlier in the day.

The published excerpts of the coal sale report have so far stopped short of direct graft accusations against Singh.

The draft said the policy undervalued the coal by at least 10.7 trillion rupees, or $211bn at today's exchange rate.

The auditor later backed away from the loss calculation and said its thinking had changed.

In a letter to the prime minister on Thursday, the auditor described the low-priced sales as an "unintended benefit" to companies that did not mean an equivalent loss to the exchequer.

"The leak of the initial draft causes great embarrassment as the audit report is still under preparation. Such leakage causes very deep anguish," the auditor said.

The letter was quickly tweeted by Singh's office.

Singh first faced criticism two years ago when his government was accused of graft in the sale of the nation's telecommunication spectrum. Those allegations led to the cancellation of licenses. The telecoms sale may have cost the government up to $36bn.

Those charges led to huge street protests and landed a minister and several company executives in jail.

India is the world's third-largest coal producer after China and the United States, but output has struggled to keep up with consumer demand for electricity.
Related News - Coal Mafia
An average Indian citizen is hard working and diligent, but it is the people in charge of the system (The Babu’s) or with whom the power lays, that act as a cancer spreading the venom, slowing down progress and what all not. But, somewhere down the line, we ourselves are responsible for allowing and being taken for a ride by these people, aren’t we?
However, it is during a multi-thousand crore scam, that a tax-payer actually realizes the heartburn of being cheated from his valued contribution of funds towards the development and well-being of the nation. But, that’s what a scam, be it big or small, means – the act of swindling by some fraudulent scheme or action.

THE TOP SCAMS IN INDIA - TRAK.IN

We have had a number of scams in India; but none bigger than the scam involving the process of allocating unified access service licenses. At the heart of this Rs.1.76-lakh crore worth of scam is the former Telecom minister A Raja – who according to the CAG, has evaded norms at every level as he carried out the dubious 2G license awards in 2008 at a throw-away price which were pegged at 2001 prices. Another feather in the cap of Indian scandal list is Commonwealth Games loot. Yes, literally a loot! Even before the long awaited sporting bonanza could see the day of light, the grand event was soaked in the allegations of corruption. It is estimated that out of Rs. 70000 crore spent on the Games, only half the said amount was spent on Indian sportspersons.
The Central Vigilance Commission, involved in probing the alleged corruption in various Commonwealth Games-related projects, has found discrepancies in tenders – like payment to non-existent parties, will-ful delays in execution of contracts, over-inflated price and bungling in purchase of equipment through tendering – and misappropriation of funds.

As they say, every scam must have something unique in it to make money out of it in an unscrupulous manner- and Telgi scam had all the suspense and drama that the scandal needed to thrive and be busted.
Abdul Karim Telgi had mastered the art of forgery in printing duplicate stamp papers and sold them to banks and other institutions. The tentacles of the fake stamp and stamp paper case had penetrated 12 states and was estimated at a whooping Rs. 20000 crore plus. The Telgi clearly had a lot of support from government departments that were responsible for the production and sale of high security stamps. 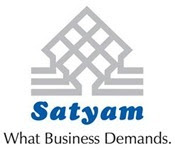 The scam at Satyam Computer Services is something that will shatter the peace and tranquillity of Indian investors and shareholder community beyond repair. Satyam is the biggest fraud in the corporate history to the tune of Rs. 14000 crore.
The company’s disgraced former chairman Ramalinga Raju kept everyone in the dark for a decade by fudging the books of accounts for several years and inflating revenues and profit figures of Satyam. Finally, the company was taken over by the Tech Mahindra which has done wonderfully well to revive the brand Satyam.

The Bofors scandal is known as the hallmark of Indian corruption. The Bofors scam was a major corruption scandal in India in the 1980s; when the then PM Rajiv Gandhi and several others including a powerful NRI family named the Hindujas, were accused of receiving kickbacks from Bofors AB for winning a bid to supply India’s 155 mm field howitzer.
The Swedish State Radio had broadcast a startling report about an undercover operation carried out by Bofors, Sweden’s biggest arms manufacturer, whereby $16 million were allegedly paid to members of PM Rajiv Gandhi’s Congress.
Most of all, the Bofors scam had a strong emotional appeal because it was a scam related to the defense services and India’s security interests. 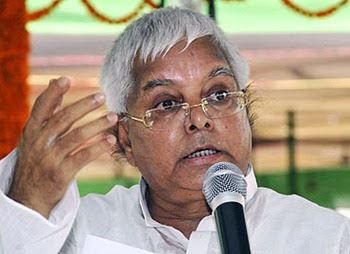 If you haven’t heard of Bihar’s fodder scam of 1996, you might still be able to recognize it by the name of “Chara Ghotala ,” as it is popularly known in the vernacular language.
In this corruption scandal worth Rs.900 crore, an unholy nexus was traced involved in fabrication of “vast herds of fictitious livestock” for which fodder, medicine and animal husbandry equipment was supposedly procured.

The Hawala case to the tune of $18 million bribery scandal, which came in the open in 1996, involved payments allegedly received by country’s leading politicians through hawala brokers. From the list of those accused also included Lal Krishna Advani who was then the Leader of Opposition.
Thus, for the first time in Indian politics, it gave a feeling of open loot all around the public, involving all the major political players being accused of having accepted bribes and also alleged connections about payments being channelled to Hizbul Mujahideen militants in Kashmir.

Well, I am running out of time and space over here. The list of scandals in India is just not ending and becoming grave by every decade. Most of us are aware about the recent scam in IPL and embezzlement with respect to bidding for various franchisees. The scandal already claimed the portfolios of two big-wigs in the form of Shashi Tharoor and former IPL chief Lalit Modi.

Although not corruption scams, these have affected many people. There is no way that the investor community could forget the unfortunate Rs. 4000 crore Harshad Mehta scam and over Rs. 1000 crore Ketan Parekh scam which eroded the shareholders wealth in form of big market jolt.
*Link for This article compiled by Roger Smith from reliable sources Al Jazeera &
Top 10 Corruption Scams in India - Trak.in
*Speaking Image - Creation of DTN News ~ Defense Technology News
*This article is being posted from Toronto, Canada By DTN News ~ Defense-Technology News Contact:dtnnews@ymail.com
©COPYRIGHT (C) DTN NEWS DEFENSE-TECHNOLOGY NEWS
Read more »
Posted by Defense-Technology News at 3/23/2012 03:32:00 PM No comments: