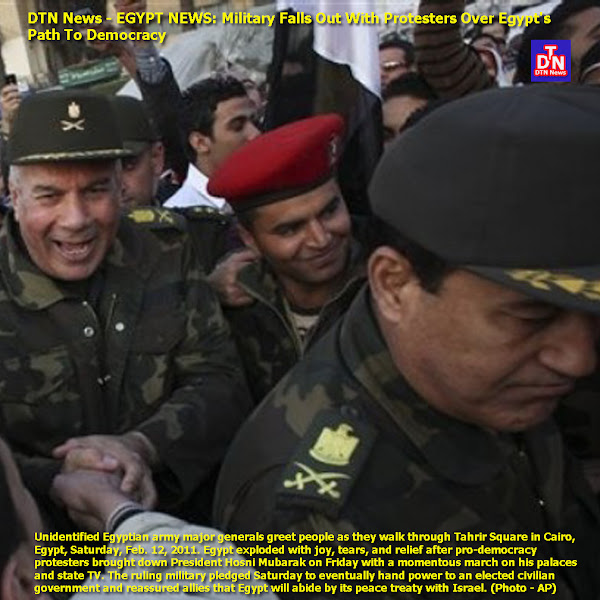 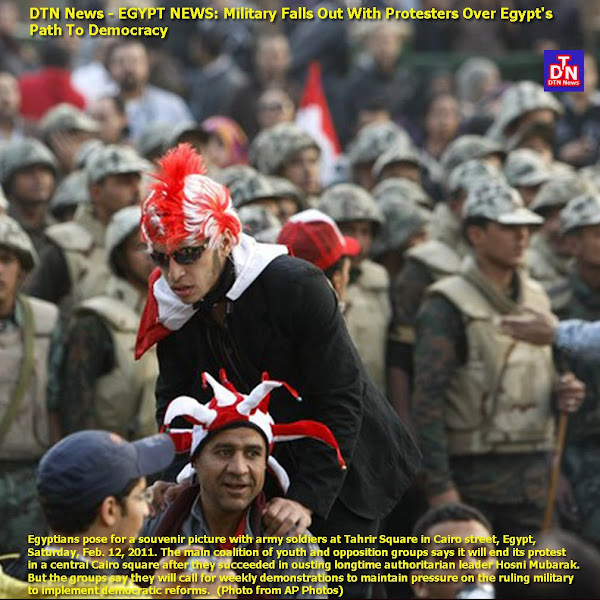 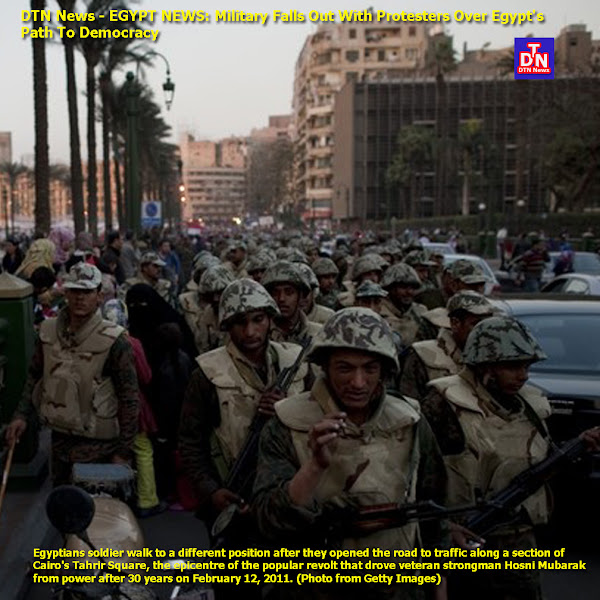 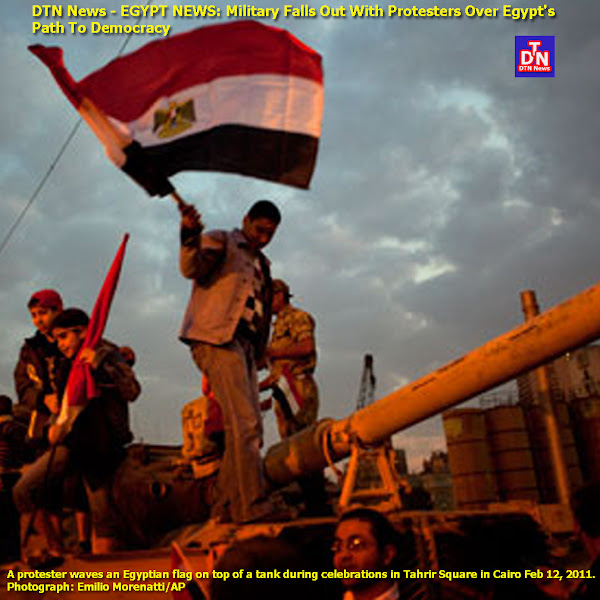 The army sought to stave off pressure from jubilant protesters to swiftly hand power to a civilian-led administration by saying that it is committed to a "free democratic state".

The military leadership gave no timetable for the political transition, and many of the demonstrators who filled Cairo's Tahrir square for 18 days rejected the military's appeal to dismantle the barricades and go home.

They said they were waiting for specific commitments from the military on their demand for a civilian-controlled interim administration, the lifting of the oppressive state of emergency and other steps toward political liberalisation.

The shock waves of Mubarak's fall were felt across the region today, particularly in Algeria and Yemen. Thousands of anti-government protesters, apparently inspired by events in Cairo, turned out in Algiers to confront the police. There were reports that hundreds had been arrested. In Sanaa, a protest by about 2,000 people to demand political reform was broken up by armed government supporters.

Some of the organisers of Egypt's revolution announced they had formed a council to negotiate with the military and to oversee future demonstrations to keep up the pressure on the army to meet the demand for rapid democratic change.

"The council will have the authority to call for protests or call them off depending on how the situation develops," said Khaled Abdel Qader Ouda, one of the organisers.

Earlier, General Mohsen el-Fangari said in a televised statement that the military intends to oversee "a peaceful transition of power" to allow "an elected civilian government to rule and build a free democratic state". He said the present cabinet would continue to sit until a new one is formed.

El-Fangari announced that the widely-ignored overnight curfew imposed during the crisis would be shortened by several hours.

The military council also sought to allay American and Israeli concerns by saying that Egypt will continue to respect international treaties it has signed. Israeli politicians had expressed concern that a new government in Cairo might abrogate the 1979 peace accord between the two countries.

"Peace is not only in the interest of Israel but also of Egypt. I am very happy with this announcement," he told Israeli television.

But there will still be concern in Jerusalem about whether a future civilian government will be as cooperative as Mubarak's regime in isolating and undermining the Hamas administration in the Gaza strip.

People continued to pour in to Cairo's Tahrir square, in part to celebrate at the epicentre of the revolution against the Mubarak regime. But there was also concern among some of the core group of activists who helped organise the mass protests that brought down Mubarak at the army's apparent intent to control the political transition.

A group of the activists issued what they called the "People's Communique No 1" — mirroring the titles of military communiques – listing a series of demands.

The included the immediate dissolution of Mubarak's cabinet and "suspension of the parliament elected in a rigged poll late last year".

The reformists want a transitional administration appointed with four civilians and one military official to prepare for elections in nine months and to oversee the drafting of a new constitution.

The Muslim Brotherhood, the banned Islamist group that has been the target of military tribunals aimed at suppressing it, sought to allay fears in Egypt and abroad that it will attempt to take power.

It said it would not be running a candidate in presidential elections and would not seek to win a majority in parliament. It also offered unusual support for the military council.

Reuters reported that the information minister, Anas El-Fekky, was placed under house arrest the day after the military barred some Egyptian officials, including former ministers and state bankers suspected of corruption, from leaving the country without the permission of the armed forces or the state prosecutor.

Mubarak was believed to be at his luxury retreat in Sharm el-Sheikh.

One of the most urgent tasks for the new Egyptian administration is to get the economy back on track. The protests of the past three weeks are estimated to have cost the country more than $300m a day, in part because of a collapse in tourism.

The authorities announced that the stock exchange will reopen on Wednesday.

The crowd was eager to have a first hand experience of flying displays from top-notch aerobatic teams like 'Surya Kiran', 'Sarang' and 'Red Bull'. 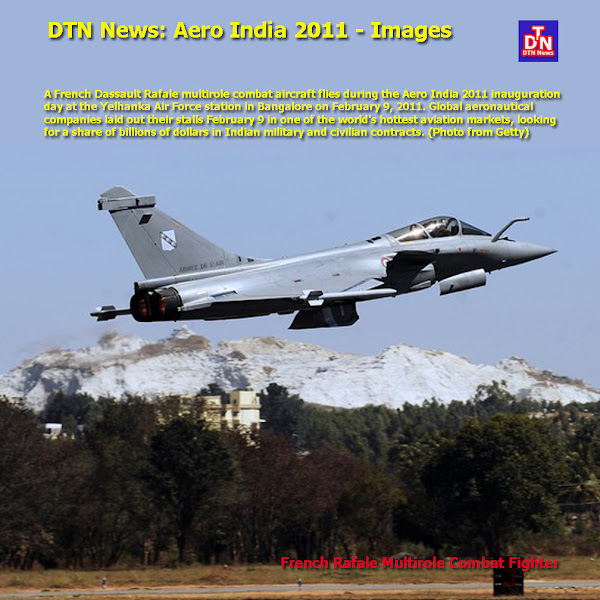 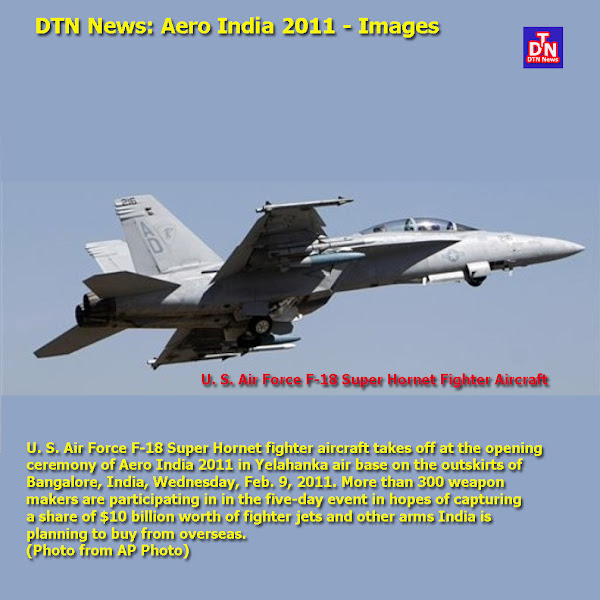 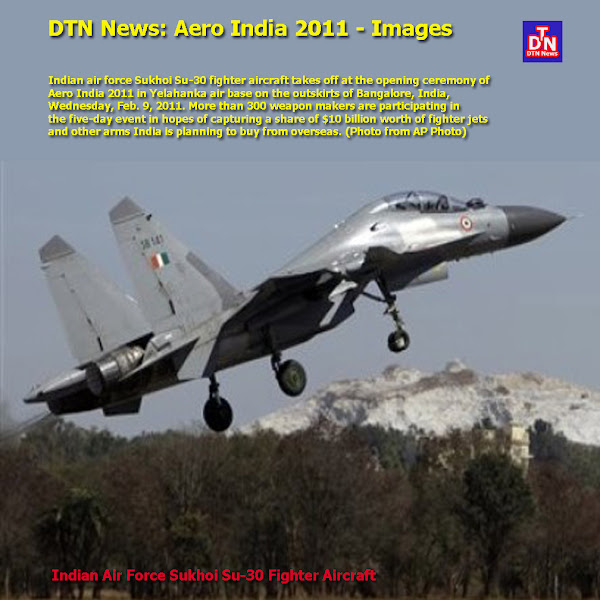 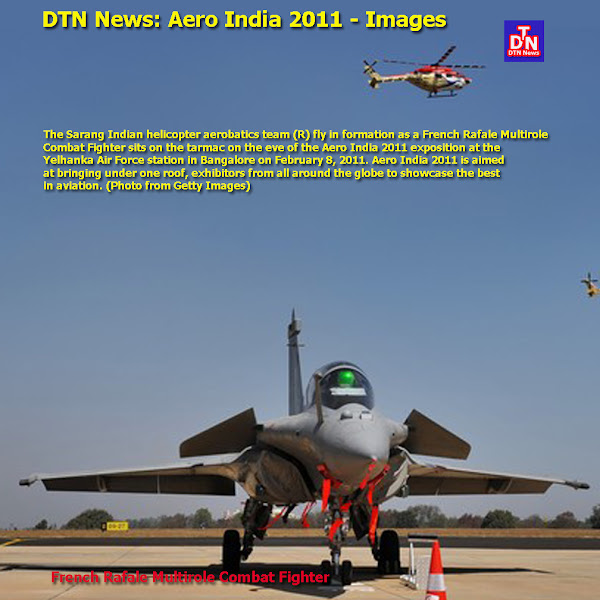 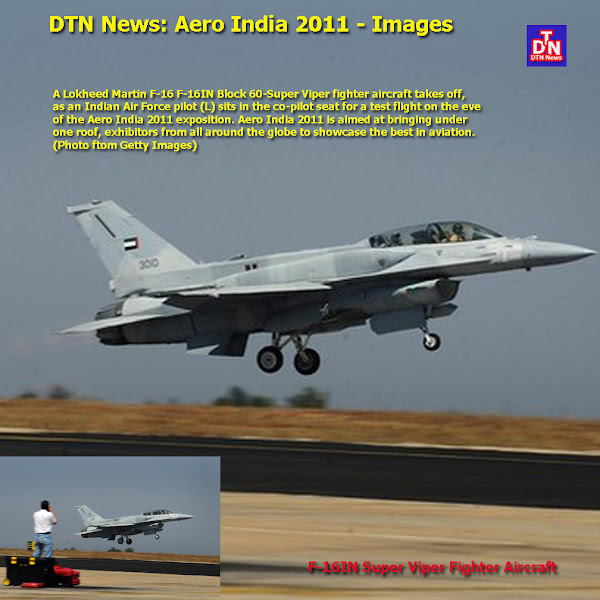 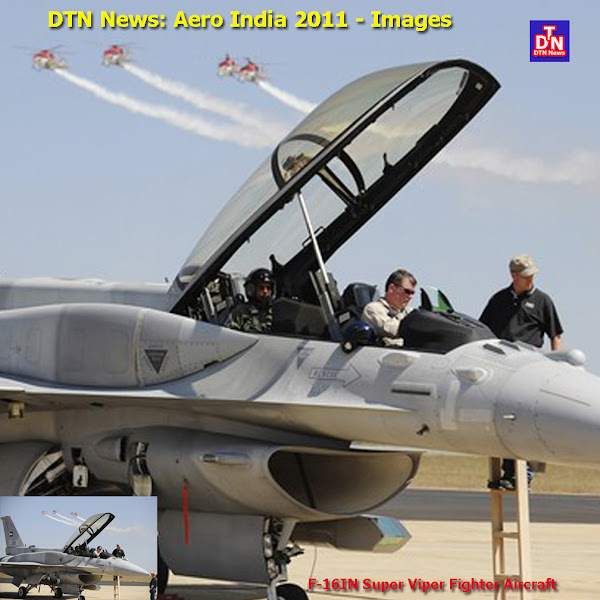 The breathtaking flying sorties drew thunderous applause from the gathering.

According to preliminary estimates from authorities, the fourth-day of the Aero Show today attracted at least 50,000 people and the numbers could swell on the last day tomorrow.

The visitors were vying for a vantage spot to witness the take-offs and pilots manoeuvring the jets.

The crowd was treated to a dazzling display from medium multi-role combat aircraft team of Lockheed Martin's F-16, Boeings Super Hornet F/A-18, Gripen of Saab and Rafale of French Dassault and Thphoon of Eurofighter.

It was an additional attraction for some visitors when Indian cricket captain MS Dhoni was sighted at the venue.

Dhoni, whose aspirations to fly F-16 fighter aircraft could not be realised as he had not undergone requisite training to fly, however, watched the air display. 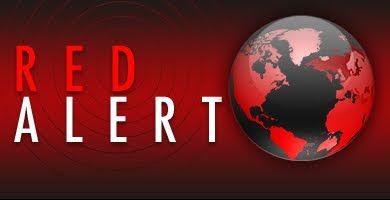 Source: Stratfor
(NSI News Source Info) TORONTO, Canada - February 12, 2011: Egyptian Vice President Omar Suleiman delivered the following statement Feb. 11: “In the name of God the merciful, the compassionate, citizens, during these very difficult circumstances Egypt is going through, President Hosni Mubarak has decided to step down from the office of president of the republic and has charged the high council of the armed forces to administer the affairs of the country. May God help everybody.”

Suleiman’s statement is the clearest indication thus far that the military has carried out a coup led by Defense Minister Field Marshal Mohammed Hussein Tantawi. It is not clear whether Suleiman will remain as the civilian head of the army-led government. Egypt is returning to the 1952 model of ruling the state via a council of army officers. The question now is to what extent the military elite will share power with its civilian counterparts. 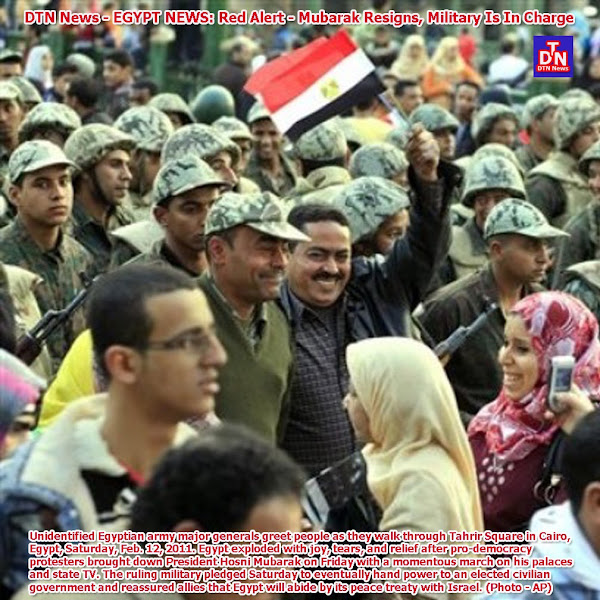 At a certain point, the opposition’s euphoria will subside and demands for elections will be voiced. The United States, while supportive of the military containing the unrest, also has a strategic need to see Egypt move toward a more pluralistic system.

Whether the military stays true to its commitment to hold elections on schedule in September remains to be seen. If elections are held, however, the military must have a political vehicle in place to counter opposition forces, particularly the Muslim Brotherhood. The fate of the ruling National Democratic Party (NDP) thus lies in question. Without the NDP, the regime will have effectively collapsed and the military could run into greater difficulty in running the country. While the military council will be serving as the provisional government, it will likely want to retain as much of the ruling NDP as possible and incorporate elements of the opposition to manage the transition. Sustaining its hold over power while crafting a democratic government will be the biggest challenge for the military as it tries to avoid regime change while also dealing with a potential constitutional crisis.