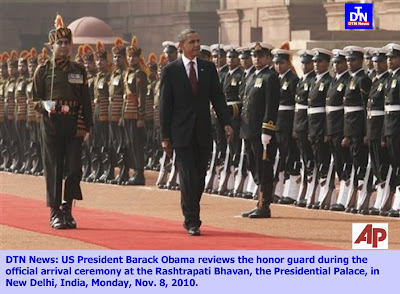 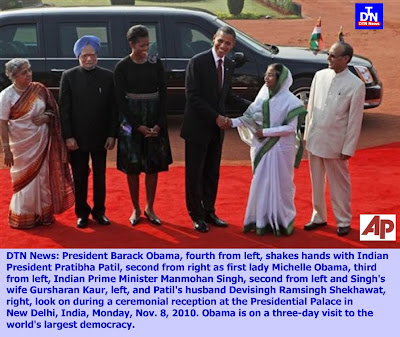 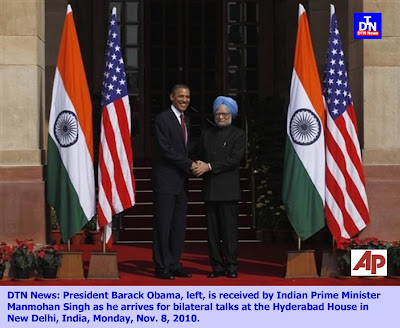 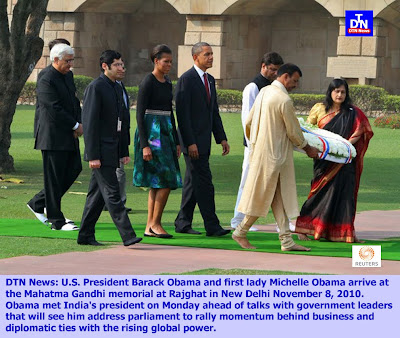 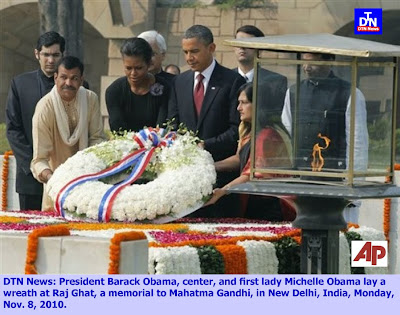 Among the deals it cited:

-Boeing, headquartered in Chicago, would sell 10 C-17 Globemaster III military transport aircraft to the Indian Air Force. The deal, if finalized, would make India the operator of the largest fleet of C-17s outside of the United States. 22,160 jobs. 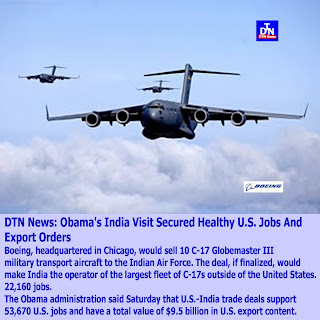 Other India deals for which the Obama administration did not provide job numbers:

Duke Medicine also will be partnering with Jubilant Life Sciences, headquartered in Uttar Pradesh, to conduct research studies and co-develop promising discoveries, with significant funding and in-kind support provided by Jubilant. Subsequent commercialization is expected to result in licensing revenue for Duke Medicine.