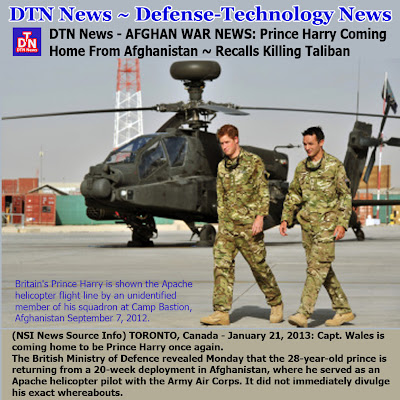 The British Ministry of Defence revealed Monday that the 28-year-old prince is returning from a 20-week deployment in Afghanistan, where he served as an Apache helicopter pilot with the Army Air Corps. It did not immediately divulge his exact whereabouts.
In interviews conducted in Afghanistan, the third in line to the British throne described feeling boredom, frustration and satisfaction during a tour that saw him kill Taliban fighters on missions in support of ground troops. He also spoke of his struggle to balance his job as an army officer with his royal role – and his relief at the chance to be “one of the guys.”