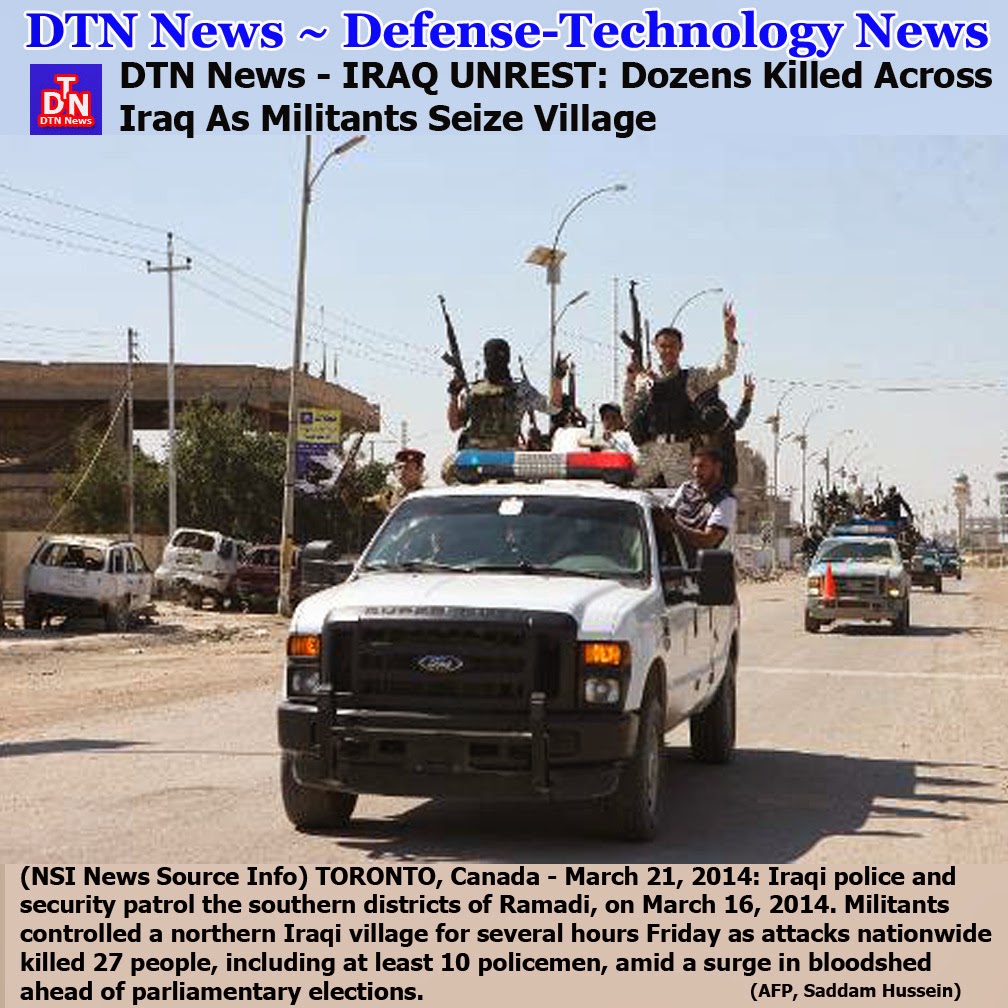 
The latest unrest comes barely a week before campaigning begins for the April 30 election due to take place as Iraq grapples with its worst protracted bloodletting since a brutal 2006-2007 Sunni-Shiite sectarian war in which tens of thousands of people were killed.
The unrest has been primarily driven by anger among the minority Sunni Arab community, which alleges discrimination at the hands of the Shiite-led government and security forces, as well as by the civil war in neighbouring Syria.
Shootings and bombings on Friday mostly took place in Sunni-majority parts of northern and western Iraq, killing 27 people and wounding more than 50, security and medical officials said.
In Sarha, militants mounted a coordinated pre-dawn assault on the village involving gunmen and a suicide truck bomb, and held it for several hours before Iraqi soldiers managed to re-take control, said a military source and Shallal Abdul, mayor of the nearby town of Tuz Khurmatu.
Sarha is near the town of Sulaiman Bek, which has been repeatedly targeted over the past year by militants who have sought to take control of the area.
The latest move is a small-scale version of the ongoing, months-long crisis being played out in Iraq's western Anbar province, where militants hold major territory.
Clashes first erupted early Friday in the Sarha region of Salaheddin province, between anti-government fighters and police manning checkpoints.
There was also an explosion at a bridge in the area, Abdul said.
Shortly afterwards, a suicide bomber set off a fuel tanker rigged with explosives near an army base where senior police and military officers were meeting, killing 11 people and wounding five others. 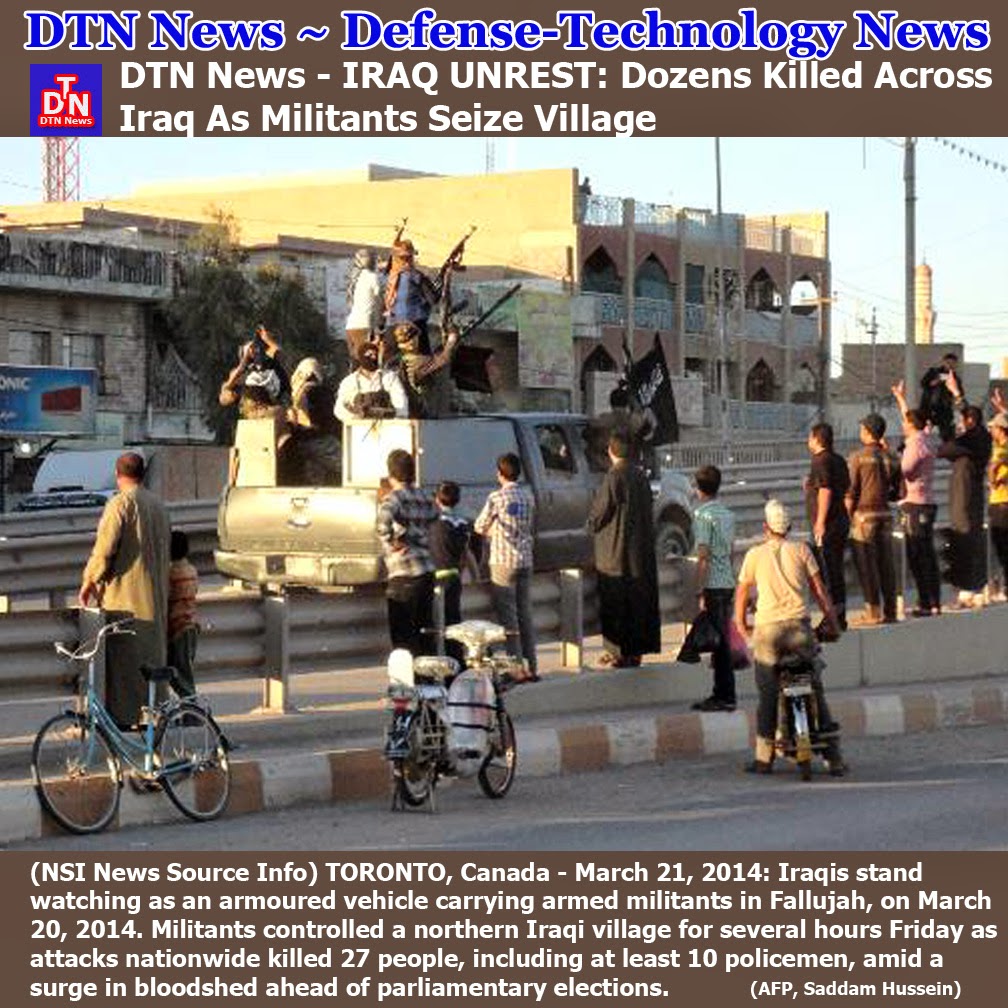 Among those killed were police Brigadier General Ragheb al-Timimi, his deputy Colonel Jawad Mohammed, and two other army officers.
- Suicide bomber hits funeral -
Elsewhere in Salaheddin, gunmen killed five policemen and wounded five in an attack on a checkpoint outside Samarra, while three other policemen were killed by a roadside bomb in Siniyah.
In the ethnically mixed northern province of Kirkuk, twin car bombs killed two people and wounded 26.
And in Anbar province, where militants have held key territory for more than two months, a suicide bomber blew himself up at a funeral inside a mosque in provincial capital Ramadi, killing six people.
In early January, anti-government fighters took control of parts of Ramadi and all of nearby Fallujah, just a short drive from Baghdad.
Security forces have since managed to wrest back control of most of Ramadi, but a stalemate has persisted in Fallujah, with soldiers staying on the outskirts and periodically shelling what they say are militant strongholds.
No group immediately claimed responsibility for Friday's bloodshed, but Sunni militants including those linked to the powerful Islamic State of Iraq and the Levant jihadist group are typically blamed for attacking security forces and carrying out suicide bombings.
More than 300 people have been killed so far this month and upwards of 2,000 since the beginning of the year, according to AFP figures based on reports from security and medical sources.
Analysts and diplomats have called for the Shiite-led authorities to do more to reach out to the disaffected Sunni minority in a bid to reduce support for militancy, but with the election looming, political leaders have been loath to be seen to compromise.