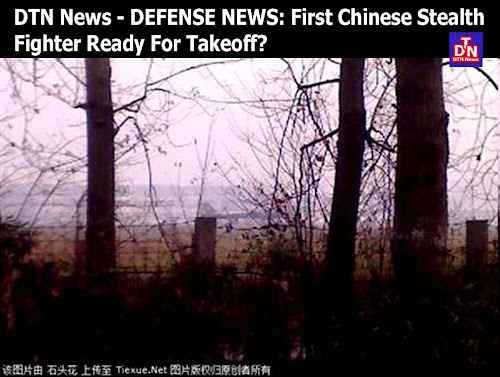 Half the fun of such sightings is trying to determine if they are real, or simply Photoshopped fighters created on computer screens. If you think it may be real, you try to figure out its utility -- and how other air forces might counter it. "Why would China need or want a short-range stealth aircraft?"asks Bill Sweetman of Aviation Week, a pre-eminent new-plane hunter. "Any targets with defenses that call for that capability are a long way from the mainland."

Some observers believe the jet is genuine, and overdue. "China has the money, they have the industrial expertise, they have the scientific base, the drive and motivation and of course the benefit of American research over 30 years acquired by legal or illegal means," one notes. "These enablers give China wide latitude in matching or exceeding American designs that are now 20 years old."

Others aren't so impressed. "Personally I think it is piloted by sharks and armed with an internally mounted death ray (technology provided by escaped Nazis who the Chinese found on the moon during their yet to be revealed highly secretive moon mission) with wing hard points wired for photon torpedos and Zeus's lightning rods," a second opined.

"Oh, it is also a `carrier killer'." That, of course, is a major concern of the U.S. Navy. If war were ever to come between China and the U.S., it would likely be over Taiwan -- and U.S. aircraft carriers would be key to winning that fight. Stay tuned.