Source: DTN News - - This article compiled by Roger Smith from reliable sources MinDef Singapore dated Jan 7, 2011
(NSI News Source Info) SINGAPORE - January 9, 2011: The Commander-in-Chief of the Indonesian National Defence Forces (TNI), Admiral (ADM) Agus Suhartono, called on Deputy Prime Minister and Minister for Defence Teo Chee Hean at the Ministry of Defence this morning. ADM Suhartono, who is on his introductory visit to Singapore from 7 to 8 Jan 2011, also called on Chief of Defence Force Lieutenant-General Neo Kian Hong this morning and will be calling on Prime Minister Lee Hsien Loong at the Istana this afternoon. 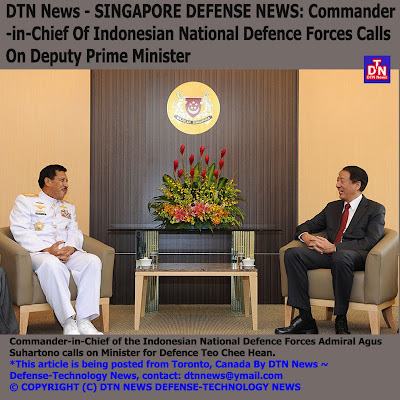 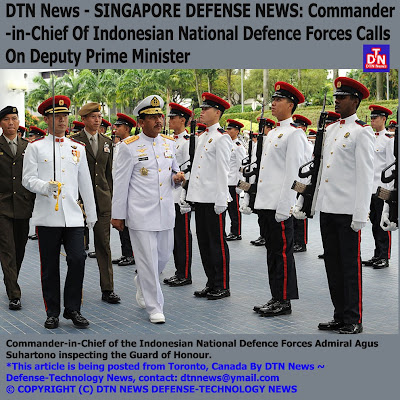 The visit by ADM Suhartono underscores the long-standing and strong defence ties between Singapore and Indonesia. The Singapore Armed Forces and the TNI interact regularly through a wide range of activities, which include visits, cross-attendance of courses, professional exchanges and bilateral exercises such as Exercise Elang Indopura, Exercise Eagle and Exercise Safkar Indopura. These extensive interactions have strengthened mutual understanding and defence ties between the two armed forces.

ADM Suhartono received the Meritorious Service Medal (Military) in September 2010, when he was the Chief of Naval Staff of the Indonesian Navy, in recognition of his outstanding contributions towards enhancing the good relations between the Indonesian Navy and the Republic of Singapore Navy.