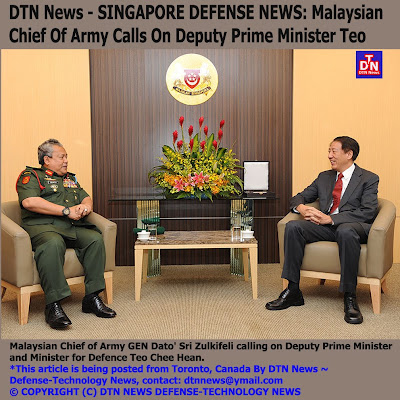 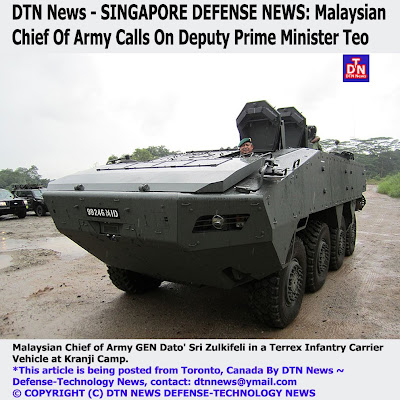 As part of his visit, GEN Dato' Sri Zulkifeli was at the Motorised Infantry Training Institute at Kranji Camp yesterday where he rode in a Terrex Infantry Carrier Vehicle. He will also be visiting Hendon Camp this afternoon, where he will tour the Parachutists' Training Facilities and be presented with the Honorary Master Parachutist Wing.

GEN Dato' Sri Zulkifeli's visit underscores the long-standing defence relations between Singapore and Malaysia. The armies of both countries interact regularly in a range of activities including professional exchanges, bilateral exercises, such as Exercise Semangat Bersatu, and multilateral exercises such as the Five Power Defence Arrangements exercises. These interactions have enhanced the mutual understanding and friendship between the personnel of both armies.